The 8th House Astrology: Occult, Magic and Secrets of the Unconscious 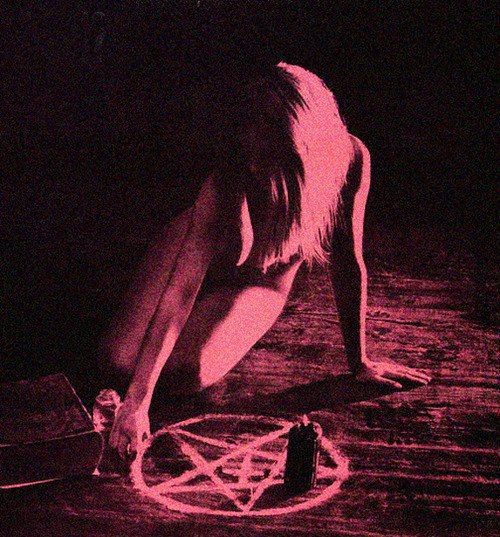 Apart from the 8th house in astrology being a place of grave robbers, escaped convicts, demons, vampires and wolfmen; the middle watery domain also rules hidden knowledge, opening the doors to many mysteries including – the self. The term esoteric implies knowledge of the select few and it is exactly where people with planets in this domain feel compelled towards. In this dark realm, is where we find the world of parapsychology, occult magic and the paranormal, including everything that forms a part of the invisible realm, the unseen, and also secrets.

The 8th house often concerns people who have some mystery and are interested in the supernatural. Magic has always been viewed as an anti-social activity and it’s not common in the everyday world of daily living to discuss mystical matters and have those deeper conversations, especially anything considering the mystery of existence. Though with the 8th house kind of knowledge, it is also deliberately hidden in order to prevent its abuse or degradation, and this was pointed out by C.A Libra in Astrology: Its Techniques and Ethics

Psychology is also thought of as magic as it transforms consciousness and aims at changing the stuff of the unconscious with its emotional toxins polluting our subconscious. Astrology used in conjunction with psychology has had its opponents over time. As Liz Greene has stated: ‘psychological astrology is not about abandoning astrology to psychotherapy, but about a way of understanding and reading the symbols of the horoscope which encompasses both inner and outer levels of experience, and points the way to the essential archetypes that underlie both.’

The occult science is also believed to obtain the mysteries of life and evolution. The belief for this is that humanity is not ready to understand and those in the know are also forbidden to speak of these mysteries. As C.A Libra explains, there is another reason for this hidden activity and it was due to the persecutions to which those involved were exposed. Most 8th house keywords usually involve occultism, torture, obsessions, abuse and destruction. The tormented eras of superstition and fear that produced the horrific deaths of millions of people judged to be witches.

Darkness and death are mistakenly equated with evil, and the Scorpionic woman finds herself in the middle of all these fears in a society that represses both the unconscious and sublime…She can use the power others give away to her, the charisma and magnetism accumulated from the projection on to her of the mystery and ‘dark forces’ that they fear. This is often Scorpio’s technique for survival, but it increases her loneliness. The Knot of Time: Astrology and Female Experience

Wherever Pluto is in the chart (the ruler of the 8th house) is where our own personal Moira lives. It reminds us eternally of our limits. Pluto rules blockages and immense frustration. Ultimately, getting to the bottom of our personal obstructions is incredibly difficult since it also unknown and operating below the surface. Self-help books advise us to uncover something in childhood that could be blocking us psychologically: financially, in our relationship, or preventing success. With Pluto, there is often a limit and it also feels as if there is a maximum level, at times, that one can reach, even though we know the planet rules all things limitless.

When thwarted in the pursuit of one’s desire, Liz Greene terms it as ‘wish,’ and it can create rage and equally be phrased as the death of hope or abandoning faith. The individual feels they can’t push past it even when using incredible willpower. Many times it is encountered as incredibly difficult and exhausting and still nothing appears. The impact of hitting the lowest level is also termed as our lowest point – all time low. Pluto can take us to the bottom of the pit, casting us down to play with our personal demons, throwing us into the depths to meet with our hell hounds. Throughout this process, a deep-seated depression can sink in over time, and it has the effect of making one’s outlook on that particular area – black. 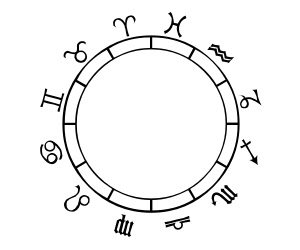 We are also told to look at issues of self-worth. How deserving we really feel when left alone in the deep unconscious of the Plutonian realm. Moreover, we need to examine those self-defeating unconscious messages underneath that are destroying all future growth. Pluto actually demands that we evolve beyond those limits. These are the ones put in place by the unconscious operating powerfully on the subterranean level. What changes lives is changing those feelings underneath, and a lot of what limits us is our self-beliefs. Blockages happen when we think we are undeserving, ugly, worthless, and believe we’ll amount to nothing in life. Such messages are, almost always, given to us in childhood.

To wrap this up, the 8th house involves the power of the unconscious, its transformation, and renewal. What this involves is the life-death-rebirth cycle into a higher consciousness.

One may make some educated guesses as to the nature of the repressed ‘wishes’ of Pluto, as well as the very good reasons for the ‘simultaneous inhibition’ which blocks their entry into conscious life…The are too violent, too vengeful, too bloodthirsty, too primitive and too hot for the average individual to feel much comfort or safety in their intrusion. Along with ‘wishes’ may be included memories, experiences of great emotional intensity which are forgotten along with their objects. Thus large slices of childhood fall beneath the censor’s knife – those slices which reveal the savage face of the young animal struggling for self-gratification and survival. Astrology of Fate

Where the Real Magic Happens

The real secret magic within the Scorpio, Pluto and 8th house archetypal realms of the chart may be about unlocking the unconscious, necessitating a journey of self-analysis and empowerment. The intriguing aspect of the occult is all about revealing a wisdom that has remained hidden under the surface for too long.

Confronted with Pluto, we meet our abhorrent compulsions: the impossible repetitive patterns of struggling with something only to meet it again and again…If these things really do change, they do so only through fire. The ruling values and the belief systems of the ego must die first. Astrology of Fate