The planets, signs, and houses can tell us many things about the personality, explaining our temperament; to what drives the personality and how the character is expressed. We can look at the chart for many different areas, probing many facets of the individual all from different angles. that is why astrology will always remain the best analytic tool for understanding the psychology of any given soul. A personality feature that we are examining in this article is somebody that seeks to avoid reality. The definition given for this state:

EARTH relates to everything physical, everything we see with our eyes, and rules over material security, our place in the world and learning about nature and its healing benefits. The element of earth (Taurus, Virgo and Capricorn) rules over the sensation function, a term Jung conceptualized and relates to the world of objects such as the chair one is sitting on or the table in front of us. The energy is the most practical, common sense, and well organised of all the astrological elements. Taurus is the first of the earth signs and is of the fixed element tending to be the most stable, grounded, and rooted. Virgo is the most movable of the earth signs because of its mutable nature and is the mental type. i is ruled by Mercury seeking to analyse nature. Capricorn is the worldly sign and seeks to build and to contribute to society being part of the final four signs. Liz Greene calls the earth triplicity the “reality function”. In its extreme expression, earth is over-ambitious, over-analytical, and over-burdened.

The fire signs are viewed as the children of light in the horoscope possessing brightness of spirit, laughter, courage, and energy. The fiery trigon involves the quests and journeys, along with the knights (Aries) and queens (Leo) and kings (Sagittarius). If you have a Grand Fire Trine in the natal chart it is like being handed a royal deck. The fire element is all about the potentialities of the world, representing the spiritual quest and having faith in a deity.

Often there is enormous self-belief and religious feeling and a spark inside that intuits a feeling of there being more to life. Many of the fun moments of life belong to fire as it is the element governing pleasure, amusement, children and wonder. We sense what is truly possible, seeing the bigger picture. It is the sunshine after the rain. Everything takes on more meaning and there is always a brighter tomorrow with all the possibilities inherent in a new day. Fire signs usually have the most “personality.”  They are shiny, happy people all the time, but many are found on stage, in theatres, and travelling. The fiery element very often finds the earthy world colourless, boring and feels weighted down. The energy also tends to get overinflated with grandiose fantasies and also overdoing, overexcited and overabundant. Arroyo terms the fire signs as the trinity of life the experience of being alive.

The element of Air (Gemini, Libra and Aquarius) is more interested in the world of ideas and it can lead to an impracticalness in applying abstract thoughts to reality, and then, of course, they can be over-abstracted, over-intellectual, and over-articulate.The air signs have detachment and idealism, and life is more about the conversations happening, allegiances formed, and groups gathering. Often the harmony of the world is an important factor for the element of Air as they strive for agreement, friendship and unity.  Gemini is duality with a connection to the spirit realm and is about making connections, contrasting realities, and possesses the mind of a butterfly. Libra is about symmetry, equilibrium and balance as well as being attracted to beauty and its aesthetics and the theory of art. Aquarius is a sign related to numbers and math, discovery and science. Within the air signs, we find a powerful need for perfection. The below quote sums up air eloquently in its coldest beauty, highest excellence, and in its most perfect form. Reality clashes because it is deeply flawed.

“Mathematics possesses truth, supreme beauty, a cold beauty without the gorgeous trappings of painting or music, yet sublimely pure, and capable of stern perfections such as only the greatest art can show…the sense of being more than man, which is the touchstone of the highest excellence is to be found in mathematics as surely as in poetry. – Hiding in the Mirror

The water signs exist heavily in the emotional realm and their responses are powerfully connected to the unconscious level. Being connected to liquids that form all rivers, lakes seas, and rain they operate from very different levels. Pisces lives fully in the depths of the ocean dealing with inner feelings and spirituality. Water signs are the most introspective and subjective of the elements using their psychic faculties, imagination and intuition to guide them through life.

The signs of Cancer and Scorpio are not strangers to reality and deal more with it than Pisces. The zodiac sign represented by the fishes has a layer of skin missing and is too sensitive for the world. Scorpio is close to the underworld and the invisible realm; the reality behind the curtain, and its probing nature can easily see through hypocrisy, facades, and falseness, missing nothing. What makes Scorpio more real is its deep understanding of human nature and the cruelty of others there are no pretences. Cancer is vulnerable to life like Pisces, and extremely sensitive, but also has a shell. Pisces runs back to the ocean to its magical powers of reconnecting the individual with the soul. There is a level of toughness in both Cancer and Scorpio that can protect them using a hard exterior as protection from the torrent of the world. In the extreme, water signs can be overemotional, oversensitive, and overcomplicated. All the water signs have a proclivity for living in the inner realm too long, being concerned with soul growth and the inner psychological work that needs to be done – focused on life’s hidden mysteries, secrets and enigmas.

Mercury, Gemini and the planet Uranus are the youthful energies. Youth has never been considered responsible, predictable or stable. Youth is more about freedom and having fun and living life. Gemini is called the eternal Peter Pan, symbolising the mobility and youthfulness of never wanting to grow up. Mercury is light on his feet in the mind and hearts of the type.

Peter was a Sun Sign Gemini: Peter’s personal natal Sun was a Mutable Air element of Gemini when he was created. Oh, yes! …he was destined to never grow up, searching for something he never quite found, forever destined to be sure of only his shadow…

The Uranus person can be somewhat erratic, unpredictable, and flighty. Uranus is often equated with the puer aeternus – the eternal youth. It represents restlessness and rebelliousness testing limits, breaking the law, veering off the traditional and worn path. In Liz Greene’s interpretation of the Puer, it is a spiritual aspiration, a longing to escape earth. A connection to the divine child always lives within the spirit of the individual when the archetype is particularly powerful in a chart. Jupiter and Uranus are indicators of those that resist the material realm. The fiery, heavenly god, Jupiter, with illumination and great truth, has a direct connection to the meaning of life. Uranus rules the cool beauty of logic, the mathematical world and the higher intuitive nature of the cosmos at large and how it all works.

The Weight Of Saturn 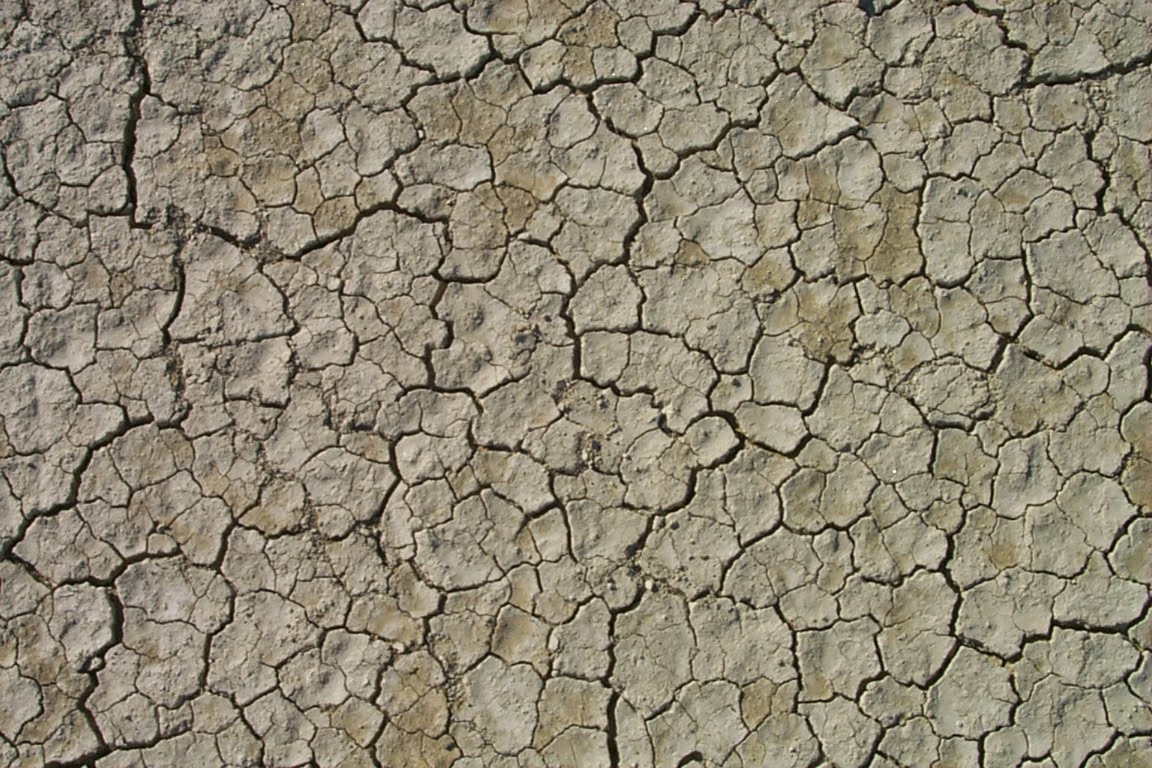 People born with Saturn (old man) emphasized in their chart have sometimes found that their youth lacked the spontaneity and freedom of their peers with many adult responsibilities placed on them or other restrictions – perhaps social anxiety and shyness that circumscribed them. Saturn is the reliable planet and the earthiest of all the planets, ruling actual Earth. It weighs us down, right to the ground, and limits movement.

“Saturn’s restrictive power is well reflected in the case of a man in whose chart had Saturn and Capricorn were prominent and who was feeling a need for change. He found himself doodling pictures of a man surrounded by a square box, symbolising his sense of restriction.”

This is the heavy “reality” of reality and how it can make one feel. Even though we can feel on one level incredibly secure, safe and everything is reliable, earth can be physically beautiful like nature peaceful and calm. With earth, we can also get stuck in ruts, develop anxiety, fear change, and then over-analyze all the small stuff in the immediate environment, sucking all the meaning out of life. Saturn’s action is naturally contractive, sometimes indicative in the chart for a sense of lack, deficiency, and loneliness. Also, Saturn has been said to be the most painful in water signs and houses and feels heavy burdens and emotional weights.

Jupiter contrasted with Saturn is often irresponsible, along with Sagittarius, but this is not always a criticism for Jupiter risks and takes chances, gambles on life, seeking new conquests. Whereas Saturn is afraid to open up and won’t take opportunities as they present themselves and is overly skeptical, anxious and fearful of failing and letting others down.

Neptune is most opposite the earth environment, it also attests the greyness of the world, its responsibilities and trappings. The soul longs to move through a sea of possibilities, dreams and beautiful landscapes not come crashing down to earth with a bump. Not to be imprisoned in the physical body. While there is always a magical quality about Neptune people, there is also immense sensitivity to feeling the pain of others too much. Neptune is the least worldly in every sense, escaping through the imaginative faculty or drink and drugs, oversleeping and avoiding life.

Air, fire signs, Mercury (Gemini) and Jupiter (Sagittarius), Uranus and Neptune take individuals away from reality, and the drives and expressions are more comfortable with the spiritual and intellectual realms.