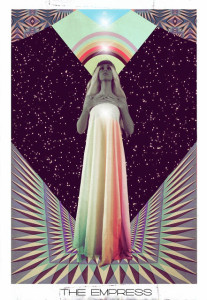 In astrology, Uranus represents the greatest breakthroughs in history, and those with the planet strong in their horoscope often want to say new things and push the boundaries of human thought beyond where they have been before. Often this is done by pushing their view into new territory. One can almost imagine them as an intergalactic visitor from space, a genius from some cutting-edge society, eager to investigate the mysteries of Earth. The universal has always proven to be a strong allure.

Uranian people, those with planets in Aquarius, Uranus on an angle, and personal planetary aspects to this outer planet, love to study brains and behavior figuring out how it all works. Uranus is related to consciousness, a powerful dimension of our lives, and this is something that can change our “psychology”. The more conscious we become it influences how we behave, think, and live life.

The powerful mind of the Uranian is also used to pursue the secrets of natural phenomena in the hope it will give up its secrets. Uranus rules higher intelligence and shows skills at scientific research. Many of these individuals have exceptionally brilliant minds and are dazzling in fieldwork with whatever laboratory investigations, research instruments at hand, working with scanners and imagers, calculators of an advanced sophistication, running theoretical simulations on a computer and building working models.

In every Uranian, there is a complex – higher dimensional geometry, flirting with the unusual, reveling in the sense of striking out and being different. The inchoate yearning for transformation is present, flinging open the windows of perception, that will let the fresh air of modernity sweep through musty corridors. Uranus people possess insight, imagination, innovation, and a pioneering spirit. They’re not guardians of the status quo, they embrace the spirit of change, throwing out the rubble accumulated over years and replacing it with something in-tune with the times. Uranian insights break the surface of the mind, giving birth to new ideas, and many of their concepts sit oddly with standard ways of thinking.

Most school children are taught the world is made of atoms. They have been shown that even a solid rock is an empty space with tiny particles flitting about and colliding forming more masses of energy. Atomists also suppose that the human soul is made up of glimmering particles, making us wonderfully eternal.