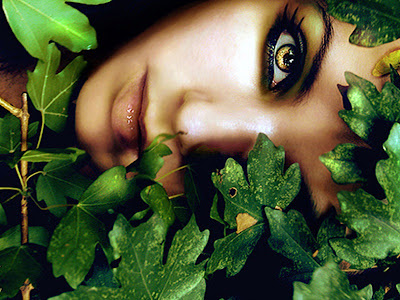 Ownership can be very important to some Taureans, and money and property can be utilized as a form of defense. For others, money itself may matter less than a familiar environment into which one can retreat. This can also mean a stable job which, although uninspiring, has the merit of being secure, or a relationship which, although difficult, has the merit of being safe.

The famous Taurean resistance to change can be understood at a much deeper level when we recognize that as a defense against chaos and the terrors of the unknown. Any basic astrological textbook will tell you that Taureans don’t like change. But we need to understand why, because this allows us not only to respect the defense mechanism, but also to enter into the inner world of the Taurean and recognize what kind of fears might underpin his or her notorious intractability. This is a far more intelligent way of interacting than simply stamping one’s foot and shouting, “Why are you so bloody stubborn?” or “How can you be so materialistic?” Taureans are often terrified of the destruction that might ensue if their world falls apart into disorder or what they identify as theirs is taken away from them.” Barriers and Boundaries: The Horoscope and the Defences of the Personality

Taurus is by far the slowest moving sign, and arguably the one that carries the greatest amount of inertia, so once Taurus gets moving, it’s very difficult to stop it again. In the Northern Hemisphere, where astrology developed, Taurus relates to the middle of springtime, when the world has settled into a calm routine of steady growth, and this is very much what Taurus likes: slow steady, progressive growth. By Kevin Burk, Classic Astrology

As a fixed earth sign, Taurus often suffers from feelings of insecurity. The Taurean must feel that the one he loves is at least attached to him as he is to the one he cares about. He will always demand proofs of loyalty and devotion, and the wise lover will know how to supply them. Taurus needs constant demonstrations of physical tenderness. With some this desire can be carried to the extreme, as Taureans are known to be extremely sensual and demanding in their sexual appetites. It should be remembered by the sons and daughters of the second sign are very physically orientated and take great pleasure in their bodies. The Taurean woman loves good perfume and soft clothes. She is extremely sensitive and can feel that there is something wrong with her if her lover forgets to give her a goodbye kiss when he goes out or neglects to compliment her on her hair. Alan Oken’s Complete Astrology: The Classic Guide to Modern Astrology

Another question, more for Moon in Taurus individuals, would be: Do my possessions own me? Can I take a long trip without worrying about them? Could I sublet my house to a stranger if my company sent me to Mideast for six months? Am I free or am I bound to the material world? Am I a dependent personality. Do I possessively hold on to my boyfriend or to my children instead of giving them freedom to make their own mistakes in life? If we think of Taurus as prima materia (prime matter or modelling clay) and the Moon as form (which Plato called her), we may have the impression of a double dose of receptivity in the Taurus Moon. We may find a support person who becomes dependent on the other or others and whose clinging dependency may alienate the other and may cause claustrophobia. Archetypes of the Zodiac (Llewellyn Modern Astrology Library)

Modern astrology equates Taurus with fixity, fertility, fruitfulness, and security – all energies that relate in some way to things that grow in the earth. While not every Taurus is a gardener, it is true that their lives closely parallel the cycles of nature. In the Taurean spring, it is important which seeds are planted, as well as making sure that the right thing is planets at the right time. One cannot plant flowers in the dead of winter. The seedlings must be watered properly and given the right amount of light, food and nurturing. Such tasks are required of Taureans, and during spring cycle their proficiency at sustaining the young plant, waiting, and watching its growth patiently, is more important than the expectation of results. The summer cycle is associated with an ease of existence which many Taureans try to extend beyond its normal time frame-that of sitting back and basking in the richness of the beauty around them, observing the vibrancy of colour and the abundance with which nature has rewarded them for their careful planting and nurturing. Mythic Astrology: Internalizing the Planetary Powers

Taste is another quality often to be found in Taurus. Taurus’ tastes tend toward conventional, rather than the startling; if you want shocking taste, try the fire signs, or perhaps the air signs. Earth, being more realistic and conscious of the demands of society, tends toward good quality which are not likely to suddenly go out of style in six months. Taurus is not a ‘fad’ person. But within the confines of his more solid, almost bourgeois palate, his taste is usually impeccable. Never obtrusive. Maybe a really good car, like a Bentley or a Rolls Royce (never something as flashy and unreliable as a Lamborghini, which always has to be in the shop to be tuned). Something solid and reliable that speaks not fashion, but solid wealth. Taurus has strong roots in tradition. And often there is a love of the old and the antique – antique furniture, antique lace, antique shawls and jewelry, old masters’ paintings. Solid, ageless, valuable. Astrology for Lovers

When Taurus finds its true purpose and something to occupy its drive and energy, its creativity knows no bounds: the skills of painting, sculpture, musical composition, and architecture are all expressions of the artistic talent of Taurus. However, in order to create Taureans need a wake-up call: they must be reminded that life is constantly in a state of flux. Taureans are famous for being stubborn, for digging their heels in, and for standing their ground. This can be positive if they need to maintain their position (but may be negative if they’re simply resisting change). The Astrology Directory