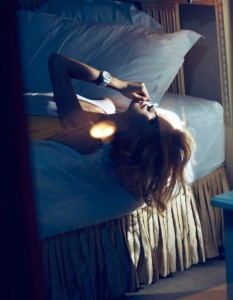 Astrologically, we would look to the Twelfth house, Neptune and Pisces for the unconscious aspects of the personality. Dreams are said to be the mind’s way of making sense of the various types of input we receive in daily life. Much of what lies dormant in our conscious minds becomes accessible to our rational mind through the imagery of dreams.  Slumber as in nighttime sleep is a place of dreams as well as oblivion. It has been proved that the human being needs sleep in order to function successfully. Indeed, sleep deprivation has a profound effect on our ability to function effectively in daily life.

Mental and physical breakdowns occur very quickly without the relief of the dreaming process. The link between the twelfth house and dreaming is quickly understood by the confusing, illusory, colourful, weird and disorganized content of a dream. During waking hours, we are continually taking in information which must be stored somewhere until we can categorize and fit it into our lives. Often people look at Pisces, Neptune and 12th house people and remark how they look like they’re off in some dream world. The unconscious is like the ocean and the planet Neptune is thought to rule the imagination. The twelfth house is one of the most inaccessible houses to understand because the very things it represents are by nature hidden, illusory and tend to slip from view.

Twelfth House: Higher Self and Drive Towards Wholeness

Some people do not believe that dreams ‘serve’ any function in our lives other than providing us with confusing, disordered and random images. Most people don’t even remember their dreams and cannot see any connection at all between dreams and daily life. Thousands of years ago people paid sharp attention to dreams and believed they contained valuable, prophetic or clairvoyant information. It was also believed the information was sent by the gods as warnings and guidance. Some people believe it is possible to recapture past life memories from the subconscious during sleep because of temporary disengagement from the most critical elements of the conscious mind.

In the light of modern day knowledge, we believe it to be the Higher Self that guides us through life, and the drive towards wholeness was influenced by certain themes within this great unconscious. Jung believed that there were dark and repressed sides to our personality that would trip the individual up. In traditional astrology, the twelfth house is described as the house of self-undoing, the dissolution of the ego, sacrifice and suffering. The concepts are not easily digested, but it was thought to represent unlived energies as if it was some kind of dustbin of the astrological houses.

Most of our lives are so busy, filled with tasks, chores and responsibilities, that we don’t have enough time to analyze or ‘pay attention’ to the symbolic meaning behind dreams. In addition, we tend to associate our most imaginative, colourful and vivid dreaming with that bit of undigested food in our stomachs and don’t consider a dream to have any real significance at all. It has been suggested that dreams are a sort of self-cleaning, self-clearing process which makes room each night for the next day’s information. Moreover, dreams are thought to be a storage house for all the undigested and unprocessed contents of the psyche.

Symbolically, dreams also point the individual to something that they are ‘not paying attention’ to in their waking life. If we suffer from repetitive dreams, it is said that the ‘message’ and significance of the imagery will not leave until we confront what the dream is trying to tell us. Astrologers associate the 12th house with cleaning out the closet, in particular, everything that is unacknowledged, ignored and repressed in ourselves.

Dreams often bring up images of people from our past, and they may wear the face of a loved one that has passed on, and retrieve buried memories. It is thought that they present a way of solving problems which may seem impossible on the conscious level. Jung labelled this level of ‘reality’ the Collective Unconscious. The Greeks believed that many dreams are the wondering soul through the astral realm and many of our dreams reflect the landscapes and images that are found in the astral world.

It is said that the astrological gods appear in our dreams in different forms according to the modern day symbols of the planet. Mercury can now appear as a text message, but hundreds of years ago, he was more likely to be seen as a letter received. Anger in a dream can be timelessly seen as an image of Mars, and represents passionate emotions that are distressing us. Poison in a dream is symbolic of deep buried resentment and emotion that is not good for us, other people’s beliefs and attitudes contaminating us, vengeance and hatred (Scorpio, Pluto and the 8th house).

In dreams, we play multiple selves (Pisces) and we need to identify with everything in the dream as belonging to us. We are all parts of the dream, and we also need to understand the emotional charge and images that speak the loudest. The symbols of any dream are highly significant and loaded with psychological meaning.

For more information on the twelfth house in astrology