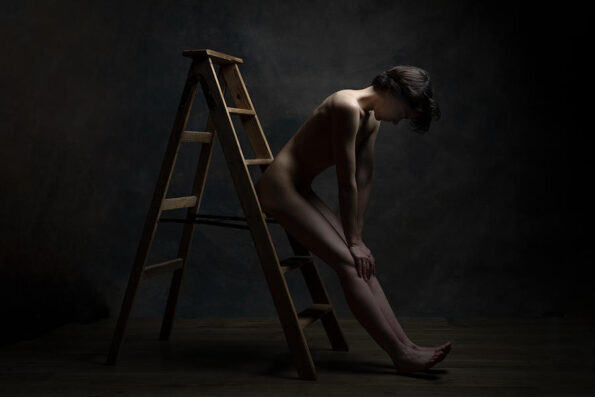 Your obsessive disposition is channelled toward material success, public displays of authority, and dominating roles with Pluto in the 10th house. There’s an insatiable thirst for achievement; a yearning for significance and influence; a perhaps pathological preoccupation with one’s vocation. This may be an indication of an unhealthy obsession with work and a heightened drive for success. Pluto  here has the power to leave an unforgettable imprint on the public realm thanks to their dogged perseverance, impressive organisational skills, and bold vision. You are a hard taskmaster, both on yourself and others, and you have an extreme level of dedication to your work and your goals. Your success will attract the attention of rivals, who may show their disdain for you through displays of jealousy and hatred; however, you will not let this bother you. No matter how many people try to derail you along the way, all that matters is that you arrive at your goal.

If you find that you cannot personally rise to heights of social and public prestige, then you will attempt to maintain contact with those who have, so that power by association can be experienced. Other ways to express this compulsion are either to oppose the Establishment, by having extreme revolutionary or libertarian views, or to use any influence and power that you have in order to reform existing structures of authority. Much will depend upon how you deal with people, because that is likely to sow your seeds of future success or failure. You will need to evaluate your personal motives and values in the light of any public fame or success, to free yourself of any glamour and illusions concerning authority and power, and from the need to tie your sense of identity in so strongly with your ambitions. Pluto, acting as a transformative and subverting energy, will use such aspects of your life to force you to discover new ways of understanding. If your personal identity is supported by being in a position of power, then be ready for Pluto to erode your influence and reputation, perhaps stripping you of it altogether. You need to have a deeper perception of the social responsibilities of authority, and how to use it correctly and in a socially beneficent manner.

Pluto in the 10th  brings about societal change and the destruction of worn, obsolete establishments. When Pluto is placed here, you are driven to make a major impact on the world, and nothing can stand in the way of your ambitions. As a result of this metamorphosis, you can achieve heights of magnificence that are unattainable by the normal individual. Pluto’s ability to understand what lies behind the surface of life may point you toward a profession that includes working with people’s psyches if you’re looking for something in which to invest deeply.

According to Howard Sasportas:

Those with Pluto in the 10th ultimately require a career which is deeply engaging, meaningful, and exciting. Either the work is of a ‘Plutonian’ nature or they approach the whole area of work with the kind of intensity and complexity associated with this planet. Some may be responsible for reforming existing institutions of society which are outworn or outdated. Other fields related to Pluto are those of medicine, psychology, and occult or psychic work, investigative science and journalism, politics, mining, atomic research, etc. I have done charts for two people with Pluto in the 10th who were in jobs in which they were not allowed to reveal the exact nature of their work. Some may engage in careers which reflect society’s shadowy side – such as prostitution, crime or underworld involvement. Occasionally, I have come across people with Pluto in the 10th who tell me that they have no ambition. Usually, on some level, they are frustrated by the lack of influence they wield, or the unchallenging job they are already in. In certain cases, it strikes me that some people with Pluto in the 10th may not find their true vocation until they are more capable of using their power wisely and for the good of the larger whole, rather than for purely personal ends.

This position of Pluto at the top of the chart can be indicative of a troubled dynamic with those in positions of authority because it usually necessitates confronting the issue of power and, at times, exposing the establishment. When Pluto is placed in the 10th house, it can indicate that you will suffer dishonour at the hands of those in authority, and there is also a common mistrust of authorities. Pluto must periodically destroy and rebuild existing structures. For some people, this means giving up a stable job and starting over in a whole new field. Furthermore, you may see changes in your career, be publicly shamed, see your reputation ruined, or witness the end of your professional life. One day you may be laid off, taken over, or watch your company fail. There are moments when you simply can’t stand doing what you’ve always done for a living. The good news is that even if the worst should happen to your career or calling, you can pick yourself up, dust yourself off, and try again.When you get to the top, you’ll have to learn how to establish yourself with the right amount of force, and Pluto’s presence in any house shows how that power is used or abused.

You are deeply sensitive to the problems of society and to people who are victims of political, social or economic injustice. Because you understand people’s individual difficulties and problems, you are better able to cope with larger social issues. You use any tool you need to help those who cannot help themselves. Privately you feel that you are destined to serve society by fulfilling this obligation and that in the future you must be dedicated to serving others. With knowledge comes power as well as the responsibility for upholding the highest standards of using that power. You have an opportunity to satisfy the most pressing needs of society, because of your talent for getting people interested in the programs you start for their benefit. You have the power to do whatever is necessary to have them accepted. Because you are devoted to the task, you will win the support you need to achieve your goals and help others achieve theirs. You have the great privilege and awesome responsibility of helping to determine how social conditions will evolve. Don’t forget those who helped you when you needed it. One good turn deserves another; and you will have many opportunities to repay the favors you received when you needed them. Ambition is powerful but complex. You may wander about for long periods, aware of intense ambition but unable to find suitable expression. Or you may be thrust into a position of authority in a profession for which you did not consciously prepare. Also, you may abruptly change professions at critical points in your life. It can appear that you’ve burned your bridges behind you. You’ll know, however, that you are still being faithful to an inner calling, that you simply had to destroy old forms in search of better avenues of expression.