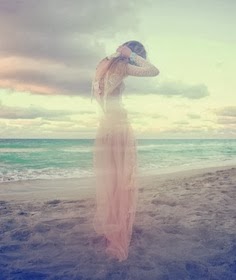 The death of someone close is something everyone will have to deal with at some point in their lives, and we all have questions about what happens to us when we die.  Some people have approached dying and death as if surfing one last giant wave all the way to the shore. We all wonder where we will wake up on the other side and where those waters will actually take us. Astrologically the 12th house deals with the intangible world of spirits, the afterlife, and the idea of eternity.

The universal longing and search for a spiritual absolute sits right here. We are all looking for a sense of meaning to our lives, but I think we all have to learn lessons about living in the here and now. We will all reach heaven in our own time, but by nature, the Neptune part of our soul has a harder time with living in the reality of the present and longs to return to the source of all creation. Tales of the afterlife often tell of a flood of past life memories returning, white lights and seeing relatives again that have passed. The 12th house takes us through the deep mists of time, and there is also said to be a sense of weightlessness. 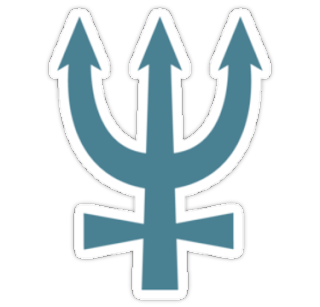 After my father died when I was in my late teens, my mother took us to a church to see psychics who claimed to be able to talk to the dead. It was disappointing to say the least, and we were hopeful that we would receive a message from the other side. An important lesson learned through this experience is that it may be left to the individual to find peace, resolution, and acceptance, and not rely on the empty promises of a bunch of fraudulent psychics. In Pisces, 12th house or Neptune we are looking for something spiritually illuminating, and we need to know there is something waiting for us at the end of our human life, some kind of reassuring beacon of light.

In the book Waking Up it said that 20 percent of American’s describe themselves as “spiritual” rather than religious. This definite split seems to reflect the difference between the 9th house of religion and the 12th house of spirituality.  Although the claim seems to annoy believers and atheists equally. Yet, I can see how being spiritual is entirely different from being a religious type of person. The author also claims that two important truths can be asserted simultaneously, and astrology can vouch for these two separate houses of faith and belief.

Pisces, Neptune, and the 12th house, all rule over altered states of consciousness, such as dreaming, sleep, hypnosis and states of being that take us into a flow of peak experiences and mystical realms. It can contain beauty, depth and mystery capturing a glimpse of the impossible. The Neptune archetypal images rule the imaginative boundless and creative power. It houses a storehouse of images that are beyond interpretation and bigger than the world of facts and cannot be contained within the earthly realm.

For many western people in the modern era, the religious idea of an Eden afterlife seems intellectually absurd…but for the excessively Neptune prone, the vision of a magical afterlife pursued in this life – where all suffering of separateness will cease and a state of primary fusion will return –may overwhelm any capacity to live with the reality of the present. The Astrological Neptune and the Quest for Redemption