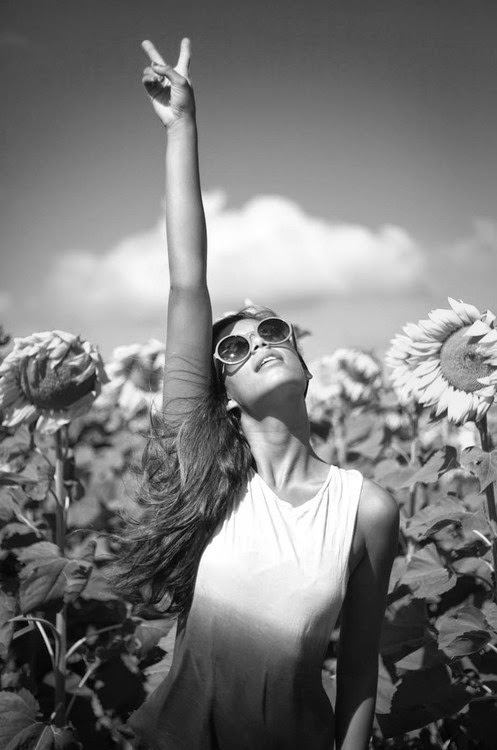 The Sunflower, also known as Helianthus, embodies the vitality of Leo’s existence. During their growth, these flowers travel towards the Sun, but as they begin to bloom, they come to a complete halt. Many aspects of Leo’s life are comparable in terms of self-expression, with his inherent force always developing. Leo is the astrological sign that represents the centre of the flaming trigon and the centre of the zodiac. It is dominated by the Sun, which is a brilliant blazing orb. It is the Sun, at its most fundamental level, that provides us with all of our life energy and serves as the universe’s heartbeat. It is the middle sign of the fiery zodiac, Leo, which represents the drama and divinity of life, and is considered to be the core of the human being. It was believed that the Sun was a God by the ancients, who put it at the heart of their spiritual existence. It was the source of all life, the custodian of all power, and the greatest enigma. You either bowed to it or just shut up and gawked.

Leo, like the Sun, must be seen to be believed. Individuals who believe in their significance in the grand scheme of things have a strong sense of faith in themselves.  According to astrology, Leo is the source of life, defined as a “sovereign spirit” by astrologers. Those born under the sign of Leo have a strong feeling of destiny, and they are driven by a strong desire to be faithful, honest, and true to a profoundly felt particular purpose.

All fire signs (Aries, Leo, and Sagittarius) are high-energy individuals. Leo is no exception, yet there is one distinction: the Sun is the most important source of energy in the zodiac. The Sun is the life-giving body, and all the others are illuminated by its reflected radiance. This is why the zodiac sign of Leo, which is controlled by the Lion, likewise emanates a powerful and captivating personality and boasts a great deal of vigour. The amount of energy is tremendous. The majority of Leo personalities are generous, self-assured, friendly, sociable, and good-natured. Those born under the sign of Leo have a strong will and are often filled with intense desires. Furthermore, they are outstanding at following their interests with a great deal of zeal and vigour. In fact, they are devoted to any endeavour in which they may apply their creative vision, organisational talents, and capacity to inspire others to the greatest extent possible.

Many Leos are always seeking praise from others, as well as being acknowledged and recognised. Anyone born under this zodiacal sign boasts a natural’star quality,’ and should expect to be surrounded by adoration and love from everyone. Leo is a giving person to an extreme degree. The force of love also guides them in their romantic pursuits, and they enjoy being the centre of attention in partnerships, since they have a large number of fans. Leo is also considered to be a show-off, who is extremely demonstrative and has a strong desire to demonstrate to the world its enormous feeling of pride in what has been accomplished and what is genuinely loved.

The ferocious lionesses that are always ready to protect their lovers and children with their energetic and strong-willed personality are among the most desirable female kinds. Many of the female types may be playful, kittenish, and incredibly appealing. Of course, there are the drama-queens among them who enjoy being pampered and despise the monotony of everyday life; they are not here to be wallflowers.   Many suggestions have been made for romancing the Leo female, including standing as she enters the room, giving her your complete attention, and making sure she is handled in a regal manner. While most of this is overstated, she does love being the centre of attention and requires to be wined and dined and treated as if she were amazing. Males and females born under this sign are endowed with a childlike spirit that exudes the same essence as children; they are ‘genuine,’ open and honest, and possess pure hearts.

According to Carter – Essays on the foundations of Astrology – the author states that as with all fixed signs, it seems that it is what Leo is rather than what it does that matters.

Nevertheless there is a real goodness in the true Leo, a warm kindness of heart and unselfish affection that is rare in other signs…It is the sign of Divine Splendour. Yet, it is symbolized by an animal, and in this sign man is not beyond the dangers of a relapse to the natural kingdom and irrational passions. Essays on the Foundations of Astrology

The sign of Leo is marked by an intense feeling of purpose, a strong sense of self-expression, and a strong sense of Supreme will. Individuals who were born under the fixed signs (Taurus, Leo, Scorpio, and Aquarius) have been described as having tremendous desires and a strong desire for something. In reality, desire is a powerful motivator, and Leo has a strong desire to be recognised for its magnificence, as well as a want to be at the centre of attention, which has led many to choose careers in the performing arts. It makes little difference whether or not they seek this profession since they have a natural flair for drama as well as for theatrics in their personalities. Furthermore, they have a strong desire to be recognised for their achievements; they like being different from the rest of the crowd. Leos are terrified of becoming just another face in the dismal crowd of human civilization, and they yearn to be one of a kind. However, although some astrologers claim that Leo is a sign of will rather than desire, whatever way we look at it, Leo is fuelled by a deep desire that is a pure spiritual fire.

But in Leo, fiery activity manifests as the will to self-expression, the will to personal mastery, the will to immortality through physical, or artistic, or political progeny. It is indeed a fiery will, an emotional urge to go forth and to conquer, to multiply oneself through a multitude of creations stamped with one’s own image. The Zodiac as The Universal Matrix (The Lost Writings of Dane Rudhyar Book 1)

All of the fire signs (Aries, Leo, and Sagittarius) yearn to be noticed and to be different from the crowd. The fire signs are bursting with vitality, vigour, zest, and excitement, and they are personified by the zodiac sign of Leo. Those born under the influence of the fiery element are frequently filled with hysterical laughter and joy. When we enter the Fire Trilogy, we are standing at the threshold of a life that will take us to a more fulfilling existence. Leo is driven by the need to be different and stand out from the crowd. In an endeavour to obtain this recognition, the personality of Leo is more theatrical than the other signs. They are guided throughout life by the energy of their existence, which is manifested in many different ways. Courageous individuals may be found all over the world, and the term “courageous” comes from the Latin cor, which means “heart” in English.

Leos are real people who are gentle, warm-hearted, and loving in their hearts. Words like generous, majestic, and bright can be used to describe their character. Leos are drawn to positions of leadership and desire to be regarded in high regard. Many Sun-ruled people are well-suited for positions such as director or chairman, since it allows them to be recognised for their contributions. As might be expected from a sign ruled by the mighty Sun, there is also an element in Leo that believes they have a divine right to be in the forefront and centre, and even before they have demonstrated their abilities or produced anything of value, they automatically expect to gain the attention and respect of those around them.

In short, Leo need an audience and the ability to be the centre of attention, and he likes being the centre of attraction. In the opinion of Carter, the faltering pride of the sign of Scorpio is not the emotional sort of Scorpio, but rather one that is centred on vanity, and as a result, they are easily pleased and even tricked. Despite being a fire sign, Leo is also surprisingly sensitive, and it may be easily offended by criticism, which it takes very personally. Because it is a fixed sign, the nature of desire is strong and has a tendency to maintain a high level of stability. Leo has been noted as the only fire sign who is known for finishing what they start on a regular basis.

In Leo everything which is owned must be put to use. It must help to make a show. Wife, child and home must be displayed. Everything must flow out; and obviously this feeling arises only in the person who knows himself to be inherently full of energy or riches – or at least pictures himself as rich and powerful. The Zodiac as The Universal Matrix (The Lost Writings of Dane Rudhyar Book 1)