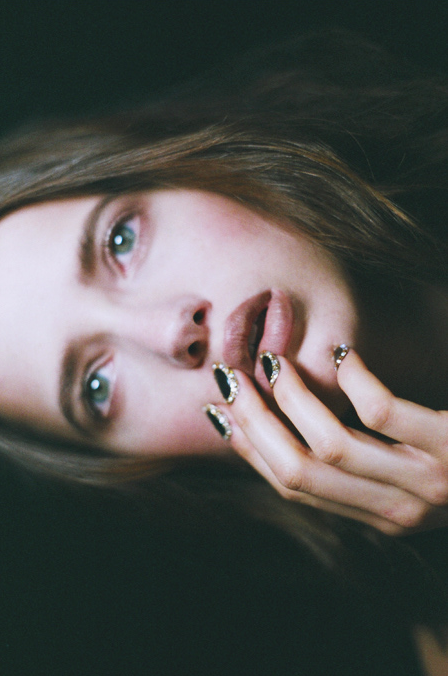 I thought it would be interesting to analyze the charts of people killed in the most unusual accidents. It involves different cases of accidental death from the self-inflicted gunshot to the accidental fire, and even electrocution. According to astrological observation and research, the signs most prone to accidents are in fact the mutable signs; these are Gemini, Virgo, Sagittarius and Pisces. The Jupiter ruled signs (Sagittarius and Pisces) can commonly indicate careless accidents, and the Mercury-ruled signs (Gemini and Virgo) are prone to diseases of the mind. The planet Mars can represent physical danger and a red warning flag, and let’s face it the war god acts on impulse and does not think about the consequences.

The personality/psychological link with accidental incidents can be obvious especially in view of the following cases. Accidents Involving gas or drowning can be related to Neptune. The planet Mercury rules transport in our immediate environment including bikes, scooters, cars, etc. For any immediate transport accident, we look to Mercury, Gemini,  or the 3rd house. For long distance travel, we look to Sagittarius, Jupiter or the 9th house. Astrologers look to the natal chart to explain external events by analysing the inner workings of the individual. Should we, however, take full responsibility for an accident? Is an accident exactly that, an unexpected event that is no one’s fault? We are made up of “psychic energy” and the stuff we are made of permeates every part of life, and our accidents often reflect our own personality.

Clement Vallandigham was an Ohio Unionist of the Copperhead faction of anti-war, congressional representative opposed to Lincoln. Vallingdom dies at the age of 50, after accidentally shooting himself with a pistol.He was representing a defendant in a murder case for killing a man in a barroom brawl. Vallandigham wished to prove the victim had in fact killed himself while trying to draw his pistol from a pocket while rising from a kneeling position. As Vallandigham conferred with fellow defence attorneys in his hotel room, he decided to show them how he would demonstrate this to the jury. Grabbing a pistol he believed to be unloaded, he put it in his pocket and enacted the events as he imagined them to have happened, shooting himself in the process. Vallandigham proved his point, since the defendant, Thomas McGehan, was subsequently acquitted and released from custody. Vallandigham, however, died of his wound.

Natally Clement has a mutable T-square involving Mars in Virgo opposite Jupiter in Pisces, and this implies careless (Jupiter) actions (Mars). Chiron and Pluto are also in Pisces, and ALL square to Uranus in Sagittarius. This configuration has accidental written all over it. Mars is the planet of violence and impulsiveness and Uranus rules the unexpected surprise, shocking, or accidental events. Mars rules firearms and weapons of all kinds, and his Mars-Pluto aspect can indicate extreme forms of violence. Jupiter is in Pisces squares Uranus in Sagittarius. This heightens the probability for accidents. I have seen the combination of Mars-Jupiter in many charts involving the dare devil type and it describes actions that are not thought out carefully. This is an extremely tense configuration involving the mutable signs and all T-square accidental Uranus.

While working on the film The Warrens of Virginia, Mansfield is severely burned when a match, tossed by a cast member, ignited her Civil War costume of hoop skirts and flimsy ruffles. Mansfield was playing the role of Agatha Warren, and had just finished her scenes and retired to a car, when her clothing burst into flames. Her neck and face were saved when leading man, Wilfred Lytell, threw his heavy overcoat over her. The chauffeur of Mansfield’s car was burned badly on his hands while trying to remove the burning clothing from the actress. The fire was put out but she sustained substantial burns to her body she was rushed to a hospital where she died in less than twenty-four hours.

Natally Martha has a tense and violent mutable t-square involving Mars in Virgo at the apex of a tense t-square to Saturn in Sagittarius and Pluto in Gemini (Mars-Saturn-Pluto). Mars rules fire and Pluto is an explosive energy, and this combination is highly inflammable. Both Mars-Pluto and Mars-Saturn are classed as violent aspects. The whole combination describes anger that has a tendency to be bottled up and restrained, and it can build up to potentially violent consequences. Natally Mars-Pluto can be uncontrolled fire, and deep seated rage, and perhaps Martha’s psychic energy is powerful and full of rage and anger.

He was killed at Pendine Sands in March 1927 while trying to regain his own world land speed record that had been broken just weeks earlier by Malcolm Campbell on the same beach. He was suffering from influenza and turned down a lucky black cat charm from a little girl, announcing, “I will put my faith in my maker!” His car, Babs, used exposed chains to connect the engine to the drive wheels while the high engine cover required him to drive with his head tilted to one side – the right. On his final run the right-hand drive chain broke at a speed of 170 mph (270 km/h), partially decapitating him. Astrologically, Venus, Saturn, Chiron and Pluto all conjunct in Gemini (transport), Pluto is in Taurus at the critical 29th degree. Mercury in Aries squares Jupiter in Cancer. He does not always think the consequences through, and Aries is impulsive and fast.

While standing in a filled bath, Claude noticed a light bulb that was not straight, tried to straighten it and was accidentally electrocuted. That was the official version. There are those, who believe other accounts including foul play. Whichever is true, with Claude François having died at only 39 years of age, his death brought a wave of public sympathy for a French “national treasure’. The Sun is in Aquarius in the 11th degree and is square to Uranus. Astrologically we would describe his personality as progressive, interested in technology and someone who needs to be different from society, we might describe such a strong combination of Aquarian energy as electric with a need to shock others or with a futuristic focused personality. He has a Mars-Jupiter contact and again in mutable signs, suggesting carelessness.