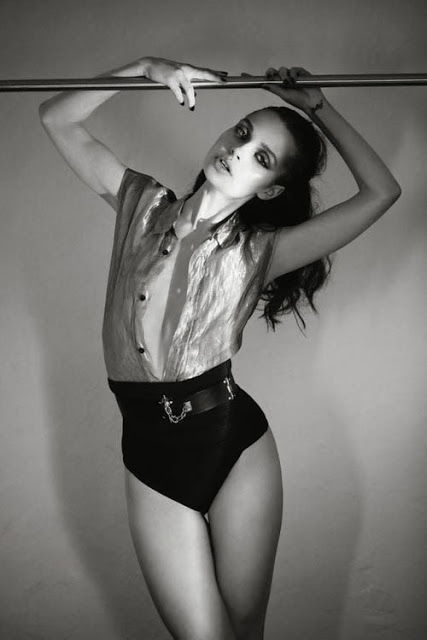 Do Mutable squares and oppositions really count as possessing the same tension as the other modes? These are the type of hard aspects that bend and are flexible at the edges. I’m not by any means saying that mutable aspects are easier than any other kind of difficult contact. Astrologers believe that a mutable hard aspectual action is variable, less fixed, and more movable. Mutable energy in the chart is also thought to be scattered, unfocused and easily distracted. The energy is spiraling or distributing outwards in multiple directions and is flexible in its mode of expression. Also, those with many planets placed in these signs could be pulled in different areas and there may be scatteredness as a result of the difficulty of being able to focus.

The mutable or cadent quality (formerly called “common”) represents different aspects of the mind, so people with a strong mutable emphasis in their horoscopes live a lot in their heads. If they also have strong earth, they will use their minds to produce tangible form in the world, but they will still be highly mental. It is easier for the mind to change and adapt so a mutable emphasis is also associated with flexibility and versatility. Strongly mutable people bend and bend back, they observe the world, seek to understand it, and learn vicariously. By Expanding Astrology’s Universe

Astrologer Carol Rushman in The Art of Predictive Astrology: Forecasting Your Life Events has noted that mutable T-square people (Gemini, Virgo, Sagittarius, and Pisces) may be the heroes of a dysfunctional family. Often coming from single parent homes where they had to take a lot of responsibility for the family. Although she also warns parents of mutable T-square children to be careful of the friends and environments they choose because they’re so chameleon-like and become what they are exposed to.

Charles Carter in The Principles of Astrology

remarked that the mutable signs often allow others to reap their labors. mutable sign people often show uncertainty and it is unclear what direction they will go. All squares share the same modality (Cardinal, Fixed, or Mutable) but they are found in the four different elements (Fire, Earth, Air, and Water). According to Sue Tompkins in Aspects in Astrology: A Guide to Understanding Planetary Relationships in the Horoscope, “a Sagittarius-Pisces square is the big dreamer of the zodiac, always found searching for the ideal. However, she also warns that they can be drifters with a hopeful feeling that something will turn up tomorrow.”

Many mutable sign people are learners and teachers. The mutable signs relate to our mental attitudes and are concerned with ideas; they are adaptable, changeable and are usually related to writers, journalists, and publishers. Astrologer Charles Carter and author of the book: Essays on the Foundations of Astrology, states that a Sagittarius-Pisces square presents much less of a problem, and there is an excess of feeling and sentiment and emotional restlessness. The Gemini-Virgo square produces high mental activity and intelligence; the main weakness being a lack of incentive. The individuals with this type of square also have a tendency to bookishness and seclusion.

Carter believes the Virgo-Sagittarius square (ruled by Mercury and Jupiter) is OVERLY critical. Sue Tompkins says the type has a tendency to exaggerate (Sag) other people’s imperfections and perhaps be over liberal with criticisms (Virgo). The author also asserts that there is a natural skepticism of others beliefs, but on the positive side this combination brings their philosophy of life together with the need to serve and is a good placement for occupations in the voluntary sector and charitable organizations.

The Gemini-Pisces square is another square that some astrologers don’t see as bringing much conflict to the native. The worst that is said is that the type fears insanity, and tends to superficial chatter. Carter says the common signs (mutable) have the possibility of dispelling conflicts in talk and discussion. The unmovable and embedded quality of the usual “complex” is most likely to occur under the fixed signs.

A similar view on the fixed square/s in the horoscope is something that Liz Greene also discussed in The Horoscope in Manifestation: Psychology and Prediction when dealing with complexes. The author emphasized that our fixed aspects are the ones that become most ingrained in our personality. This might be due to the immovable nature of the fixed signs, and also the self-pride, stubbornness and refusing to budge type of attitude. On the positive side, these people are often the most determined and do not give up easily, usually achieve their goals, as these signs do not let go easily.

It is supposed that the mutable types are the easiest to get along with, and this is mainly due to these individuals being gifted at adapting to the environment. The only dilemma these guys face is their over-yielding nature, being too easily side-tracked, and adjusting automatically when perhaps standing and being firm is the better option. The usual readings for the aspects by themselves are usually accurate without going on too much about the planet’s mode or element. However, the further we delve into astrology and enter into the modes, elements and general actions of the signs the better understanding we begin to have of ourselves and our complex natures.

The Bubblegum Babe's Guide to Gemini
We can spot a Gemini when they announce they're bored. Bored bored bored. Does anyone want to come over and play video games? Gemini is curiosity's cat, they're speedy, zipping back and forth. This ty...
The Quirks of Being a Gemini
Gemini is witty, chatty, inquisitive, and is a very social creature with a strong urge to communicate. They like to talk a lot. Sometimes the individual can be involved in a bit of gossip here and...
Pisces Purpose
Pisces purpose in life involves understanding the needs of others, being tolerant, empathetic, and loving unconditionally. Although it is thought that Pisces may have its fair share of suffering, sa...
Pisces: Disappearing into the Deep
Pisces is the last of the MUTABLE signs, in the element of WATER, signifying the time of completion of the seasons in the zodiac year, and starting the cycle round once again. Being highly sensitiv...
The Fire Signs: Too Much of Something
The fire signs, Aries, Leo, and Sagittarius have the gift of seeing life’s opportunities, and having lots of planets in the element of fire often signifies a person with great reserves of en...
Eclipses: Astounding Coincidence or Celestial Plan?
An eclipse is freaky, spooky, and creepy. Keep your distance from this darkening and occultation -- it's dangerous. It involves the two "Lights" representing the two basic factors in human experience.