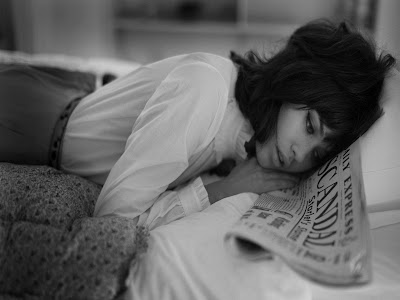 The News of the World has been at the centre of phone hacking allegations all this week. The paper is scheduled to cease publication following the 10th July 2011 in the wake of the scandal.

The tabloid, well known for exposing celebrity sex scandals, drug users and criminal is now under police investigation after it was revealed they hired a private investigator and hacked the phone of murdered schoolgirl Milly Dowler. After the public backlash the company has lost advertising revenue, and the scandal heightened after it was revealed they hacked in to the phones of families of soldiers killed in action.

The paper was also at the forefront of the controversial campaign to name and shame alleged paedophiles, and it resulted in angry mobs terrorising those they suspected of child abuse. There were numerous instances of mistaken identity and people wrongly accused, and the News of the World was blamed for being grossly irresponsible.

The paper has a colourful history, and the horoscope reveals some interesting revelations. The company’s first press release was published on the 1st October 1843, in London by John Browne Bell. It quickly established itself as the most popular Sunday paper and the sales continued to prosper.

The paper has Mercury in the sign of Scorpio at 0 degrees (critical) opposite its dipositor Pluto, showing a powerful opposition. Mercury rules all forms of communication, writing, reporting and informing and in Scorpio is certainly no featherweight placement. Mercury in Scorpio is extremely good at ferreting out information and it makes for excellent investigators, researchers and private detectives. They seem to know things on a non-verbal level, and there is often a pronounced interest in the occult, hidden subjects and the underworld.

Mercury-Pluto is similar in interpretation and refuses to accept anything on face value, and possesses the urge to dig deep. The contact is always looking for hidden motives, and frequently shows a paranoid, questioning and suspicious nature. The News of the World  seemed to have a sort of X-RAY mental vision into stories, but the public were unaware of the extreme lengths the investigators would go to uncover the truth.

Mercury-Pluto is drawn to uncovering what is secret, concealed, buried, and mysterious. Pluto (Hades) is the lord of the underworld and perpetually drags Mercury down. The Paper’s natal Saturn is also square Pluto and this is a heavily, suspicious aspect in the natal chart. A facet of the News of World’s horoscope that brings with it heavy responsibilities and “scapegoating” tendencies.

On the negative side Saturn-Pluto contacts are ruthless, determined, if not heavy handed. On the positive end, it is a contact that be seen in the charts of those who are powerfully determined and ambitious. There is also a Jupiter-Neptune conjunction in Aquarius that carries high ideals, excessive idealism, and can be prone to sensationalism. The poor judgement and gross (Jupiter) irresponsibility (Neptune) of ethics (Aquarius) is also suggested.

Pluto (grim reaper) in Capricorn has brought an end to another well-established business/co-operation. It’s kind of ironic that the News of the World exposed others, investigated stories, and hired private detectives and are now the ones under the intense heat of investigation.

A look at the transit for this particular time reveals Transiting Pluto and Uranus both challenging the paper’s Sun. Transiting Pluto conjunct Mars and Uranus square Mars means that there was the potential for things to blow up. Pluto transits often indicate one chapter closing and a new one beginning. It can show massive losses and the threat to the basic identity (Sun) of the tabloid. Uranus brings surprises, shocks and sudden revelations, and the company has revealed that it will close business and 200 staff will be unemployed.