Mute Signs: Including Other Speech and Communication Difficulties 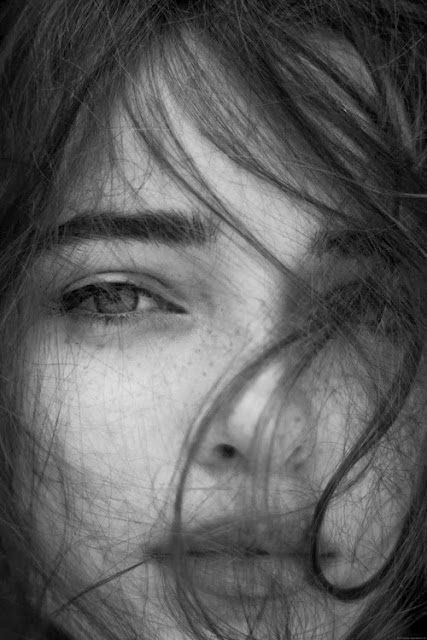 Older astrological textbooks use the term: Mute or even dumb to describe the water signs (Cancer, Scorpio and Pisces). It is believed that when Mercury is afflicted in one of these signs, it results in quietness, difficulty in speaking, or even speech impediment. The designation mute was probably given because these watery creatures are “mute” by nature. The signs are also referred to as reptilian signs as they rule the signs that make no audible sound.

Mercury in the 12th house is another placement that is often associated with some form of communication difficulties and many of these individuals suffer from feelings of not being heard, misunderstood, and a powerfully sensitive mind.

The silent Twins Jennifer and June Gibbons, were born with Mercury in the 12th house trining Pluto and a Moon-Neptune conjunction in Scorpio. The twins socially withdrew from the outer world and would only speak to each other, turning to crime as teenagers they were eventually institutionalised in prison.

I am not a believer that communication challenges cannot be overcome, and some of our greatest astrological ‘afflictions’ may become one of our greatest strengths in later years, but only if we are willing to put in the effort to improve our Mercurial areas. Mercury in a water sign challenged by Saturn is said to cause stammering, and in Lewis Carroll’s (writer) chart he has Mercury in Saturn’s sign (Capricorn) forming a square to Pluto (ruler of Scorpio). I think this may have caused a fear and blockage in the area of social commination, but his strength lay in his ability to write children’s books like Alice in Wonderland. King Charles the I of Scotland and Ireland was said to suffer from a stammer as a child, he has Mercury in Sagittarius square Neptune in the 12th house, but he also has Saturn in the 3rd house (Mercury’s house) in Scorpio’s sign. This is very mistrusting and defensive sign in communication.

Einstein was considered a slow developer as a child and his parents feared he was mentally retarded. His teachers would say he would never amount to anything because of such slow development. Einstein has Mercury conjunct Saturn and so a delay (Saturn) in speech (Mercury) would be something to consider with this combination. Mercury-Saturn individuals often have a problem with authority figures, parents, teachers or guardians who somehow make them feel less than adequate in the area of learning and communication. The examples of writers and Einstein’s chart proves the case that an “afflicted” Mercury has nothing to do with the level of a person’s intelligence, and many astrologers argue over whether intelligence can be seen in the natal chart. The only thing we can assess is the style and mode of communication of an individual, and we do not know the person’s level of learning, or even know if they have a speech impediment just by looking a a horoscope.

Mercury-Uranus in aspect has often been seen in the charts of those with Tourette’s syndrome, and this would be the right kind of astrological symbol to apply to this condition because it affects the neurological system, wiring of the brain and is characterised by sudden outbursts and vocalisations, (Uranus) poor volume control, and the compulsion to swear and use unacceptable swear words, shocking (Uranus) others who don’t understand the individual’s medical condition. Saturn is the planet we associate with holding back, delaying and also what society terms as acceptable. Whereas Uranus is rebellious, truth seeking and unpredictable in behaviour.

The winner of Big Brother 7 in 2006 was a Tourette’s sufferer and he has his natal Mercury in Pisces square Uranus. The condition describes Uranus’s uncontrollable movements like tics, sudden jerking, blinking, lip smacking, arm flailing, and hissing. There are so many speech impediments and communication difficulties that could be attributed to the different planets and signs, and this is an area worthy of further study. The argument of psychological and physical ailments is also a powerfully charged issue amongst psychologists and doctors. However, even astrologers deal with what we might term “psychic” inborn patterns in the natal chart.

I have Mercury in Pisces square its ruler Neptune, and I was quiet in school, and other children used to tease me for being mute. The teachers can be just as bad and if we don’t all conform, and are not chatting all the time or possess an outgoing personality we are perceived as different. This is why astrology is  needed in society so that we can understand different forms of communication and learning styles and different personality types. It is also essential that we understand our children from their natal charts, and Astrology clearly spells out that we are not all made of the same “stuff”.

One child at my school even said I would make a good a “sign” language teacher one day, and he wasn’t far off (winks), but astrology probably isn’t the sign language that he had in mind. Maybe Mercury-Neptune children are trying to “tune out” the world in some strange sense. Pisces has a way of only communicating with the world of fantasy, imagination, and dreams. Astrologer Liz Greene linked Mercury-Neptune to a form of autism where little or no communication passes form the child to the outside world, and no outside influence impinges on the child’s inner world. The author believes we all have elements of autism within us where the lines of communication have broken down.