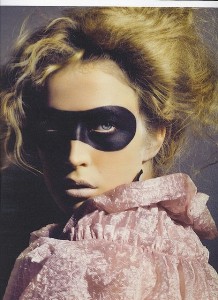 Sue Grafton is the author of mystery novels and she titles them by using the alphabet letters “A” is for Alibi and “B” is for burglar – selling over 7.5 million copies. It is no real surprise to find the author has entered into this world full of perplexity, death and intrigue, unmasking true motives. Sue possesses a dark Moon in her horoscope and is deeply colored by intricacy. The Hades Moon is devastating, unflinchingly honest, and it is often found battling against enormous odds. The inner strength and passion of the soul are absorbed in intuition, femininity, and hypnotic power; the potential of this lunar energy in the natal chart is always transformative. It can be difficult uncovering all sides of such a mystic creature, as there is always a deep secretive side, with strong emotions. All of their creativeness and destructiveness is turned within the self, and there is always something partly hidden.

Many a Scorpion Moon passes through a phase of jealousy, love and revenge, tasting the darkness. We find that any encounter with such an intense and hooded, femme fatale invites us to unravel a mystery, solve a crime – dig into the past, and often bury it for good. The immersion into the darkest of reality can often mean the individual is considered morbid and not many folks can understand their questioning into life and death. However, an individual with a Hade’s Moon (Scorpio, 8th house, or in aspect to Pluto) is the Queen of enigmas, puzzles, thrillers, whodunits, taking us on a magical ride through charades, mystification, and labyrinths. It can be intensely emotionally satisfying to uncover the truth and discover what lies beneath unlocking life’s closed doors. The darkest Moon loves to probe others’ psyches and is something of a born spy, detective – excellent researcher.

The background of Sue’s childhood reveals she was brought up by alcoholic parents. The mother died of an O.D on Barbiturates on the writer’s 20th birthday, and this must be an incredibly difficult day. Married life hasn’t always run smoothly and the break-up of her second marriage led to a bitter six-year custody battle, igniting those 8th house – power struggles. Also, after her first marriage, she divorced, remarried and relocated indicating the massive changes in her personal life.

Sue is the “poster child” for my Moon in 8th house interpretation and almost matches nearly everything in the reading, probably due to the repeated themes of her lunar placement:

“The Moon in the 8th house symbolizes an emotional make-up that is deep, intense and extremely loyal. Also, the instinctive power of their feelings and the depth of perception are unmatched…..The person’s ability to probe beneath the surface of life gives them an honest view of the world…The 8th house rules abandonments, trauma, crisis, family secrets, legacies and skeletons hidden in the closet. There may have been something in the family background that created a situation where the person felt unsafe, threatened and exposed to the darker elements of human nature. A dark family history may involve alcoholism, abuse, violence, insanity, murder, criminal activity and often something dramatic. Issues in life may involve emotional battles for power, emotional betrayals, volatile states and a repressed inner nature. The Hades Moon never reveals itself entirely, and there will always be a hidden aspect of their nature….The Moon in the 8th house has been linked with the death of the mother….The person has an understanding of what makes others tick, and unconscious factors at work under the surface along with this compulsive desire to understand the inner-working of an individual, analyze emotions, figuring out the real source of pain gives them a natural ability to understand the natures of others behind the social masks. This kind of work is extremely emotionally gratifying and they possess psychic abilities and a profound knowledge of things, deepening their awareness of life. What also makes them great psychic detectives is because the 8th house has this incredible ability to identify our weaknesses and strengths and so the person has this emotional radar and understands that all emotional problems are buried underneath and nobody can cover, paint, and plaster over an issue. Quite often investigating into the deepest roots of any problem is where their most natural abilities lie.” Read the rest of the interpretation for Moon in the 8th House

The Moon is also trine Pluto showing profound emotions and a natural psychologist.

“The person is a natural when relating to anything hidden, layered, and they need to plumb the depths of all emotional experiences. Moon-Pluto has a taste for the dramatic, and they insist on bringing feelings between people out in the open, for they want real closeness with others, with no secrets. Wherever we have Pluto we are handed a shovel and told to “dig”. Moon-Pluto may dig into the personal lives of others, and Pluto also represents the mass unconscious, taboos, and forbidden aspects of life.” Read the rest of the interpretation for Moon trine Pluto

“Crisis, deep transformations, fated occurrences and experiences that are intensified find their way into the home and family….The 4th house can also signify the death of one of the parents, or actual abandonment. The death of a family member often impacts the child deeply. Perhaps the parents may have been struggling to come to terms with a significant loss at home….Those with this placement are interested in psychotherapy, counseling and all forms of healing that occur at the deepest level of the human psyche. They are very intuitive, behaving instinctively and like to get to the core of things.  The person feels emotional or moody about the home, and will bury themselves within its walls, and it could be a place they feel totally transformed and may view home as a place of destiny….When Pluto is placed in the house of the home, they may want to relocate, emigrate, and utterly reinvent where they are living, or build a new place to live. This will usually happen when they feel they have outgrown a phase of their life.” Read the rest of the interpretation for Pluto in 4th House

This article is mostly written to highlight the Hades Moon and how powerfully it was shown throughout Sue’s life. However, Venus (partnerships) in Gemini (writing) and in the third house of communicating is totally adorable with her Hermes-like partner (writer and younger) working closely together.

“In 1974, she met 11-year-younger author Steven Humphrey and they married 10/01/1978. They work from side-by-side computers in their Santa Barbara, California home and sometimes collaborate on TV screenplays.”

Otherwise, overall, Sue has had quite the underworld journey with the Hades Moon and has surfaced as an amazing mystery writer.