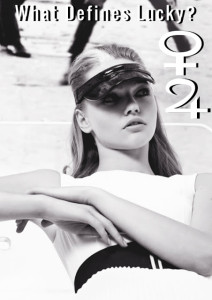 Question: What defines lucky in a chart?

Basically, astrologers look toward the two benefics – Venus and Jupiter. Jupiter, or Zeus, who was the king of the gods, known as the Greater Benefic, and Venus, or Aphrodite, the Lesser, are the brightest of the planets.

Jupiter’s principle is to free us from constraint, bring vision and optimism in our life. Venus is associated with all things soft, peaches and cream, and is always described as a lovely, joyous planet

Both planets relate to money, monetary gains, and quality goods. Financial benefits are often witnessed under Venus and Jupiter natal aspects, along with progressions and transits. Under such influences, we may receive gifts, jewels, fine wines, gourmet foods and all sensual indulgences.

Venus adds love, friendship, and beauty into the mix, she also represents sweetness and harmony, all things sensuous and pleasurable. Most importantly, sweet things, like chocolate (extremely loved by women). It is usually all abundance and luxury under good venus aspects, and she makes us feel more attractive. A time I call my “goddess” period was when I was aged 25. My progressed Ascendant trined Venus in my 5th house. During this Cinderella spell, I was transformed and reasonably happy with the way I looked (a rare thing). For this whole period, I got asked out all of the time. One man even commented that I appeared lovelier every day. The magical changes were very lovely, and most of this feeling diminished when the progression faded (sad face) or the clock struck midnight, everything turned to rags. However, I got partnered up and had a baby (grabbing opportunities). We can feel more attractive on Venusian days, and this can be something also considered lucky. It is nice to have that day when self-worth is increased even under a fleeting transit of Venus. We are well acquainted with Venus’ image, she is always nude, often reclining in a bed of Satin, gazing into a hand mirror, with beautiful red and pink roses in her hand.

Jupiter is said to emit more frequencies radiating more energy than the Sun, and everything this planet touches is expanded, and often made lucky. The largest planet in the solar system inspires us to be hopeful, look to the future, and embrace the world. The Ancient Greeks and Romans called it the planet of benevolence and it has always helped us out, brought us opportunities for growth, delivered the goods. Even scientists argue that Jupiter has protected us for Millenia from mass destruction deflecting asteroids headed our way. It is believed the more we partake in the qualities of our Jupiter sign and house the “luckier” we become in attracting more of this good fortune.

Lucky is how we perceive things, sometimes I feel others are “lucky” in relation to what I feel is lacking in my chart. I long for Gemini’s wit, Leo’s courage, Virgo’s practicality, and so forth. I tend to have an easy relationship with computers, astrology, technology and things of this nature seem to come easily. Mostly, this is due to my natal Stationary Uranus in Scorpio, forming trines to Moon-Mercury and Jupiter, and it has blessed me in this area. Some people are lucky at games, love, making the right investments. Again, this can be shown by natal Venus and Jupiter placements and aspects. Planets in signs, and other astrological pattern formations.

Can we change our luck? Maybe it’s about learning to be grateful. Have you ever given something to someone, did a favor and received an ungrateful or less than enthusiastic response? It’s VERY unlikely we would make the effort again. People liked to be thanked, sometimes we need to be open-handed first. Approach life with a generous spirit. Sometimes we react without much positivity in our Saturn house, our attitude is closed and negative and it can be difficult for the good things to flow through.

According to Carol Rushman in her book The Art of Predictive Astrology: Forecasting Your Life Events,

your chart has to promise this kind of luck or it’s not going to happen. Here are some indicators for luck and success: