An individual who has the Sun in opposition to Neptune may have a sense of unreality in his or her own personality. When it comes to identification, expressive character, and vital existence, the Sun is a powerful symbol. Neptune, on the other hand, governs the world of the ethereal, elusive, and mystical. Furthermore, this is the type of energy that extends beyond all forms and structures, allowing it to absorb absolutely anything in its path. The door to the limitless and the unbounded can be opened in one’s life.

However, this also implies that self-distinction may be confusing, and it can become dangerous when an individual’s sense of self is invaded, and they may feel the need to numb these sensations by abusing drugs or drinking excessively. Sun-Neptune types have a tendency to avoid anything that is demanding, unpleasant, or monotonous. Neptune’s propensity, according to Alice O. Howell, is as follows:

Today’s drug addict or alcoholic is often a mystic manqué’ who confuses tuning in, tuning out, and dropping out with the real thing – the bliss.

As a result, the Sun opposing Neptune exposes a mystical, imaginative, and sensitive individual who is able to attune to spiritual aspects of awareness and receive knowledge from teachers, guides, or astral forms, among other abilities. The borders have been substantially loosened, and this has resulted in them becoming profoundly connected with the collective whole, and it might reflect noble humanitarian aspirations. It is normal for them to have a stronger connection with their spiritual side, and they often go beyond themselves in quest of a greater purpose and a desire to connect with some type of divine energy.

This source encompasses all of the ideas, all of the emotions, and all of the inspiration that exists in the cosmos. Although anything is theoretically conceivable, nothing is guaranteed. They are mystical and have the ability to receive refined energy from the surrounding environment; they have a high sensitivity to colour and auras; and they express emotions artistically, whether it is love, sadness, despair, loneliness, or any other model, they become that emotion and become that model. All of this allows them to be more creative, to be more artistic, and to be able to create something completely out of nothing. Furthermore, it has more to do with the emotion elicited and how it encourages them to develop an appreciation for art, music, photography, and cinema in general. 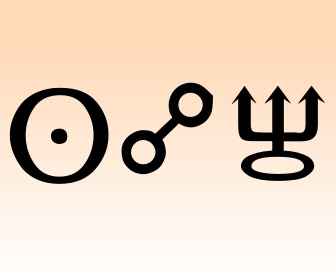 However, on the negative side, there might be feelings of inadequacy and fragility, and the individual will frequently withdraw from life and submit to dreams, with the inner –world being rich and inviting. Sometimes retreating so deeply inwardly that it’s similar to having a discussion with someone who is listening to music via headphones is a nice analogy to describe it. They, on the other hand, are unable to survive without this imaginative source, this sea of emotions, which goes through them and provides life. Psychologically, the lack of realism, the passivity, the desire to flee or disintegrate, and the desire to disappear all fall under the influence of the planet Neptune. Clouds can form quickly and they become lost in the fog if the weather conditions are not favourable. The personality becomes absent-minded and ungrounded, and they become overly sensitive, moody, and susceptible as a result of this. Sun opposition to Neptune can become aimless and floating if they do not have an anchoring.

Many Sun-Neptune types require some sort of dream to follow, which is essentially committing their individual self to something. They suffer tremendously when their fantasies do not come true, and they yearn to be alone and away from the world. Many of them experience fatigue and the hardship of life on a more intense level than the average individual. Those born with the Sun opposing Neptune seem to have the weakest feeling of self; they are easily persuaded, have a weak will, and despise being confined in any form. Richard Idemon defined Neptunian individuals as being ‘Not Me, Not Here, Not Now,’ and this is how many astrologers perceive the energy of the planet Neptune.

The Sun being associated with male characters in our lives, we may discover a father, husband, or son swimming in the Neptunian maelstrom of creative endeavours or spirituality, or drowning in the Neptunian whirlwind of substance abuse, psychological distress, or sadness. . The Sun opposing Neptune is a typical placement in the charts of musicians, performers, and artists, as well as therapists and counsellors, among other professions. They heal and redeem us, inspire us, and communicate with us about the hidden world around us. This is due to the fact that everything is infused with a feeling of impermanence, which gives them the power to do quite miraculous feats and to be nearly anything they wish.

The individual has a sensation of transience, as if everything is about to vanish, and they are disillusioned since the world is not what they had hoped, envisioned, and dreamt it would be when they were younger. If things don’t pan out the way they planned, they may find themselves stranded in an unmarked desert with no way to go back home. It is true, however, that they have a remarkable ability to embrace, accept and understand, and this has the ability to make them exceedingly sensitive and caring, as well as to help them overcome any of the bad aspects of Neptune that they may be experiencing in their lives.