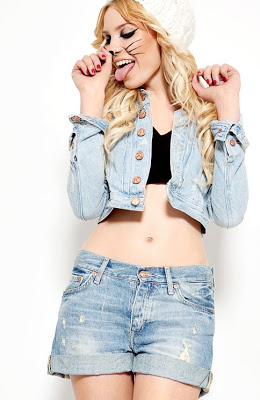 Leo symbolizes pride, dignity, and courage (together with a rich sense of drama) which describes this most colorful of zodiac signs. Leo’s association with the Lion – a universal symbol of power and authority, says a lot about this particular sign, for the king of beasts possesses an innate dignity and nobility. The Lion often carries themselves like royalty, and the truth is that the link with kingship lies in the zodiac conflict between Leo’s most noble intentions and the raw power of its instinctual nature.

In life, Leo is learning to recognize through creative effort, the center within and has the capacity to bring warmth and light to other people. The key to understanding Leo is to recognize their strong need for self-expression and need to shine. George Benard Shaw said, “Life isn’t about finding yourself, it’s about creating yourself.”

Just as the Sun has shined light upon us for billions of years, the fixed fire of Leo serves as a lighthouse to the rest of the zodiac signs. Leo is the fixed sign of summer. It represents the sustaining power of masculine heat, vitality and pure energy…Leo’s fixed fire is the everlasting flame of God. In the old temple in Jerusalem, the seven candlestick lamp, always burning symbolized God’s eternal presence on earth. Cosmic Navigator: Design Your Destiny With Astrology and Kabbalah

Leo is striving to develop self-confidence, and not to be inhibited in the way they express energy. Sometimes they overwhelm others with their sense of strength and radiant personality. Leo also rules the heart, connecting the sign to the virtues of man such as courage, love, loyalty, and generosity. Arrogance is something they can indulge in, often without realizing it. A stumbling block to true social integration is their tendency to feel superior to others, and the sign represents the search for self through creative urges. The Lion’s strength lies in their ability to grow creatively in whatever direction their talents and interests lie.

Overall, Leo needs to learn about the importance of self-love, and of being genuinely good to themselves without guilt or apology. When people don’t notice Leo they are deeply hurt, objectivity is not one of their strongest points. Leos have a problem conceiving why the world doesn’t revolve around them and they will do anything to earn other people’s approval.

Naturally, they have a strong need for personal recognition, and love to be admired and to feel special, impressing others with their talents and abilities. But don’t be fooled by the proud lion, they can be easily wounded by criticism and their worst nightmare is to feel unloved and underappreciated. The sign is the principle of love which first began to develop in the family-orientated Cancer.