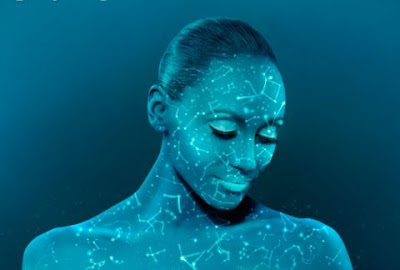 Neptune is currently in the critical degrees of the final air sign (27-29), and if we take a look back over the last 12-13 years, we can observe what fashions, movies and music swept us all away. Neptune glamorizes whatever astrological sign it passes through, so you’ll see its effect in popular trends, beliefs, politics, and fashion. Neptune’s transit through Aquarius began in 1998 and ends in 2011/12, and this particular transit has been interesting because it has been mirroring the recent transit of Uranus through Pisces.

Transiting Neptune moving through Aquarius brought the vision of the World-World-Web, and we were flooded with multi-media. The WWW symbol looks quite similar to the astrological symbol for Aquarius. The World Wide Web was developed to be a pool of human knowledge, which would allow collaborators in remote sites to “share” their ideas and all aspects of a “common” project. There was a huge jump in Internet usage, and wireless Internet has been prominent at the end of the decade creating more freedom. Internet access also became available to mobile uses. GPS navigation service became widely popular, and it was now possible to direct any vehicle to its destination in real time.

In film the usage of computer generated images became more widespread, and online films have also become popular through the medium of Netflix. The Matrix arrived at the beginning of Neptune’s transit through Aquarius and created a cult following. The film depicts the future in a computer simulated world and makes references to the cyber world and computer hackers. The Sci-fi film Avatar was also big in the latter part of Neptune in Aquarius, and 3D television emerged and changed the way we watch films.

In music the bestselling artist is rapper Eminem (Uranian) and the best-selling female artist is Britney Spears, helping to popularise this new and innovative, pop revolution. The electronic sound had emerged with the help of music producer Timbaland, he has worked with artists such as Nelly Furtado and produced Justin Timberlake’s (Future/sex Love Sounds). We also saw the rise of Lady GaGa, a new innovative and shocking artist, one who has diverse taste in fashion and helped bring in a new wave of music.

The MP3 player has now replaced most music players, people want music downloaded fast with thousands of songs loaded into one player. We have buried cassette tapes forever, and CD players have seen a steady decline. In the first decade of the 21st century and  we use computers and networks to play and distribute music and share files through peer-to-peer networks (Aquarius). This has had a tremendous impact on retail music stores and artists. Music is mostly sold through websites now.

The world of gaming reached a new level with the Wii and people became more interactive with the game itself and almost become a part of this virtual world. We have witnessed the rise of digital media opposed to printed books. Blogs have grown more popular than conventional forms of information providers such as books, magazines, and newspapers. People are more likely to switch on the computer to follow the latest events rather than wait for the next day’s newspaper or magazine edition. The sale of online e-books has also become more popular and the kindle has been the most popular gift on Amazon in the latter part of Aquarius.

The scope of digital photography alone has allowed Joe Blog to create an illusion of expertise in picture taking. Interestingly, photography was born during the last transit  with the word ‘photography first being used in 1839 by William Herschel. ..It might also  be associated with the breakthrough in the discovery and creation of new drugs; anesthetics, for example, were discovered during the 1840s. The Contemporary Astrologer’s Handbook (Astrology Now)