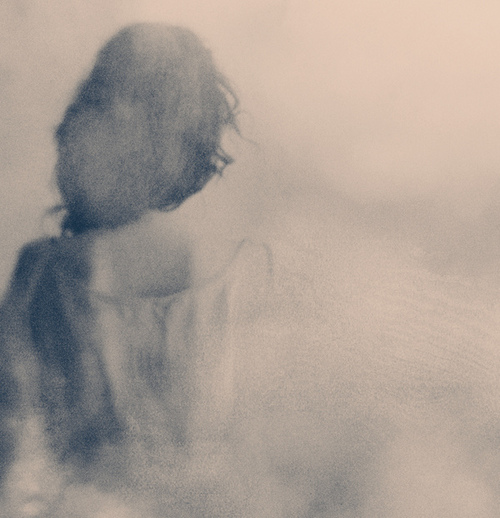 1. Neptune people have this air of mystery hanging over their heads and are often the ones who hide their secret dreams, longings, and imaginings behind various smokescreens.

2. The planet seeks to dissolve the limitations of the physical world but this can leave Neptune types wide open to everything with no definite course. Such persons are often caught in a fogginess and mental twilight zone, drifting through life with no clear directions and no real goals.

3. Vaporous atmospheres have distinct characteristics: there are no boundaries or shapes and we don’t know how long they will be there. Any kind of mist is hard to hold within our hands, it surrounds us, envelops and obscures our view.

4. Misty figures like ghosts define some of the actions of a Neptune person. Whether or not we believe in spirits, there is something close to the experience that feels all too Neptunian in nature: the feeling of being lost, unable to communicate, and being misunderstood.

5. Neptune people are also like psychic sponges, absorbing and identifying with everybody’s feelings and suffering.

6. The planet has a propensity for falling helplessly into depression, loneliness, drugs, and alcohol. The Alcoholics Anonymous group was formed under a Sun trine Neptune contact in the 11th house. Drinking a lot of alcohol over a long period of time damages the brain and impairs its ability to function. Because of this, eyesight is also affected negatively. You can get permanently blurred vision or even double vision.

7. Neptunian people are chronic avoiders of life and live in a clouded reality due to Neptune ‘s need to escape, dream, and keep the world at a distance.

8. In the birth chart, Neptune indicates the ability to see beyond the finite and, thus, upstages reality by taking us towards a realm where we can experience something more beautiful.

9. Neptune in transit describes those times when we enter a psychological haze and the reality of life isn’t so clearly seen. It is undeniably strange and mysterious how this layer of cloud drifts into our vision and suddenly we don’t see the people in our lives so clearly. We don’t see where we are going. We are unable to get a grip on the reality of the situation and everything is blurred around the edges.

10. On a mundane level, Neptune brings fog, misty rain, and generally damp weather. When Saturn (earth) conjoins Neptune (foggy), we often have mystifying layers forming. This was evidenced during the winter of December in 1952, with the combined effect of soot, tar, and exhaust fumes created thick smog that hung over London for four days. The smog was so thick that it infiltrated buildings – cinemas and theaters were forced to close – and transportation was made impossible, and many people fell sick.