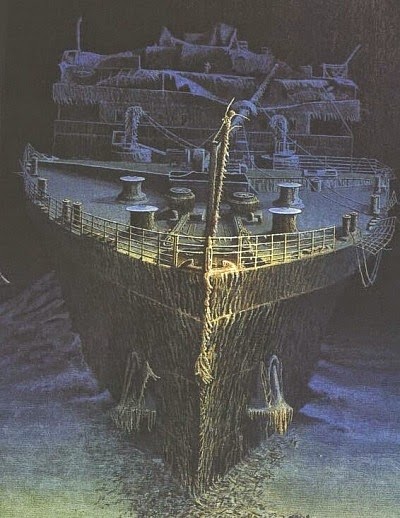 On April 15th, 2012, the 100th anniversary of the sinking of the Titanic will be remembered around the world. The timing of the ship’s most significant anniversary transpires when Neptune returns to its own sign of Pisces.

In mythology, Neptune is the god of the sea, and he lived in a golden castle on the floor, but he was also known to be a moody god and would strike the ground with his trident creating earthquakes. Along with the sensitive, dreamy and idealistic nature of Neptune, the ocean also contains a powerful and violent force which must be respected.

Titanic’s anniversary is a preview of what we can expect during the transit of Neptune in Pisces 2012, and maybe there will be other significant sea-journey stories throughout Neptune’s transit in the zodiacal sign of Pisces.

When Neptune enters Pisces we should look out for stories about flooding, drowning, ships, piracy, deception, mysteries, imagination, psychics, and ghosts. Neptune also represents images associated with death representing the passage of the soul from this world to the next. Neptune is inarticulate and expresses itself through longing and terror, strange fantasies, and dreams.