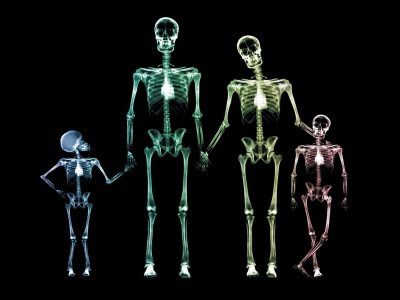 The Sun and Moon rule the parents in the most archetypal sense. For the child, the Sun and Moon are experienced through the mother and father. The Sun and Moon may be based on actual facts/perceptions in our early environment and influences our adult views and attitudes.

The Sun conjunct Moon creates a synergy between two parents and in the native the identity and feelings are tied together. There is a great focused interest, and the energies tend to reinforce each other. The parents may have played a unified role and presented, at least to the child, a united front. The Sun and Moon rise together and set together under the New Moon, and sometimes this represents the mother and father acting as one. The native the ego and emotions operate together in a singleness of purposefulness, focus and direction. The Sun-Moon conjunction in men may show an identity that is fused with the mother. The appeal of the family is strong, or there is an over-identification with the family, clan, and home. Dislodging themselves from family history, roots, and past tradition is difficult. Women may identify with their fathers or get a Moon type husband who is nurturing, emotional, and caring. Sometimes a Sun-Moon conjunction indicates a parental relationship were a parent was playing both roles.

The Sun and Moon opposition tends towards splits in the personality and creates insecurity. The Sun-Moon opposition may mean that the parents were in discord or opposed and the individual perceived them as playing very different roles and were coming from a different place in terms of views, lifestyle or attitude. Sometimes the parents have split up and live apart and the person may feel they are torn between two people. A Sun-Moon opposition is interpreted in the natal chart as a psychological split affected by the polarisation of the parents. The opposition reflects an obvious duality in the personality. The Sun Moon in square or opposition to the Sun signifies an unsettled element in the personality. These people can make happy marriages, but sometimes a split in the relationship occurs through an affair, or trouble with the opposite sex, leading the person to look outside to someone or something for fulfillment.

Similarly, the Sun square Moon creates an inner discord and restlessness. The past or domestic environment may hold the person back from moving into the future. The family or current domestic life may not support the individuals goals, and perhaps this stems from a feeling a sense of conflict between parents. Sometimes a relationship with one parent is blocked, and if other difficult planetary aspects are forming there may have been some domestic upheaval or early difficulty. The Sun square Moon aspect is commonly called the “piggy in the middle” and the background reflects the impossible demands of meeting the parent’s very different wants and needs. In later marriage, there may be a clash between the individual’s wants and unconscious intentions working at odds with one another. Both the hard aspects between the Sun and Moon create divisions between the parent’s own wants and demands and the individual’s. The ability to move forward in life from the past is the one of the most challenging feats of the hard aspects.

The Sun trine Moon aspect in the chart tends to have an idealized vision of the parents, and perhaps they try to recreate the sense of harmony they felt at home. Some astrologer’s believe that the relationship between the parents was harmonious when the child was born. Moreover, astrologers have linked Sun trine Moon with a fairy-tale image of the parental marriage and this may create a blind- spot to the real extent of any problems.

“Benign Sun-Moon aspects, particularly the conjunction, turn up frequently in criminal charts. The Sun trine Moon is what I call the” and they lived happily ever after” aspect. It is very benign, but there is sometimes too much complacency and certain smugness, and a refusal to look at the nastier side of life. Sun trine Moon describes equanimity between one’s sense of individual purpose and one’s emotional needs. They work together in harmony. The person with a trine or sextile between the luminaries generally believes that life is, ought to be, harmonious. The gift of the aspect is that these people often have the power to generate harmony around them. But they expect harmony and want to see it everywhere, and they are often dreadfully shocked when they are confronted with a less than harmonious reality. In fact, they may avoid facing reality for many years, speaking of a violent or abusive parent as “wonderful “and wilfully editing out their own suffering and humiliation. It’s a lovely aspect, unless one’s parents are from hell. Then is can be dangerously blind, and may contribute to a deep split between a fantasy of life as Disneyland and the horror of one’s actual experience.” – Liz Greene, The Dark of the Soul

Sometimes in marriage things are viewed as running smoothly, when, in fact, the many difficulties may need to be attended to. The influence points to a comfortable home and understanding between the parents. A generally settled nature and their upbringing generally supports the individual.

“There is not likely going to be a violent breaking away from home conditions. Or, if there is something of this sort, readjustment ensures speedily and readily. Later in life the partner helps the native directly, or shares his interests”. By Charles Carter – The Astrological Aspects