Sun Square Saturn (Fixed) Between a Rock and a Hard Place 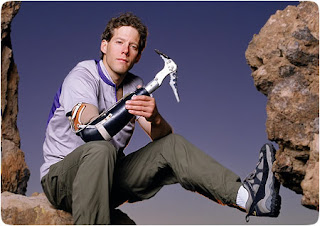 The film documentary 127 hours is based on the true story of Aron Ralston who after a fall in the Utah desert while rock climbing was forced to amputate his arm after a boulder had fallen and trapped his hand. You can read the full story here about his efforts to stay alive. Aron was born with Sun in Scorpio a sign known for its strong survival instincts, intense and focused energy.

In Aron’s horoscope the Sun forms a square to Saturn in Leo. As the ruler of rock, Saturn is the place where we tend to feel heavy restrictions, limited and its a bit like running into a brick wall. Sun square Saturn aspects meet heavy obstacles in life and the contact usually involves a lot of hard work, persistence and plenty of frustration.

The fixed signs in astrology are associated with stamina, inflexibility, and immovable objects. They do have a tendency to get stuck in ruts, but they also have great powers to get back out again. According to older astrological textbooks the fixed signs are referred to as the “vicious cycle” because of their unyielding nature, stubbornness and habits that are difficult to change.

On the day of the accident transiting Sun and Mars were square in the fixed signs and formed a grand cross with Aron’s natal Sun-Saturn-Uranus configuration. A Grand Cross appears when all four signs are separated from each other by 90 degree aspects. It is also formed by two oppositions (180 degrees apart) and the pattern formation is seen as an extremely stressful, tense, and troubling aspect to the personality.

It is said to take extraordinary effort to overcome the conflicts in a Grand Cross. A fixed Grand Cross can stay stuck in the same the same place for a long time. Moerover, transiting Saturn formed a conjunction to natal Mars signifying a time of accidents, broken bones, and falls. In deep frustration over continued efforts over the course of this transit astrologers warn clients about the possibility of injury during this period, angry and frustrating situations.