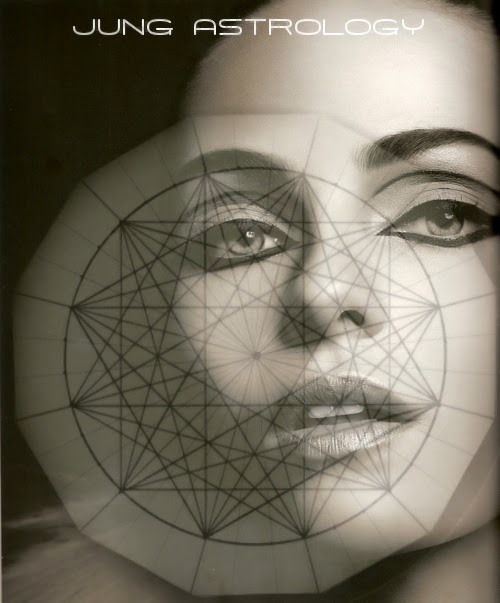 At the moment I am looking into astrology, which seems indispensable for a proper understanding of mythology. There are strange and wondrous things in these lands of darkness. Please, don’t worry about my wanderings in these infinitudes. I shall return laden with rich booty for our knowledge of the human psyche. – C.G. Jung in a letter to Sigmund Freud, May 8, 1911

Our modern science begins with astronomy. Instead of saying that man was led by psychological motives, they formerly said he was led by his stars. … The puzzling thing is that there is really a curious coincidence between astrological and psychological facts, so that one can isolate time from the characteristics of an individual, and also, one can deduce characteristics from a certain time

Synchronicity does not admit causality in the analogy between terrestrial events and astrological constellations … What astrology can establish are the analogous events, but not that either series is the cause or the effect of the other. (For instance, the same constellation may at one time signify a catastrophe and at another time, in the same case, a cold in the head.) … In any case, astrology occupies a unique and special position among the intuitive methods… I have observed many cases where a well-defined psychological phase, or an analogous event, was accompanied by a transit (particularly when Saturn and Uranus were affected). – C. G. Jung

Obviously astrology has much to offer psychology, but what the latter can offer its elder sister is less evident. So far as I judge, it would seem to me advantageous for astrology to take the existence of psychology into account, above all the psychology of the personality and of the unconscious. – C.G. Jung

Astrology is knocking at the gates of our universities: A Tübingen professor has switched over to astrology and a course on astrology was given at Cardiff University last year. Astrology is not mere superstition but contains some psychological facts (like theosophy) which are of considerable importance. Astrology has actually nothing to do with the stars but is the 5000-year-old psychology of antiquity and the Middle Ages. – C.G. Jung in a letter to L. Oswald on December 8, 1928, in C.G. Jung, Letters, vol. 1, 1973

A Frenchman, Paul Flambart, made an attempt to verify certain irrational statements. He has done some scientific research work in connection with the so-called aerial trigone: If the whole zodiac is designed in sections of a circle, then the three points, the months represented by Gemini, Libra, and Aquarius, form the aerial trigon. These are air-signs, and air means mind or spirit. The old saying was that one born under these signs was apt to be spiritual or intellectual; that quality was given him at birth. So Flambart took one hundred nativities of men remarkable for their intelligence, and he found that, though the birth-dates were everywhere on the circle, there was an extraordinary accumulation on each point of the trigon, so one could say that the majority of such nativities were associated with the corners of the aerial trigon, with intelligence. This is of the nature of a scientific truth, but astrologers are proverbially reluctant to make such researches. They prefer to swim in intuition. To work scientifically is too much trouble. … – C.G. Jung on 20 November 1929

In astrology we have another consideration, a bit uncanny and therefore particularly hated by scientists. You remember my telling you that birthdates of important men tended to accumulate around the three points of the aerial trigon. If this were confirmed, we might go further and make statistics about suicides, lunacy, epilepsy, etc. That might lead to tangible results, and then astrology would be a very serious consideration. I have suggested to astrologers that we should have more scientific statements. – C.G. Jung