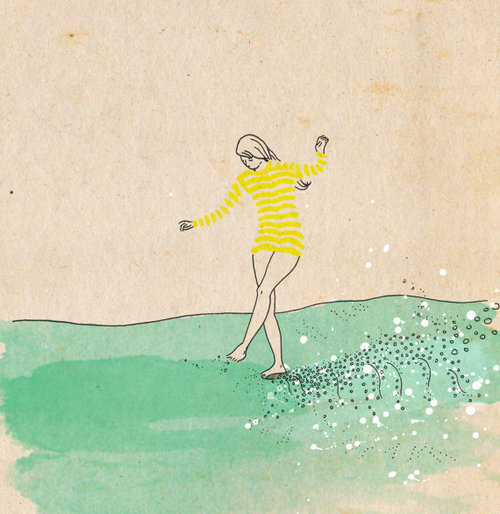 Pisces is a changeable sign ruled by the element of water and governed by the planets Jupiter and Neptune. It is a feminine sign with a fluid personality. In the zodiac sign of Pisces, two fish travel in opposite directions, and they can be spotted floating upstream or tumbling downstream.

Pisces, the twelfth sign of the zodiac, is noted for its tendency to undo one’s own actions. It is frequently observed looping around this seemingly infinite issue. The two images of the fish that are connected together represent the endless cycle of life, death, and rebirth that exists in the universe. This zodiacal sector is a striking representation of the interplay between the body and the soul. Pisces, on the other hand, is more than just a representation of the enigmatic, intriguing, and feminine. The introverted depths of water – a realm of intimate sensation on a deeper level are where we find ourselves. Because of the fishes’ innate shyness, they tend to withdraw, and their feelings might be difficult to comprehend when they do.

Pisces is the zodiac sign that governs persons who have slipped into the domain of the unconscious. Aspects of the sign of the Fishes include the oceanic domain of human imagination; dreams; momentary gaps in memory; spacing out; and abruptly finding that we have no recollection of the previous few minutes. The River Lethe (also known as the River of Oblivion) is connected with the Piscean realm, and when one is consumed by the fabled poetic river that induces amnesia, one is said to be in the Piscean realm. Pisces is the sign of mystery, sensitivity, depth, and profundity, and it has the capacity to influence the emotions of others around them. There are many secrets and longings hidden within the Pisces, who has a dreamy-like aspect that alternates between reality and non-reality.

The water signs are in touch with their feelings, in tune with nuances and subtleties that many others don’t even notice. The Water element realm of deep emotion and feeling responses, ranging from compulsive passions to overwhelming fears to an all-encompassing acceptance and love of creation. The Water signs  know instinctively that to realize their soul’s deepest yearnings, they must protect themselves from outside influences in order to assure themselves the inner calm necessary for deep reflection and subtlety of perception.

Characteristics and keywords: Sensitivity. Realizes the reality of the unconscious/or reality of intuition.Purification and purgation. Psychic sensitivity. Deep reflection. Habitual secrecy and need for privacy. Ability for compassionate service. Need for emotional involvement with others. Chart Interpretation Handbook: Guidelines for Understanding the Essentials of the Birth Chart

The zodiac sign of Pisces is associated with the saviour, martyr, and redeeming figure. There are several water signs that have tides of emotions that wash over them like waves in a cycle of cleaning and purification. A Pisces is sometimes compared to a watercolour painting with no distinct edges and each hue dissolving into the next in terms of definition. This element of their personality, on the other hand, displays us as not being distinct but rather as being all united as one. As proven by the magnificent worlds of art, music, and dance, this final watery sign is likewise associated with creative sensitivities as well as aesthetic senses. The greater type of the sign is a real mystic who possesses a vast and varied inner universe. Piscean is elusive in sacred waters, disappearing into isolation and secret locations or into mildly shifting states of consciousness. Pisces develops their own inner cosmos, weaving together psychic visions, dreams, and fantasies on a subconscious level. Pisces signifies the channelling of information that alters the state of awareness, causing the human conscious to expand and become more inclusive of a greater reality.

The transpersonal is a term used by different schools of philosophy and psychology in order to describe experiences and worldviews that extend beyond the personal level of the psyche, and beyond mundane worldly events. It has been defined as experiences “in which the sense of identity or self extends beyond (trans) the individual or personal to encompass wider aspects of humankind, life, psyche or cosmos”. The field of Transpersonal Psychiatry has defined the term as “development beyond conventional, personal or individual levels.” It is related to the terminology of peak experience, altered states of consciousness, and spiritual experiences. Wikipedia

The Moon Tarot card is associated with the zodiac sign of Pisces, and it represents the emotional energy, intuition, imaginative characteristics, mediumistic talents, and ebb and flow of tidal feelings associated with this sign. However, we must also consider the Hanged Man card, as it delves even further into the symbolism of the Fishes, representing the surrendering, retreat, and time-out that are all obvious in this Neptune-ruled zodiacal sign. As a result of the Moon’s influence, Pisces is represented by the mysterious feminine figure, who is enchanted and infused with magic, as well as by the watery depths of the unconscious and the elusive realm of the nighttime wandering of the soul through many haunted places, summoning the power of heaven.

On a more general level, we reach a moment in Pisces where we have a feeling of completion and are ready to explore themes of spiritual evolution. The sacrifice for the greater good is represented by the Hanged Man card, and it entails an accepting and surrendering process. The dread that all will be lost, will come to nothing, and will break apart is embodied in its symbols. In addition, it can mean everything, which is why hanging on to faith throughout the period of stopped time is linked to the embryo waiting in the womb. It is a phase of gestation, a moment of transformation in which one turns within. A large part of Pisces’ existence is devoted to this kind of sensitive reception of the outside world. The individual is a sponge, soaking in the sensations and vibrations of the surrounding environment.

Beyond all its symbolism the Hanged Man affects us because it shows a direct image of peace and understanding. The calm shows strongly in the card  because the Hanged Man has surrendered to the rhythms of life…For many modern people it involves releasing emotions they have locked up for years…the Hanged Man bears a connection to water. Most Tarot Kabbalists assign the letter Mem to trump 12. Mem stood for ‘seas’ and thus the element of water…The crossed legs represent the number 4 upside down. 4 symbolizes earth with its 4 directions. By reversing his own sense of values the Hanged Man has turned the world on its head. The arms and head together form a downward pointing water triangle. Seventy-Eight Degrees of Wisdom: A Book of Tarot

Those born under the sign of Pisces may struggle to establish a strong sense of self. It is possible that they will be discovered drifting aimlessly through life without a destination if they do not locate an anchoring. The Piscean is a jumble of paradoxes of dualism that encompasses the continual movement of mind growth through realms like as dreaming, art, and music, as well as the expansion of consciousness in general. They raise the level of awareness above and beyond its regular observations to a point where the emotion is comprehending and intuitively understanding the significance of all things.

When the sign of Pisces feels depressed, they turn to drugs, alcohol, or anything else that provides a high stimulant, allowing them to escape from their everyday lives. The ingenuity, originality, and open-mindedness of Pisces are among their greatest assets. This zodiac sign is associated with several artists. With a profound appreciation for theatre, music, and cinema, they see life as a canvas on which to create their own visions of the future. Pisces is idealistic and, at times, unsatisfied with reality, experiencing the agony of disillusionment to the fullest extent possible.

On the search for a soulmate, their heady desires, driven by their imagination, may make love an exquisite experience for those who are in romance. A Pisces may be called upon to save others, or they may wish to be saved themselves. They’re very sensitive and one of the most sympathetic and understanding people you’ll ever meet, empathising with every feeling you’ve ever experienced. With their huge, all-encompassing aspect of their nature, they become lost in the human kaleidoscope of emotions and have difficulties maintaining or protecting their own space. The sign of Pisces will represent the highs and lows of human emotion towards the conclusion of the zodiacal cycle, ushering us into the big unknown at the end of this cycle.