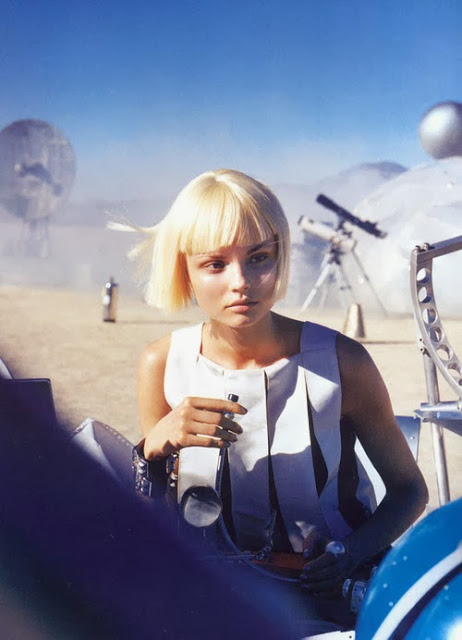 In space, there are ten major planets in the solar system which appear to orbit the earth: the Sun, Moon, Mercury, Venus, Mars, Jupiter, Saturn, Uranus, Neptune, and Pluto. Although the Sun and Moon are not planets in the astronomical sense, they are included in this category, and given a special importance – the ‘lights’ or ‘luminaries’.

Astrologically the planets represent the fundamental drives or urges within the human psyche. To the ancients the planets were gods, and modern astrology has adapted these ancient myths of the gods to the archetypal meaning of the planets. The ancients only recognized the planets visible to the naked eye. Modern astrology, however, incorporates the newly discovered planets – Uranus, Neptune, and Pluto.

The Sun, Moon, Mercury, Venus, and Mars are known as the personal planets since their urges are individualistic. The personal planets are regarded as mainly describing personal characteristics and everyday personal likes and dislikes. The Sun’s glyph, a circle with a point in the middle, illustrates its astrological meaning, and it is usually considered the most important of all the planets. The Sun illuminates our lives and reveals our innate strengths and weaknesses. The Sun is the all-encompassing life force at the center of its own universe.

The Moon is the second most important body in astrology, and it rules women, fertility, motherhood, emotions, home, and family. The Moon rules our imaginative and reflective nature and our need for emotional comfort and security. Mercury rules our communication, and our ability to make connections between people, facts, and events. Therefore, Mercury rules thought, written and spoken language, telephones, newspapers, shops, and commerce. Venus is named after the roman goddess of love, and generally rules our affections, attractions, sense of harmony and beauty. Venus also represents our relationships and how we handle our financial affairs. The planet Mars is commonly known as the god of war and rules over the physical strength, lust, desires, wants, sex, ambition, and competitive nature.

Jupiter and Saturn are referred to as the social planets and act as the bridge between the individual and his social world. Jupiter is the biggest planet in the solar system and is seen as the great benefic. Jupiter rules the expansion of our world, generosity, popularity, success, and optimism. Jupiter also describes teachers, religious leaders, and philosophers. Saturn represents all man-made structures, tradition, conservatism and established institutions. Saturn describes authority, organization, and ambition. Saturn also rules our fears, limitations, and inhibitions. Modern astrology describes Saturn as the ‘Dark Sun’, giving this planet the role of the ‘shadow’ in the human psyche.

Uranus, Neptune, and Pluto are known as the transpersonal planets and represent the collective; they help us tune into far-reaching perspectives. The first trans-Saturnian planet is Uranus; William Herschel discovered it in 1781. Modern astrology views Uranus as a significator of new discoveries, sudden and unexpected events, disruptive disturbances, uprisings, and revolutions.

This kind of eruption of a powerful idea is what I associate with Uranus. The trouble with these ideas is that they come from the heavenly world, and so are a little too advanced for the world at the time. The Outer Planets and Their Cycles: The Astrology of the Collective (Lectures on modern astrology)

The second trans-Saturnian planet is Neptune. The planet was officially discovered in 1846, and it indicates high ideals, sacrifice, redemption, deception, alcoholism, artistic and musical inspiration, to name but a few. On a mundane level, it rules the sea, floods, movies, fashion, chaos and mass movements.

Neptune is very different from his heavenly, airy brother. Neptune is a god of water in myth, and governs the depths of the sea. He rules the realm where everything is ambiguous. Forms blend and dissolve, and colours merge…Neptune captures a person through dreams, longings, and yearnings. The Outer Planets and Their Cycles: The Astrology of the Collective (Lectures on modern astrology)

The third trans-Saturnian planet is Pluto, which was discovered in 1930 and was originally named after a cartoon character. Pluto signifies the evolutionary development of man. Pluto rules nuclear power and mass destruction. However, Pluto is also associated with other non-destructive powers and rules our psychological depths, and ability to heal and regenerate.

Pluto is the great timekeeper of the collective. All these little individual mountain peaks have gone their way for a while happily thinking they’ve solved all the questions and mysteries of life…then along comes Pluto and something is revealed which holds incredible depths and blows apart that very complacent set of values. The Outer Planets and Their Cycles: The Astrology of the Collective (Lectures on modern astrology)

Each planet is represented by a symbol known as a glyph, and they are made up of three basic shapes: the circle, crescent, and the cross. Each planet takes a particular time to complete a cycle of the zodiac. The faster-moving planets: the Sun, Moon, Mercury, Venus and Mars spend a comparatively short time in each sign. Jupiter and Saturn have much slower orbits (around 12 and 29 years) and Uranus, Neptune and Pluto take 84, 165, and 248 years respectively.