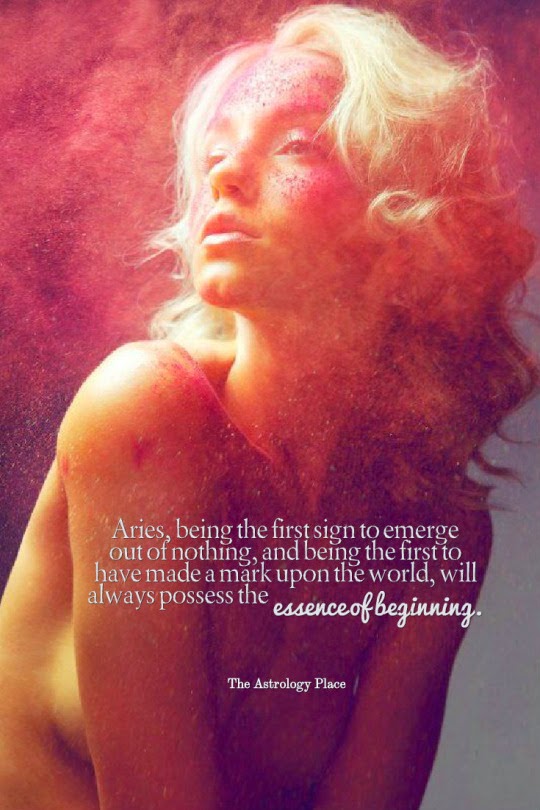 When we look up the definition of red, which is Aries’ colour, we find lots of interesting associations that are connected with the sign. First of all, it is described as a radiant energy, and the colour of blood, and it is associated with a revolutionary activist. Being in the red is associated with danger, threat, hazard and some risk involved. Red flags go up as a signal that we should pay attention to something important and it is often seen as a warning sign. The red flag was also used by military forces to indicate that they were preparing for battle. Moreover, it is the shade we associate with everything bloody and violent and it is red we link with war and fighting for our individual rights. The red poppies of wartime and remembrance are another linkage as we think of those who have died in the line of fire.

It is red that we feel when we are very angry, fumed, annoyed, irate and absolutely incensed. We turn red in the face after plenty of exercise and especially if we have been involved in intense sport. We see red when someone has wronged us, and we also feel it to be strong, vibrant and independent. We flush red with sexual desire and  an Aries in a relationship is as passionate as a red rose in love, feeling the vibrancy of life rush through the body. We think of red hot fire and burning flames, quick and passionate affairs. For some Aries people they like a good fight and equally love to make fervent love again, and the individual will always blossom into new life.

In astrology, Aries represents new life, births and beginnings. It is an exceptionally mental sign with lots of novel ideas, and it is essentially individualistic. In psychology astrology, it signifies the ego emerging from the the collective ocean. In traditional study, Aries have always been equated with the explosive suns of spring, tough, reckless, and juvenile types. The higher and more evolved expressions of Aries are the pioneers, courageous folk and ambitious types. An Arian individual is usually at the forefront of activity and is the initial spark of any motivation. At times, the energy rushes (red is also related to action and speed) in fast and its action is premature, but they often need to test their limits and become more aware of their power of initiative and leadership. The sign is never about bringing things to fruition, it is about creation and it represents the planting of seeds. Red is also related to the number 1 according to a mathematical study on colours and their numbers, revealing its qualities of influence over others. Another research of the colour red indicated that it increased our energy and the strength of our reactions. 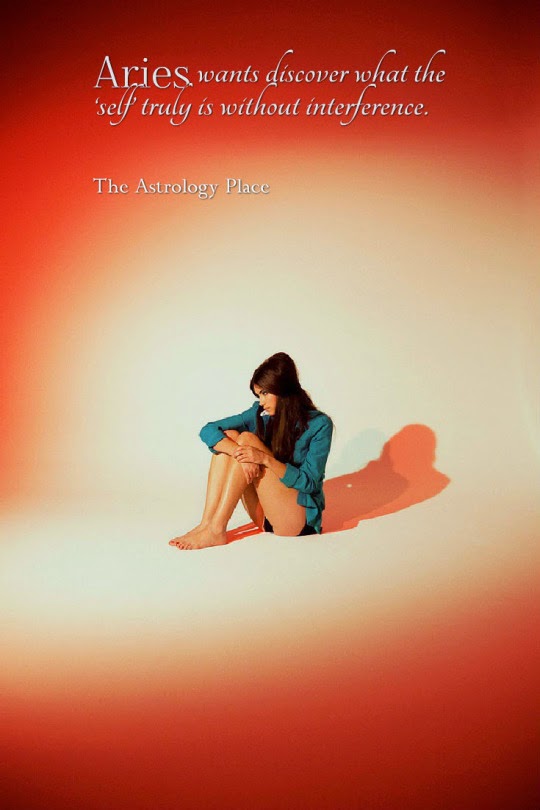 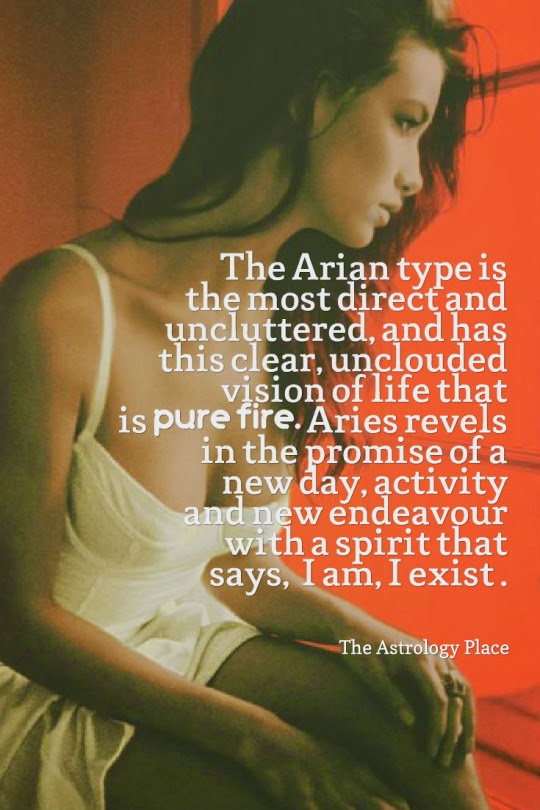 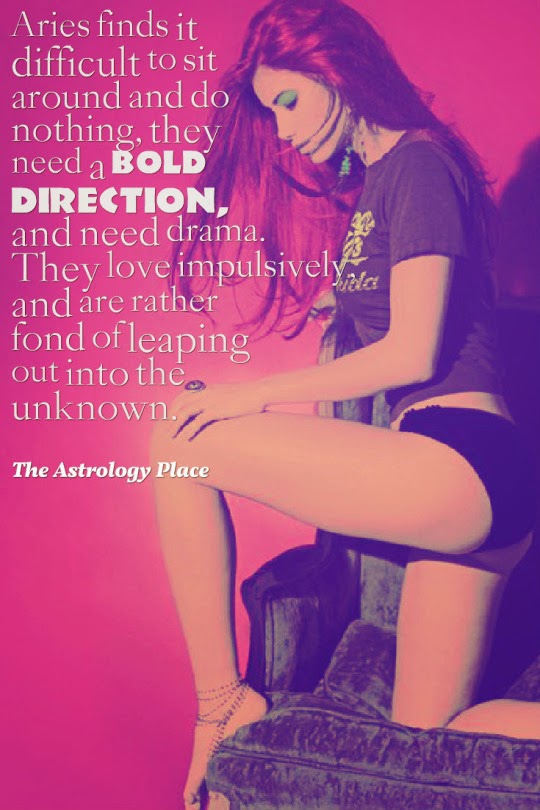 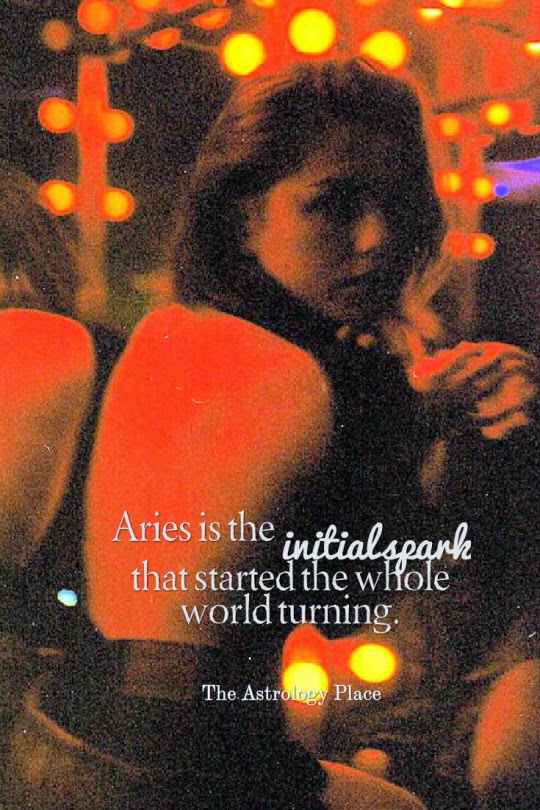 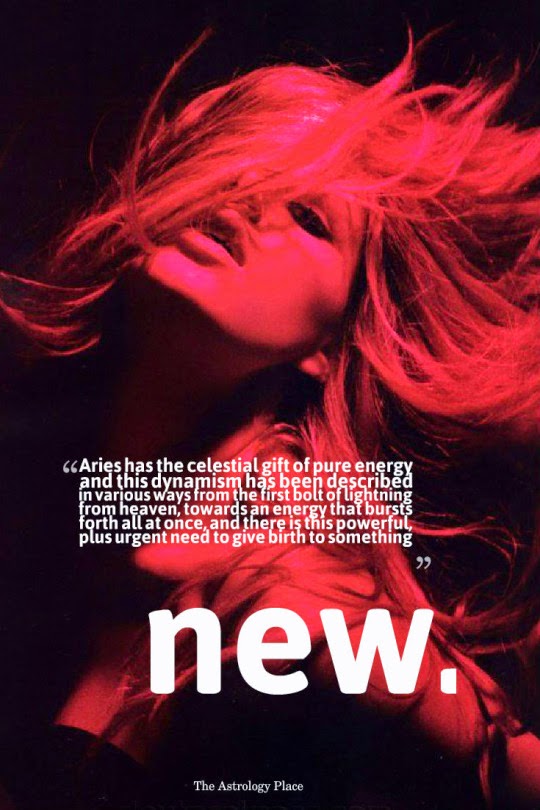 Leona is Not Shy: Confession of an Aries
Vintage Astrology
Aries: What Are We waiting for?
Aries Horoscope 2015
Sun in Aries
Aries-Libra: Red and White
Aries: Daring to Drive
Aries, Leo , Sagittarius: Femme Fatale