Stephen Arroyo’s Exploring Jupiter: Astrological Key to Progress, Prosperity & Potential  is a great read, as well as being the first entire astrology book on this planet in my collection. The only criticism is that it is filled with bags of quotes (Jupiter excessive, maybe), mainly by Charles Carter. At times, it interrupts the writing and flow of the work, otherwise, the astrological research and references are excellent guides to understanding the nature of this large body. The chart examples used in the volume are also interesting. The one I particularly liked was the horoscope of the author of How to Win Friends and Influence People the massively popular treatise that has been around since the late 1930s. The writer had Sun and Jupiter in Sagittarius with Jupiter trine Saturn. Arroyo points out that Dale Carnegie targeted his advice towards those in business (Saturn). In astrology, Jupiter is a planet of great fortune, easy going, jovial, sympathetic, benevolent, honourable and just. Saturn is stern, hardworking, cautious, and a staunch conservative. Saturn and Jupiter form a contra-polar power in the human soul. Jupiter relates to stepping stones and Saturn to stumbling blocks. Saturn can make us gloomy and sad and Jupiter happy and joyful. Saturn would have you poor and Jupiter rich. It is not as simplistic as this in reality, but it is often the way they polarize their energies.

Returning to Jupiter, we have this great hunger for meaning in life, and this planet in our solar system is a spectacle so huge, so massive, so frightening and massively swollen. A description of Jupiter’s Moons by Kepler is fabulously Jupiterian according to astrological interpretation:

Kepler, when he heard of this discovery [four moons circling the planet] called the new bodies “satellites.” This is a Latin word for individuals who cluster about some rich and powerful person in hope of being invited to dinner or of receiving gifts. In the way, the new little worlds seemed to hover about Jupiter. Jupiter by Issac Asimov 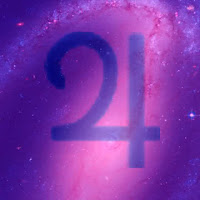 Arroyo’s Jupiter transits are wonderful, nonetheless, I would have personally enjoyed additional evidence about the transiting action of the planet as these were interesting to read and certainly displayed the effect of Jupiter during an individual’s life. The alphabet listing for the meaning of the Jupiter is also excellent for gaining greater insight into its significance. For me, f) is an important point, as we could be all taken with Jupiter and must recognize its incredibly generous attitude towards others. Also, with h) – mostly for the actual house position (Jupiter in 11th house) and the sense of freedom experienced in this area of my chart. With Jupiter, when I tell others my Jovian placement there is a sense of I’m bragging, and head inflating every second – it’s strange how even talking about a planet we begin to take on its energy. Anyway, here is the Jupiter list:
a) Jupiter expands the flow of energy indicated by the element where it is placed in the birth chart, often; one has to simply tap into that source consciously to realize it and to use it.
b) A strong Jupiter usually manifests as a hopeful, buoyant, upbeat personality – often quite humorous. Jupiter’s sign often gives a clue to the type of humour
c) Jupiter’s placement can give an indication of a sense of meaning and direction in life that can guide the person and points to the quest for a truth to live by.
d) Wherever Jupiter is in the birth chart is where you want to constantly explore new horizons. This is easier to do in some signs and houses than others, depending on social conventions, moral upbringing, etc. In any case, one wants to continually improve whatever area of life is indicated by Jupiter in the chart.
e) Jupiter’s placement often shows, upon deeper enquiry and especially with older people, where the individual is working on developing a system of values and deep, wide-ranging understanding through study or experience.
f) Jupiter’s position indicates an area of enthusiasm and optimism, where the individual can readily put one’s confidence into action. In this area, the person expects benefit and looks for opportunities to give of one’s inner abundance. (This is an important point since Jupiter – an extraordinarily generous planet – indicates not only taking from life by grabbing hold of opportunities, but giving back to life, often in a universally beneficent way.
g) Jupiter’s placement shows where one invites experience) Marc E. Jones) and where one has the capacity to make use of opportunities (Grant Lewi).
h) Jupiter’s position reveals where an individual feels a release from pressure and fear and experiences the room to breathe, expand, grow, and express oneself. Its placement (especially its sign) shows what sorts of things and activities can restore your faith when you’re down and can help you bounce back. (Rebecca Wilson)
i) Jupiter lends a sense of moral conviction to anything it touches, giving meaning and motivation to the person for promoting certain ideas, ideals, goals, etc., as well as encouraging others toward those goals. There is a strong urge toward honesty and openness in the area of life Jupiter is focused on.
j) Jupiter represents an urge toward a larger order or to connect the self with something greater than one’s self, and this urge is most strongly felt in the areas symbolized by Jupiter’s sign, house, and closest aspects.
k) Jupiter’ placement indicates where one should take risks, for taking chances is absolutely necessary to attain progress in any sphere of life. The door of opportunity may be there, but one must have the courage to walk through it.
l) Jupiter’s position shows where probable success, prosperity, and rapid development are likely, for it is there that bountiful energy can be experienced and that one has enhanced abilities to express oneself to society at large.

m) Jupiter’s placement reveals where one can develop only through tapping into the source of abundance within oneself and allowing this energy or talent or higher mind the room to operate in one’s life.