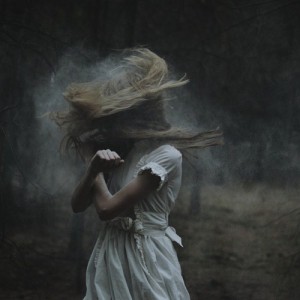 Question: Do Hard Aspects indicate an insecure personality with a life full of struggle?

Well, somewhat, but who doesn’t feel insecure and battle against something personally. My advice would be to keep all of your dents, bruises, scars, it makes you interesting. Otherwise, you would have no extremes, contours, corners knocked off. Imagine how uninteresting reading a book would be without the heroine involved in some gut-wrenching self-encounter, some kind of confrontation with the mother or father, lover; the world at large. What if life contained no drama, painful revelation, or struggle? More importantly, what if you never experienced the great feeling of overcoming, with effort, some immense trial? Let’s be honest, your life would end up being something of a yawn fest, and you would get real slack.

The hard aspects (conjunction, square, and opposition) indicate those significant moments of your existence, along with those intense feelings stirred within you about some issue regarding yourself. Without the narrative of a difficult and challenging life, you wouldn’t turn the pages quickly in anticipation, as it would lack oomph. The universe isn’t a total jerk, though, you receive ease throughout your allotted time here on this planet, with some easier aspects and transiting trines along the way. I have, however, often come across some psychopathic and unsavory charts with a LOT of easy contacts, go figure.

Modern astrologers tendency is to often sweeten the interpretations of the hard aspects by claiming they are the very essence of our “spiritual growth.” In truth, hard aspects ain’t gonna be plain sailing; they sometimes cause problems, create compulsions – lead to complexes. In a lot of psychological astrology, a difficult planetary contact on a birth chart forces you to make a choice, implying that a conflict lies between two aspects of your nature. In the beginning, you are not shown how these two conflicting sides of the personality can be reconciled, and sometimes you live out one side and project the other. With the hard aspects (square and opposition), you are advised to find some kind of an outlet and to raise your level of consciousness so that you don’t act out destructively what’s left buried in the unconscious. Difficult contacts heighten energy around particular themes concerning the planets involved; they are prone to over-excitement. In The Astrology of Personality, Dane Rudhyar recognized that everybody is motivated to evolve in the direction of psychic wholeness, realizing there were also archetypal forces in the individual struggling to transform.

When I started studying astrology many years ago, I read all the available books on the subject. Unfortunately, most of these older texts are filled with what I call “wrist slitters’ statements. Based on these interpretations alone, if you have mostly “hard” aspects you are worthless and nothing good will ever happen to you. For instance, Sun square Mars denotes a person with a violent temper who is capable of murder or who will be murdered; physical violence is endemic to the aspect. I have Sun squaring Mars in my own chart, and, although I have been angry at times, I have not seriously entertained the thought of killing someone, no one has yet killed me. Nor do I continually encounter violence. This sinister interpretation has its roots in the historical perspective of people who lived centuries ago. In simple terms, Sun-Mars aspects mean self-motivation. But in the dark ages, when a majority of people were serfs or slaves with little power to direct their own lives, a serf with the self-assertiveness of Sun square Mars would probably have been beaten or killed. In that society, a Sun-Mars square wasn’t very auspicious. Today, the self-motivation of this aspect is considered to be very useful in directing your life.

The hard aspects are hard by nature; they are designed to create struggle, angst, and almost seem hardened to your inner plight for release. True, they can make you or break you at times; they can make you steely or tough, give you tremendous power. They can be exhausting, wearying, back-breaking, soul-crushing, and uncomfortable. As Beyonce sings, who needs a degree when your schoolin life’? It’s not really about seeing things as “good” or “bad” in life, human growth comes in many forms, and goes through many different phases.

The old concept of chronological, orderly, symmetrical development of character died when it was discovered that the unconscious motivations are entirely at odds with fabricated conventions. Human beings do not grow in perfect symmetry. They oscillate, expand, contract, backtrack, arrest themselves, retrogress, mobilize, atrophy in part, proceed erratically according to experience and traumas. Some aspects of the personality mature, others do not.

Not everything is meant to flow easily in life, not every poem rhymes; sometimes the paint is cracked, and the metal is rusted. Let’s face it, difficult aspects do make you care more about what happens. The hard aspects can make you say, ‘Oh it’s heavy. Oh, it’s hard. It isn’t easy.’ Hardly any aspect of life is free from conflict. The hard aspects do have this tendency to create knotty problems, but what you really need to ask is how the hard aspects have shaped you as a human being? What have you been forced to confront? Challenging aspects in the personality certainly make up a large part of you. The challenging aspects make you human, grow, develop and form as an individual.

According to Stephen Arroyo:

What used to be regarded as “difficult” aspects in a chart are then sugar-coated with all sorts of idealized and flowery language, and the fact that some of these aspects indicate not only real problems for the person but also major defects or negative qualities in the character is ignored. It seems that it is time to be realistic about ourselves and view of life. Life is full of difficulties and problems. That is what makes it such a profound learning experience for the soul. If we view the birth chart as a comprehensive symbol of an individual’s life potentials and life pattern, then that symbol must include indications of these crucial life problems, these areas of life wherein we can learn major lessons which further our growth.