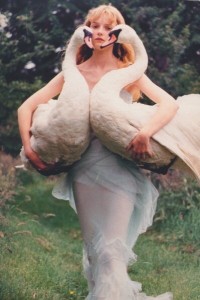 With Venus trine Mars in transit this could be a couple of days filled with amour, maybe a love entanglement or an affair. This may all seem rather naughty, but it’s actually a good time for flirtation and to play sexually. The emphasis is on romantic entanglements, emotional-sexual involvements, which are usually passionate, intense, and frequent.

When Venus (Aphrodite) is in harmonious aspect to Mars (Warlord) there can be a great deal of sensuality and a pursuit of a lover. It could even be as simple as watching a romantic movie, or reading about a hot relationship involving a man or woman winning the object of their desire. To a greater extent, it could be a love story centered around the military, any man in a uniform. When Venus is trine Mars there can be something of an ardent feeling of love and it could also involve a playful afternoon in bed, or perhaps just a warm, sociable, and affectionate day is what is in store.

In fact, there could be an element of the attractive and magnetic surrounding your aura at this time, and you could be paid a nice compliment. You should be able to relate easily to the opposite sex and partake in some fun flirtation, as you seem to be able to express more confidence in the area of values and relationships feeling motivated and it can be a time to push the pleasure and enjoyment.

With Venus Trine Mars, whatever else you have going for you personally, it’s right now that you present a stronger personal charm, with plenty of warmth, energy and there is something undeniably sexy about you. Whether your carry two swans or are wearing something more sexually daring it is much easier to set sparks flying today and express strong emotions. You might even feel confident enough to ask someone out on a date, or feel the excitement of a romantic challenge.

Love and competition could be a feature and there may be an inflamed interest in the arts right now, it can be something of a creative combination in drama, hairdressing, dress designs and also some excitement in spending money.

“I’m not ashamed of heroic ambitions. If man and woman can only dance upon this earth for a few countable turns of the sun… let each of us be an Artemis, Odysseus, or Zeus… Aphrodite to the extent of the will of each one.”