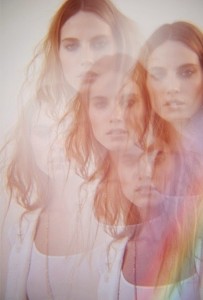 Christine Sizemore is an American Schizophrenic who has been diagnosed with 22 personalities. The personalities had various names: the blind lady, the virgin, the banana split girl and the mute. Through deep therapeutic work, eventually, all of these personalities were integrated into one. The cause of the splitting was due to traumatic events in her childhood, which happened before she reached two years old.

While astrology cannot explain these things and there isn’t necessarily a one trait model at work and nothing in the chart  will scream out “Multiple Personality Disorder” it  has been thought that it is not necessarily what aspects we have, but how they interact with each other during development. The horoscope may show some of our DNA pool, and reveals whether we are more sensitive, assertive, whether we are born with a practical outlook or dreamy disposition.

Christine’s natal chart has an ‘exact’ Sun square Pluto aspect along with a tight Moon square Neptune contact in the horoscope. The Sun, Moon and Venus are in their dominion or exalted. The planet struggling in this chart – is Mercury; the planet of communication, thinking and analytical ability is in fall in Pisces and receives a square from Mars in Gemini (malefic). Overall, Christine has a fiery temperament, and Mars is a singleton (only planet in air). Saturn in Sagittarius in the 4th house is a singleton (only planet in the lower hemisphere). The angular planets: Moon square Neptune with the watery god, Neptune placed powerfully in its own house (12th). Uranus is at 0 degrees in Aries in the 8th house and can represent healing and transformation (8th) with sudden grips of being drawn into the depths of Pluto’s house, and it also rules major breakthroughs in the personality (Uranus in Aries).

First off, there is no sure fire signature for mental health, and we can’t diagnose from the chart alone. However, there are are pointers in the natal chart that show areas an individual is challenged to overcome in each lifetime. In this realm of astrology, the medical astrologers have some good pointers so let’s see how they examine mental illness and Schizophrenia in the personal horoscope: C.E.O Carter, Encyclopaedia of Psychological Astrology

–  “22 degrees of the mutables and Mercury is related to Mars by aspect or sign position. Moon or Mercury, or both, are in all cases in aspect to Neptune.” Comment: Christine has Mars at 22 degrees Gemini (mutable) Mercury is square Mars in Mercury’s sign (Gemini). Moon is square Neptune and is powerful on the angles. A bull s-eye in this case.

– Severely afflicted Mercury or Moon, usually both. Comment: That was not really helpful. Well, considering it is 30 years of research!!

by Harry F. Darling says, “Only one factor relating to autonomic brain imbalance affecting the cerebral cortex which is also in Gemini, that does not mean that asthma and Schizophrenia are related, but there is an analogical autonomic nervous system imbalance underlying both conditions as part of astrological findings. The analogy is noted also in treatment since schizophrenia medications derive from antihistamines used to treat allergies.” Comment: This is an interesting observation.

Astrology in the modern world

– by Derek Parker: “In their most bizarre form, delusional systems are encountered in patients suffering from paranoid schizophrenia; they afford a further example of man’s need for explanations. To suffer from schizophrenia is to undergo an experience of progressive personality disintegration of a most disagreeable kind, interrupted from time to time by crisis of personal identity during which the individual may feel that his sexual and aggressive impulses do not belong to him but are in fact intruders forced into his mind by the agents of a sinister conspiracy whose sole intention is to produce the unbearable state from which he is suffering. While Schizophrenic delusions represent on the part of the patient to render his circumstances explicable and to create some kind of order out of his own private chaos, astrology, I submit, represents a similar attempt at operating on a collective level.”

Christine has Sun in Aries (individuality) in the 8th house of crisis and square to Pluto (8th house), and this represents the crisis (8th) of personal identity (Sun in Aries) and the transformative work she has had to go through for a “singular” personality (Aries). The Sun is struggling to shine in the 8th house of complexes, traumas, crisis and continual death-rebirth situations. Moon square Neptune is a highly sensitive placement and trauma at a young age can result in the need to retreat, and escape into a fantasy world. The Moon is the unconscious ego, and therefore, confusion, delusion and the inability to see reality (Neptune) is sometimes a problematic pattern in life. Neptune is also placed in the 12th house (own house) a powerful placement indicated for those with Multiple Personality Disorder…read more here.