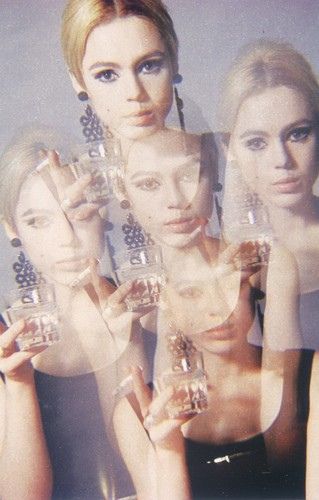 When the Sun is conjunct, square or opposite Neptune, a person’s emotional and psychological reactions to others are particularly sensitive .  An intuitive sensory insight that adds depth, inventiveness, and fresh perspectives, suggests a link to visionary traits and potentially artistic leanings,  The borders of a person might be incredibly blurry, loose, and open to intrusion by others at times. This also leaves the “doors open” for some to be abused, deceived, and otherwise manipulated. Since Neptune is concerned with feelings, psychic receptivity, and the ability to see beyond the finite, people born under this aspect are like sponges and have difficulties protecting themselves from the outside world.

Consequently, children born with this aspect may grow up with a wounded sense of their sense of worth, specialness and identity. Which is related to a loose connection with the father. There maybe a statement about life as, “I don’t know who I am,” or, “I have to give up what I want.” The Development of Personality: Seminars in Psychological Astrology (Seminars in Psychological Astrology ; V. 1)

As escapists, these individuals are likely to be discovered fleeing from some part of reality; they have a tough time dealing with the more challenging aspects of life. Aspects between the Sun and Neptune endow a person with sensitivity, and many people are in fact sensitive souls who are frequently too sensitive to everything in their immediate environment. The Sun-Neptune personality type has a strong affinity for anything that is unconscious, and while this capacity may aid in the discovery of creative concepts, artistic vision, and even wisdom, it can also be a danger to the stability of the ego. Because Neptune blurs the borders surrounding the self, it has the potential to diminish one’s sense of self and make it more difficult to distinguish and correctly separate one’s own demands from those of other people.

The roles of singer, musician, artist, actor, photographer, dancer and astrologer are all regularly filled by people with this combination of qualities, as is any profession that requires the use of one’s imagination, creativity, and fantasy. Therefore, there is frequently a great deal of creative capacity and huge intuitive ability that has to be channelled into some kind of expression. The Sun-Neptune personality type has a great sense of colour, pictures, auras, and healing, and is very sensitive to the sensations of sound, touch, and visual stimulation. Nonetheless, if they do not find a constructive outlet for their fantasies, they may feel aimless, lost, and chaotic, and their abilities may be wasted. The fact that they have lost their path would be a tragedy since they are the personification of creative inventiveness and compassion, as well as uplifting ideals and musical abilities.

Individuals born under the sign of Neptune must have a greater, spiritual vision of life, and they frequently have a strong sense of mission and are prepared to sacrifice personal desires in order to achieve it. It is possible for them to be lifelong devotees of whatever it is they are pursuing in addition to their spiritual goals, so long as they have a sense of emotional merging with the cause and the sense of doing something that is beneficial to the greater good. The individual has been gifted with a loving and compassionate disposition, but he or she must be on the lookout for mystical cults, fraudulent organisations, and being misled.

This aspect of their personality is filled with strong feelings of empathy for others, particularly for those who are hurting, helpless, or suffering from the most profound tragedies. People who have these relationships are empathetic, understanding, and vulnerable on an emotional level. In any case, whether the Sun is in conjunct with Neptune, in square with Neptune, or in opposition to Neptune, they feel the sorrow of others and are able to perceive both the deepest depths as well as the most luminous aspect of the human soul. 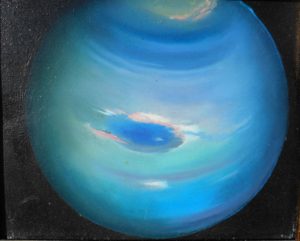 In astrology, Neptune is the planet associated with our dreams, aspirations, and hopes. Those born under the influence of the hard aspects of Neptune experience constant dissatisfaction, disillusionment, and hopelessness as a result of their inability to bring their aspirations and hopes to fruition. Those dealing with tough addictions, suicidal inclinations, compulsions, and despair are among the most difficult parts of life to deal with. Neptune was the deity of the sea in Roman mythology, and persons who have a strong connection to the planet might have a personality that is lost, wandering, and despairing in nature.

The type appears to be always on the lookout for something they haven’t yet found. The mystery behind it might be revealed by Neptune’s pursuit for enlightenment, as well as by the way it continues to stir up the soul’s deepest yearnings and most far-reaching dreams throughout his life. It has frequently been claimed that the Neptune person is easily seduced and that they would fall for anything that offers a glimpse of what they sorely crave. This is certainly true. Since a result, anyone who come into contact with this energy must be aware of the light of glamour and illusion when searching for their life’s purpose, as not everything that glitters is always gold.

It is important for those who have the Sun in aspect to Neptune to be aware that the aspect heightens their awareness of the needs of others. However, the mechanism of projection and the unintegrated aspects of the self may be split apart, and the challenge is to see oneself and others in a more realistic light.

The planet Neptune, which is named after the deity of water, has a dreamy, foggy, and formless feel to its atmosphere. Typically, Sun-Neptune persons enjoy spending time near the ocean, since it provides a tranquil setting in which to relax and daydream for a while. People who have these encounters need to be in a solitary environment, yet they might become disoriented and drift more and further away from reality if they are not careful. Because Neptune wants to remove all borders and constraints, and because it sensitises everything it comes into contact with, people who have this planet prominent in their charts are in touch with other realms. 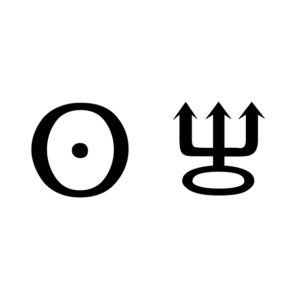 Sun-Neptune people frequently need to get away because they have difficulty making decisions and because they have a strong need to cleanse the negativity of the world and to distance oneself from the ideas and feelings of others. Neptune types are prone to numbing their emotions because to their strong wish to escape. As a result, they should avoid using drugs, drinking, and engaging in other destructive activities when the sense of being lost, confused, and downhearted washes over them as it normally does. Succumbing just makes things worse in the long term, and escaping life shouldn’t be the only option available to you. We feel powerless while we are in the presence of Neptune, but the person will eventually have to cope with external reality, and there will always be a high and a low route to choose between. 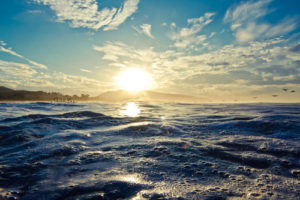 Women who come into contact with Neptune may find themselves in a relationship with a man who represents Neptune. He might be an artist, musician, con artist, drug addict, or alcoholic, among other things. Sometimes a woman on the lookout for a lover may hunt for a wreckage in a relationship in order to salvage what she can. Generally speaking, the planet Neptune is associated with mental uncertainty, self-deception, and destructiveness since it intrudes on one’s sense of self, causing extra issues. The person may try to avoid any obligations, be gullible, and have a weak or dispersed self-image, among other characteristics. Furthermore, they have a low level of confidence in their abilities and experience tremendous waves of self-doubt when they get even a little bit closer to accomplishing their illusive goals. The sentiments, for the most part, struggle to maintain concentration on their objectives and are easily diverted, preferring to avoid reality whenever possible.

Sun-Neptune might be devoid of direction and, as a result, feel listless and exhausted. Neptune has difficulty maintaining self-discipline, motivation, and self-assurance. What these persons do not lack is inner creativity, creative aptitude, or healing abilities; nevertheless, they must learn to channel this energy in a positive manner. The majority of the time, they are unsure of their life’s purpose, are unsure of who they are at certain points in time, and are suffering from a sense of identity loss.

A Sun-Neptune aspect in the birth chart indicates that a person has a great deal of compassion and often feels affection for everyone, and that he or she is greatly distressed when acts of cruelty are committed. In fact, the Sun-Neptune combination can identify with either the sufferer or the saviour. Obviously, they must exercise caution in order to avoid falling into the trap of martyrdom or being a doormat. Neptune’s creative energy is channelled through the ordinary person, who feels at one with the world and cannot help but identifies with the greater whole. If the person can find a suitable outlet for Neptune’s energy, it will aid them in remaining focused and fulfilled long enough to achieve their highest ideals.