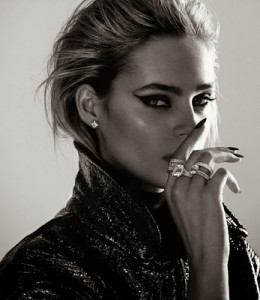 An individual with the Sun conjunct, square or opposite Pluto is known to have powerful desires, massive capability, and absurd willpower. Sun-Pluto may possess healing powers, hypnotic abilities, and a strong hold over people. As a result, these talents are tremendously helpful in the psychotherapy areas. Accordingly, Pluto is the catalyst for change and transformation in taboo areas. Psychology, which also holds a magical quality for its ability to transform an individual is a powerful draw in life. The person with this contact is often found heavily involved with others in counseling type roles, supporting those battered and bruised physically, emotionally and psychologically.

The individual will experience the cycle of life, death, and rebirth in everything. The Sun, ruler of our identity, life-force, and energy. Pluto, the planet of fate, destiny and doom – intimately connect. Periodically, there are massive changes in personality, and a desperate urge to transform the self. A Plutonian individual often feels the hand of fate working throughout their life. As Pluto is also a major signification of transformation is not uncommon for them to recognize these transforming changes and in some cases, being entirely remade.

Many Plutonians have faced betrayal and seen the uglier side of human relations when growing up. For instance, they may have been exposed to abuse, domestic violence, cruelty, brutality, jealousy, treachery, and greed. In fact, they may feel as if they are a magnet for these things. It is known to psychologists to believe that the unconscious sets up these unresolved conflicts to provoke conscious awareness, change and healing. The aspect seems to demand considerable inner growth, especially in the areas of the identity, sense of purpose and will. For transformation to happen a catalyst, trigger, and stimulant is needed and this may explain the destructive element of life.

Furthermore, those with Sun conjunct, square or opposite Pluto may have to work through some deeper psychological problems like a mental-breakdown, obsessive behavior and paranoia. Many feel there is a sense of darkness looming like a shadow over life, and intense emotional turmoil. A cathartic experience is often  needed to release all of their pent up energy. It typically involves eliminating old patterns of life that are no longer necessary. Pluto aspects commonly involve digging below the surface, and an acceptance of the primitive side of the nature. Anything that gets bottled up always comes back with greater force. Pluto is the storehouse of all of our negative complexes, but beneath the darkness, we unearth undeveloped potential, resources, and buried treasure.

A Sun-Pluto individual often experiences supernatural events, mysterious meetings, and chance encounters. They do everything in extremes, it’s all or nothing in their philosophy of life. The character is usually one that holds strong beliefs, ideas, and opinions that are expressed with great force. The person has a magnetic personality, but is also drawn to people in possession of power, fame, and to those in positions of authority. In fact, a position of power is often sought, they are ambitious souls, and very competitive and overwhelming when challenged

Commonly, there are often business upheavals, various traumas, and heavy financial issues to deal with. The person frequently gets involved in heavy entanglements that are never easy to finalize. In astrology, Pluto is associated with frustrated desires, and it would seem that for anything to be truly gained there always has to be some kind of loss, ending and death. It is in the Pluto realm where we meet with our compulsions, possessiveness, and insatiable passions, and feel like we are on a continual cycle. Not surprisingly, a Sun-Pluto individual soon discovers their inner desires influence the entire life. Hence, the person is obsessed with achieving a particular goal; such intensity, focus, and determination is certainly something to be admired.

Sexuality and penetration fall in Pluto’s domain and the person often falls obsessively in love. Many relationships need to be long-term as they have this powerful sense of commitment relating to the fixity of both planets. Pluto’s energy is single-minded in its direction, and once the choice is made there is no going back. Thus, they can lose control when falling in love, and there is little anyone can do to stop this attraction. A Sun-Pluto type does not always like to admit that when in love they feel at their most vulnerable.

“Pluto aspects which indicate pretty serious difficulties or blockages..intimacy can bring up a great many fear and deep complexes, making closeness to another person a threatening prospect. Intimate relationship generates intense anxiety, as if you fear the other person will annihilate of destroy you,  so you drive the other away or run from the relationship…but also associating separateness with abandonment, death and destruction.” The Inner Planets: Building Blocks of Personal Reality (Seminars in Psychological Astrology)

In Pluto’s domain there is a rags to riches story and the overcoming of our biggest obstacles, complexes and deepest insecurities. A Sun-Pluto person may have to deal with what psychologists call ‘the human shadow’. If anyone is carrying a huge emotional weight it is the Pluto individual. Pluto is where we get totally absorbed in what we love and hate. The key issue is delving into the parts of the personality that are touchy, but on a more positive and transformative note this is a contact that usually belongs to individuals who are natural psychoanalysts, and they seem to hold all the inner gold, and nuggets of wisdom that help any individual to transform. The deep insights into others and oneself are always fascinating and their probing, analytic, and relentless nature often gets to the core of any problem.

Sun-Pluto in aspect can deepen the awareness of life through very intense experiences. Typically, the individual is not allowed to stay on the surface, and must get involved more. The breakdown component of Pluto is important and even though it involves painful exposes, an emotionally mature outlook eventually develops. Additionally, through such burning of the soul’s deepest and darkest desires the person will emerge freer, lighter and more purposeful in the end.

More information on Sun-Pluto aspects. Read this article for those with Sun square Pluto.