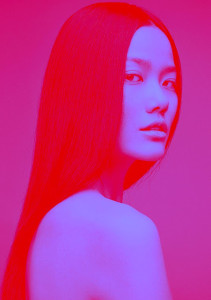 Mars is the fourth planet from the Sun; the first planet beyond the Earth and is symbolic of our outward driving force. Mars rules Aries, where Man sees himself as a separate being, and the self-hood is immensely important. The Ram is a profound symbol of the burgeoning sense of new consciousness, renewing effort and rules everything newly discovered. The red planet Mars is named after the Roman god of war. Soldiers would pay tribute to this deity before going off to do battle. Powerfully built, its motif – a circle (signifying spirit) from which an arrow shoots forth representing the inner drive for action; the pure expression of one’s life force as well as the male sex drive, hungry loins, sexual heat, and lust. It is thought to be the planet striking at the core of a man’s basic identity, and masculine self-image. Even so, all soul is lost if a man uses his Mars solely for sexual conquest, gratification or as a release for angry feelings, and this can only lead to purely selfish desires. However, cultural influences aside, a woman can also possess a powerful Mars and she is encouraged to develop its qualities, and to feel more comfortable with making decisions, going after what she wants as well as taking a stand when needed. Mars is about making headway in the world, signifying the right to exist, understanding that life is a jungle, with everybody fighting for what they want. Still, its positive use is not about pushing others out of the way, but to battle with one’s own psychology and champion the winner inside to ‘rise up’ and fight.

The red planet signifies independence and leadership which is not about needing to depend on others to take the lead. In point of fact, it greatly satisfies Mars, when a person acts, finds self-motivation, and is actively pushing their destiny forward. Additionally, this symbol in the horoscope represents the instinct for discovery, pioneering, and trailblazing new paths. This planet is associated with the Greek God Ares, fortunate in war but unfortunate in love. It relates to the basic survival instinct, fight or flight, win or die. When somebody attacks us – Mars will often ignite like fire and we feel a burning instinct to survive as adrenaline pumps through our blood, energy will suddenly increase. It has been shown that in times of crisis we can muster up super-human strength, beyond what is normal. The extra strength is believed to come from a rush of blood becoming energized, heart beating faster. For example, the two teenage sisters who lifted a tractor to save their father underneath.

Mars Astrology – Ready For All

Mars in astrology is symbolic of the battling, courageous, strong-armed hero, forcing his way to the front. The Martian energy represents our ability to initiate and this is an extremely physical plane in the chart. Misapplication of its energy can result in terrible violence, heedless fury, and carnage. It is associated with scarlet red and is a raw and rude force in the universe, seeking to triumph over its environment with territorial urges and animal life forces. For various reasons, it has gained a reputation for selfishness, aggressiveness, competitiveness, moving others aside; grabbing the prize. Mars is the fighter of the horoscope; it has strength, heat, and a temper that can be sudden and explosive. We need Mars to fight on our behalf  and for important causes. We can see a strong Martian element in an individual who always has to ‘do something about it’. He can never let things sit.

Mars rules the blood and the general physical health. Being fit and exercising to keep the physical vehicle in great condition is vital to have the energy to pursue our desires. We are told in traditional astrology that a well aspected Mars represents a strong vitality, health and well-being, as well as indicating courage, pride, physical strength, decisiveness, and a sense of being a good sport. A weak Mars in the nativity can result in a low immune system with no energy at all. A repressed Mars can be a factor in chronic illness or depression and ill sometimes relate to impotence. Mars is linked to our recuperative energy from illness or setback and is related to the fight or flight response. Our Mars sign and house can show where we might meet with competition, arguments, and reveals the power we have to face life’s obstacles.

Mars represents iron, high fevers, accidents, pain, and surgery. Our blood is associated with Mars a planet which also deems honor as important as it rules the mobilization of armed forces. Mars rules all matter, objects, and associations with warfare, bloodshed, conquest and destruction. When war is declared the populace is put on high alert, it is the loud air-raid siren, calling for action. The language used to describe white blood cells is strangely military. They are said to surround and destroy bacteria, engulf, digest and devour invading microorganisms. It is likened to soldiers going to war on behalf of nations that are our bodies, identifying, targeting and destroying foreign invaders. We often use war speak when fighting a disease, whether we are winning or losing the fight.

Mars can also be source of inspiration and joy. It’s the essence of feeling completely alive, the heart pounding adrenalized sensation of pushing oneself to the limit in hot pursuit of some prize, and represents according to C.G. JUNG, ‘the principle of individuation in the strictest sense’, the spark of the self and the urge to extend it, to become. By Katherine Merlin

“Balls of the Corps”
“Peace Through Strength”
“Molon Labe” (Greek for “Come and take them”)
“Better to die than to be a coward”
“Ready for All, Yielding to None”
“Si vis pacem, para bellum” (Latin for “If you wish for peace, prepare for war.”)
“Lerne leiden ohne zu klagen!” (German for “learn to suffer without complaining!”)
“De Oppresso Liber” (Latin for “To liberate the oppressed”)
“Make Peace or Die”