Sun-Pluto Aspects: The Depths to Which Their Dark Side Can Go

A person with the Sun conjunct, square, or opposite Pluto is likely to be intense, passionate, deeply devoted, and very committed to their cause. At the core, they are profound, powerful, and incredibly difficult to grasp in all of their complexities. Passions may drive them to extremes, which can be seen in their behaviour. Also, they have a hard time letting go of the people they’ve invested in because of how much they care about them. They are not someone you want to play games with because they have strong feelings of emotion and passion when beginning a relationship or making a commitment. Power and control issues can arise for both sexes with this astrological aspect, and they can even test their own mettle over the course of a lifetime.

It’s common for people with a Sun-Pluto astrological combination to be possessive, obsessed, and totally wrapped up in their significant others. Sometimes they develop deep relationships with those who are trying to radically alter their personalities. These women are more likely to get involved with controlling, dominant, and forceful men who try to change them because of their contact with them. However, even when they recognise the pattern as a source of frustration, loved ones often find it difficult to intervene. One reason for this is the complex range of feelings triggered by a deep and very unconscious attraction to Plutonian qualities in men. It’s as if being in a relationship with a particular man casts a powerful spell over them, making it extremely difficult to break free.

The Sun-Pluto person struggles with low self-esteem and is stuck in a revolving door of strong self-confidence followed by crushing lows. Most of their behaviours have unconscious origins, and this bag of energy contains all of the personality’s unresolved issues. But there’s also a part of them that’s amazingly powerful and won’t settle for anything less than truly extraordinary success. But they need to learn to relax a bit and not dwell too much on their own inadequacies, defeats, and feelings of powerlessness. 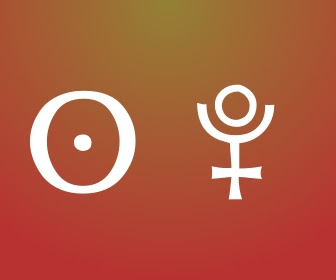 The depths to which their dark side can go vary from megalomaniac and self-destructive to manic-depressive and characterised by compulsive and obsessive behaviour and a need to control one’s surroundings. Pluto is an extreme planet that amplifies feelings of both love and hate because it reveals the best and worst in a person’s nature. Because of this, they often become easily provoked and respond strongly.

Even if they have been crushed by life, either emotionally or physically, they will eventually rise again, and this time they will be even stronger and more influential than before. In this form, they gain invincibility and extra lives after defeating their foes, with additional lives granted for each foe taken out. A Sun-Pluto type is a powerful source of illumination and strength who can accomplish great things. On the other hand, they can come across as rigid and unyielding at times. They are driven by a firm conviction that they are following the path set out for them by fate and destiny. They are aware, however, that a new turning point in their lives is always possible. The Pluto personality is profoundly attuned to life’s cyclical nature and its ability to adapt to new circumstances. And even when everything is lost, they are still given the chance to start over. Once again, they have the capacity for rejuvenation and the means to recover and come back stronger.

An individual with the Sun in aspect to Pluto may experience a change in personality and way of life at some point. They may also say that whatever has happened to them has made them even more determined, and that they are not the same person they were before. As a result, they are challenging to get to know on a personal level, and they prefer not to form superficial relationships due to trust issues. In their search for the meaning of life, many Sun-Pluto’s delve into fields like psychology, the occult, and cosmological mysteries. It’s common for them to be interested in regeneration projects and other attempts to improve the world. Possible points of interest include their work in healing and therapy, as many of them have actually hit rock bottom before finding their way back up.

Additional themes on Sun-Pluto revolve around the father figure (Sun), who typically plays a pivotal role in the protagonist’s journey (Sun) toward self-actualization and transformation (Pluto).

1. The father may have sunken into a black depression
2. An addictive personality, with compulsive habits
3. Had psychological problems, completely losing control at times.
4. The child may have felt frightened, and exposure to such violence may not have been intentional.
5. Perhaps a male figure was dominating, engaged in power struggles, and the individual felt controlled or manipulated.
6. Scenarios could include incestuous undercurrents.
7. The father died or abandoned the family leaving them devastated.
8. The father could be a great source of strength and be deeply admired.
9. A powerful bonding occurred between father and child which is hard to come between.
10. Sometimes Dad is cast as the villain in this life play and someone to blame for all their weaknesses and flaws. Blame often fills in the gaps to make sense of life.

The relationship as a whole could benefit from some forgiving and letting go of the past. Most of Sun- Pluto’s life is marked by crises at home, trauma, and upheaval, all of which culminate in pivotal endings and new beginnings. A true survivor at heart, each of them is a force to be reckoned with when at their peak performance. The highs and lows of their lives are dramatic, and they wouldn’t change a thing about it.