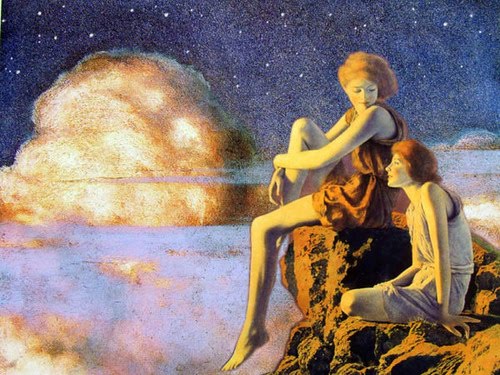 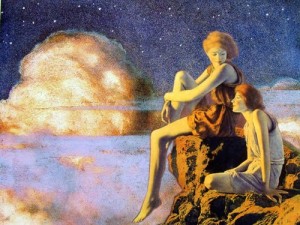 The air signs in astrology (Gemini, Libra and Aquarius) are the thinking, rational and intelligent folks of the zodiac. In possession of a style which is contemplative; the air element is related to the principle of the mind and this predominately distinguishes man from the animal kingdom. However, all living organisms breathe air — be they flowers, beasts or human beings and this means air has an incredibly unifying quality. The Element of Air refers to all universal and inspiring modes of communication and allows us to make contact. It brings separate individuals together in a group activity, to interface, have a conversation, a chat, a discussion, to shoot the breeze.

The primary mode of the air signs concerns itself with how we relate to other people, to meet and interact. In short, they involve themselves in human affairs. The air signs govern the many forms of communicating such as the pen and light-weight paper, air mail, computers, email, and so forth. The interaction could be on a one-on-one basis, include neighbours and friends and massively grow large into a community of people sharing their points of views, ideas or theories. Lines of communication grow larger as we progress through the airy trigon of the zodiac, beginning with the general conversation of Gemini, weighing objectively in Libra and spanning a worldwide conference in the sign of Aquarius.

The element of Air is associated with the swords suit. At its best, air is crystal clear, examining situations with clarity, but it was Aristotle that exclaimed air to be an essentially cold element. It can cut through the chaos, make decisions, and rise above conflict. Many air people are highly intellectual in their approach to the world and other people, as well as in vocation. In the realm of Jungian astrology, air is related to the thinking function and these people are usually the thinkers of the world, reporters, mediators, journalists, scientists, writers, media workers, and socialists. Many are adept at making social commentaries, and everything is logically sequenced in this highly abstract realm; they envision via their minds how to put better-working systems into place.

The thinking types will often engage in everyday problem-solving, and it is claimed that our human minds are most excited by that which strikes and enters the mind at once and suddenly, but all thinking involves processing information. Civilization advances through our ideas and this sums up adequately the idea of progress. We can make advances in technology, science, and social organization which can produce an improvement in the human condition. We have the potential to live a better quality of life rising above our hindrances. We have mundane or routine thinking, making plans, decisions, and judgements. The air signs also categorize, do a puzzle, and make hypothesis models in their heads about how things could work. Human progress in the world has been referred to as a divine plan and we witness slavery abolished, the rise of literacy, the lessening of inequalities between the sexes, reforms in all areas of life. The airy signs have a lot to with modernization and as knowledge grows we feel a sense of great liberation.

As Dane Rudyard points out, “in a few days the winds carry the same air all around the globe as if to mock our national sovereignties and exclusiveness’s. We all breathe it and throw the wastes of our bodies into it. It circulates as oxygen within the depths of all human beings, and without it, there could be no life. It fills the lungs and cells of the proudest isolationist or racist inevitably link him, whether he is aware of it or not, with those he may refuse to befriend or the existence of whom he may not even acknowledge. It is a dynamic force — archetypally.”

Many of these natives have highly active minds and they can live in their heads quite a lot. Even as far as being described as always having their head in the clouds. All of this is mostly due to their over-idealism containing a fostering of objective and rational outlook. For the airy signs rule all things connected to the outer world in the form of socializing, and everything we perceive and comprehend. Air is the purest element, light and invisible. Air represents our social, communicative and mental qualities, ruling over groups of people, shining brightly in the buzzing conversation. The eternal wish makers of society give birth to all kinds of wondrous ideas, making up all of the questions, examinations and intellectual pondering.

The world is seen through amazing clarity and can take on the form of gossiping, chit-chat, fact sharing, flattery, one-liners, theories shared, weighing up opposites points of view, and taking in a wide range of opinions. In the main, the air signs are unclouded by emotions and are guided by the light of lucid perception. They are also the perfectionists of the zodiac and through high ideals and thoughts, scale heights of magnificence, thinking up the world never dreamed up before. The air signs are highly bound up with everything we consider to be most human in society and they are always accumulating information and putting it into an intellectual framework, devising plans for the future enhancement of human beings.

The intellectually orientated signs are always delving into what makes our existence from the immediate mind of the environment and collecting facts, to weighing ideas and making judgments, all the way up to the universal mind. The air signs have the ability to rise above emotionally heavy situations and weigh in with their clear ideas of how we can improve things for the better. Often, being described as a breath of fresh air. Many enjoy observing human nature from a distance.

The ancient symbol for man is the pentagram of five pointed star, and the number 5 has always been associated with Mercury, the significator of the mind. Following this line of thought, we can see a correlation with the fact that five divided into the circle of three hundred and sixty degrees yields the quintile of seventy-two degrees, one which is associated with skill and the possession of an unusual mental capacity – the province of Mercury who was an androgynous figure in mythology. All of these associations help to illuminate the nature of the airy trigon.

This quote below also summed up eloquently the air signs in motion:

“For them, the earliest condition of men resembled that of the beasts, and from this primitive and miserable condition they laboriously reached the existing state of civilisation, not by external guidance or as a consequence of some initial design, but simply by the exercise of human intelligence throughout a long period.”