The Full Moon in Scorpio symbolizes the slain head of Medusa. The imagery shows the full force of emotions that could be experienced under Scorpio. A few days before the occurrence of the latest Full Moon in Scorpio a British woman was decapitated in Tenerife. A crazed lunatic entered a supermarket, grabbed a knife inside the store, and stabbed the woman 14 times before proceeding to cut off her head. The assailant left the store shouting that he was god’s avenger and that he had come to mete out justice. The man ran out of the supermarket carrying the woman’s head, and some people thought it was a fake head.

The Full Moon in Scorpio brings out the enraged and humiliated woman. Another featured event of this recent Black Moon concerns a maid accusing international Monetary Fund head, Dominique Strass-Kahn, of rape. An ex-Big Brother star, Imogen, has also been exposed as a married footballer’s mistress. However, he has a full injunction against Imogen naming and shaming him. Naturally she is enraged over this abuse, she has not been given the same anonymity. The Full Moon in Scorpio reveals powerful emotions, exposed sex offenders, and lunatics.

When the Moon falls in Scorpio it especially highlights the intensity of the Full Moon and it falls into the domain of the superconsciousness and it appears a strange thing, at first, to say about Scorpio as so much is suppressed in the personality. However, the energy can be both personal and collective and relates to larger experiences and this always come into conflict with personal aims and often these times can result in immediate chaos anytime we find an outer planet, such as Pluto, ruling over Scorpio’s domain becoming a central figure in that time frame. What’s more is that it can stir up conflicts, storms, and venomous events. Scorpio also has a connection to the mentally disturbed people in society and can reveal our compulsive attractions, obsessions, and destructive energy. 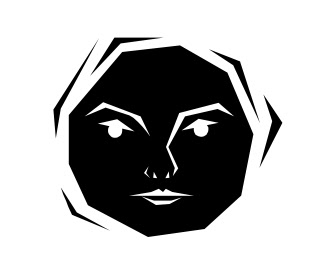 The process of Scorpio is to die and be reborn. Many of the events that are stirred at this time involve extreme self-destructiveness, rage and also crime. Pluto’s domain in mythology through Hades is the underworld. The Persephone myth involves such a journey, along with rape and loss of innocence. With Scorpio energy, there is also the desire to taste the forbidden fruit. Under Scorpio, many manipulations can occur and people are more vulnerable to powerlessness, but it also teaches us important lessons of becoming empowered and we often leave this phase with fewer illusions and a real understanding of what lies beneath the surface of life.

A cloak and dagger feeling permeates the air. This is an auspicious time to accumulate previously hidden information. Stunning revelations are magically revealed..it is the sign of the detective, and even Sherlock Holmes may discover a few things he did not previously suspect, under such a celestial event take your trench coat with you!…You will give up something…Scorpio among other things is the sign of death, rebirth, and renunciation. Something you once valued falls away. This could be a cherished attitude, possession, relationship or pattern of being  and it may hurt to let go of something under the Scorpio Full Moon. Sacred Mysteries of Egypt: An Astrological Interpretation of Ancient Holographic Wisdom