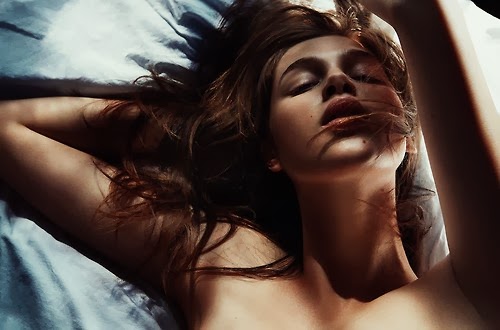 Examining strange medical conditions in astrology charts can be quite fascinating, and this one is no different and involves a difficult state that disturbs the natural rhythm and daily routine of life. The individual has Narcolepsy and this is defined as a chronic sleep disorder, and is characterized by excessive sleepiness. It means that the person is prone to sudden daytime sleep attacks and there may also be an onset of paralysis, night visions and hallucinations.

What happens in sleep paralysis is that your body remains in sleep mode while your mind becomes aware, and this usually happens when we are falling asleep or waking up. It can last for a few seconds or a few minutes, but it is a terrifying experience. It is not known whether this man suffered from sleep paralysis, but the Narcolepsy caused him to fall asleep for 18 hours a day while he was at college.

The most common place for astrologers to look in the natal chart for this kind of disorder is through 12th house afflictions and challenging Neptune aspects. This is because these significators rule the unconscious, our sleep patterns, and usually health issues as well, being part of the 6th/12th house axis. Furthermore, if anything affects the central nervous system in the body it would make sense to analyse the mental rulers in the chart. In Astrology, Mercury is associated with our state of mind, and influences the nervous system, and the planet believed to rule our brain and its function using electrical signals – is Uranus.

If there is a fault in our wiring the whole bodily system can break down.The nervous system links the mind with the body, and it like the body is run by a large transmitter, but the brain is often considered a computer-like organ. For example, a person with Uranus powerful in their chart tends to have periods in their life when they are suddenly overloaded with information; this is the type of Uranian spark that brings flashes of inspiration, knowledge and visions. Uranian energy makes us feel restless, mentally exhausted, and it can create shocking and disruptive behavior towards others and even within our own mindset and body.

Uranian people tend to cause electrical items go funny, and this is due to their overloaded energy, and things around them cut out. In line with this thinking for the narcoleptic it was the body that kept shutting down his system. A look at he man’s horoscope reveals the Moon opposite Mercury forming a T-square to Uranus on the cusp of the 6th house. Uranus is conjunct the 6th house cusp opposite the 12th house cusp. A Narcoleptic experiences disturbed (Uranus) nocturnal sleep (12th) and develops an abnormal daytime sleep pattern.

The 6th house rules everything we do on a daily basis and represents our day-to-day routine. Uranus in the 6th house is likely to disrupt normal routines, and there is often difficulty in establishing a stable working life. On the one hand, it could show someone that is an innovative worker, works with technology, and is a visionary in the workplace, they may take a revolutionary approach to health and medicine. Mathematics, technology, or scientific skills may also be highly developed. The 6th house rules the acquisition of knowledge and skills, along with those things we do on a ritual basis. On the other hand, if Uranus is challenged in the 6th house it tends to bring sudden chaos and disruption to the individual’s daily routine, and it may signify someone that hates following rules and regulations in the workplace. It could also show somebody who requires freedom and space on the job.

On the health side it signals unusual medical conditions that are difficult to diagnose. In Eugene’s chart Uranus on his 6th house cusp disrupts the cycles and rhythms of his physical world. When Uranus is in the 6th house normal habits and routines tend to go awry, but I think there has to be some acceptance that daily life will not always run smoothly, and even though most people have a structured routine, Uranus is prone to “instability”. I guess we shouldn’t take a “normal” sleeping pattern for granted and count ourselves lucky if we do have a workable pattern of sleep.