I was reading an interesting quote from Born on a Rotten Day by Hazel Dixon-Cooper and she believes: “The Libra man is an idealistic dreamer who believes in world peace and fair play. He will take you to the most expensive restaurant..He wants a Barbie Doll to cook, clean, and entertain his endless procession of casual friends. He’s superficial. A Libra man prefers beauty to substance and expects to be blindsided by the emotion of a perfect love.”

I found this fascinating and thinking of a particular Libran male (Mr. Simon Cowell) who likes the ladies on his arm, one can see the effect beauty has over him. However, he tends to like the darker haired and exotic looking female. I personally don’t  find him sexist, but I am not sure how others feel. The women he dates appear to be on a fair playing ground with him. The keen business man has helped launch many of his female judges careers, moving them onto greater success.

I once read that Cowell likes drama in his relationships and this is pretty much down to his Venus-Pluto conjunction and the need to experience more intense love affairs. They do have the habit of digging their nails in and scratching below the surface of any partnership. Pretense in a relationship is never a good option for Venus-Pluto people as they are compelled to always look deeper and experience something quite life-changing in regards to their relations with others.

The Libran man gets along with the opposite sex incredibly well and he wants to see you in the best light possible. Bill Clinton with a stellium in Libra is another male that has been accused of being dominated and incredibly attracted to women. However, he is also paired with a partner who also clearly wears the trousers in the relationship, and Libra needs to meet his equal. I doubt all Libran men are easily swayed by a pretty face and once you throw in all the different elements that make up a horoscope it can change a person radically, but there is definitely an intellectual understanding of the opposite sex and the unique ability to relate to them on their level. 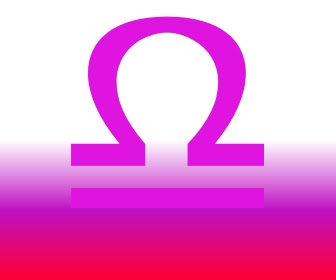 Astrologically Libra is the sign of relationships and the search for the perfect partnership. Libra also rules symmetry and Barbie has a perfectly symmetrical face and body, is interested in fashion, won’t be seen without make-up, and never has a bad hair day. Usually, she looks immaculate unless you were like me as a little girl and decided to give Barbie a new hair cut! Getting back on topic, Astrologer, Liz Greene, believes that the sooner the Libran man climbs down the Ivory Tower which is his protection against emotional pain and disillusionment, the sooner he can begin the real work, which is first to marry the conflicting sides within himself. Whether it’s his intellect and his emotions, his maleness and his femaleness, his spirituality, and his materialism. Libra will always have deep conflicts within himself which represent the deep conflicts in his life. The author also nails Mr. Cowells Librian shadow and his deeply charming and flirtatious side.

Some astrologers believe that the most superficial Libran male will gladly have a plastic wife and treat her just like a doll. We can see he understands that women usually like to feel good about their appearance. I personally believe Libra is authentic in his interest in others and he generally wants to hear what Barbie has to say.