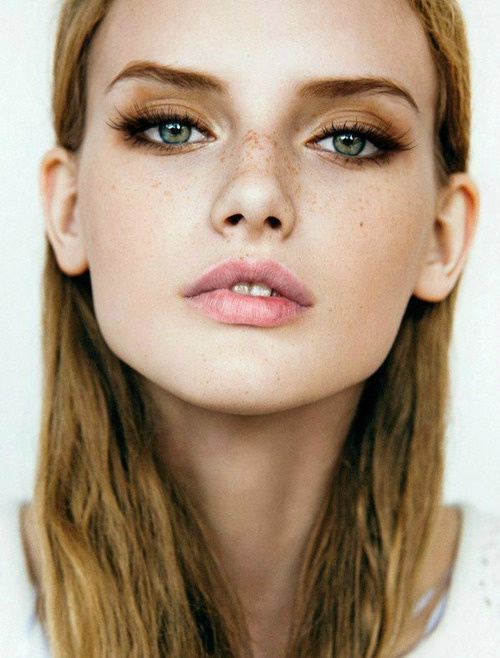 The Cardinal houses in the horoscope, 1st, 4th, 7th and 10th houses, are naturally ruled by Aries, Cancer, Libra and Capricorn, and the word Cardinal is Latin for Cardo meaning that this is where life hinges. The cardinal houses could be described as the four marriages as they play the most dominate roles in our lives ruling over the identity, family, relationship and career. The cardinal cross is the ultimate – the marriage of marriages.

The 1st house rules over an individual’s identity, symbolizing new birth, and it is life ascending.  The idea of the rising sign, is that it is symbolic of the image we present to the world, describing how we approach life and it is often compared to as the persona or the “mask” we wear in social situations and is one of the most important factors considered in a chart reading.  Typically, at work, outside and in social situations, one can pretty much function in the way described by the rising sign and planets, we often put on a façade, that hides the real individual underneath. We can have one version, we show the outside world, and the other parts of the self can remain hidden.

We all wear different masks for different reasons. Some masks we put on because it is truly who we want to be. Some we wear because we cannot face who we are underneath or it is because it is who someone needs us to be. Some masks we wear because we hope to stay hidden. But that’s the problem with wearing masks they can be ripped off at any moment. Gossip Girl

The Ascendant is the front door of the house, and it is also the door of perception; it rules the way we view life. The sign on the Ascendant and planets placed there describe the way we express ourselves out into the world. In psychological terms, it certainly isn’t superficial and the 1st house refers to one of the most important tasks we are seeking to accomplish in this lifetime. The house of identity turns one’s focus to the self- and one’s own interests; it is ruled by the astrological sign of Aries and shares on matters involving the self-identity, existing independently, and plays a major role in becoming a separate, autonomous being, with a powerful sense of self-hood. A horoscope with an emphasis on planets in Aries or the 1st house teaches the individual lessons around independence, individuality, and to be distinctive. The Ascendant in the chart is the starting point, the beginning, and a rupture occurs at birth marking the arrival of an individual that emerges with an identity and the impulse toward life.

The Fourth house is our home life and emotional ties, and also the inner private life of the individual, reflecting our psychological roots, as well as being the place we go to reconnect with ourselves. The house is positioned at the bottom of the chart, the Nadir. The fourth house reveals the watery realm underneath the personality which is at its deepest level, bringing us to what lies in the depths of the individual; his first roots, and the notion of  the 4th house being a familiar point in the chart, indicating where the soul belongs. The home is ruled over by the Moon and family has its own set of rhythms, cycles and phases so much so that it could run on autopilot. On the birth-chart, it is the part of life that possesses our history, and gives us a background story of any individual. The Moon as ruler over the family domain brings us to its indirect nature, dark shadows, and the unconscious realm. Alongside this is the underlying meaning of the fourth house sphere as being less obvious, in this way, it’s symbolic of our most hidden, private and secret self playing like a vintage movie.

Howard Sasportas alludes to this house as being the underlying “I” the inner place we go to centre ourselves, describing what we are like deep down. Also dealing with the scripts we learned from an early age from our parents, a kind of conditioning. Also referring to what is hidden, and residing in the unconscious realm of the 4th house which can enact itself in the second part of life, sometimes through the death of our own parents.

The unconscious mind, the coming together of our parents gave birth to our own growing foundation and was the foundation of our present adulthood. We look at pictures of our astonishingly youthful mother or father all those years ago, looking intently at the camera and see ourselves waiting for them in the future. Their commitment, however long or however transitory, is the ultimate background to the foreground we now explore as consenting, independent adults. By David Whyte

The Seventh house rules marriage, others, our public relations. Venus rules over this domain and the need to feel loved compels us into relationships to harmonize and share our world. However, if the individuals in the relationship have never formed their own identities it can cause conflict when the need arises much later. In particular, this house is one to one partnerships, both personal and business, significant others, and is also the house of the ‘not self’. The trappings of this house usually happen when we throw ourselves into the other’s world (7th), be a plus one, and then lose our identity, and lose sight of the self (1st). It is often only when the relationship is over that we realize that we have to find our way back to our identity. According to David Whyte, marriage is loaded with associations, not only the longed for associations of the mythical horse and carriage that carries us off in perfect felicity…Each of us has a profound inherited notion of a marriage of partnership from the success or failure of our own parents. Another interesting point made by Whyte is that once a couple has a child, it can be strengthening, but there is also struggle with the time to be a couple. Also stating, that it’s a constantly pulling world, relationships, children and the world pull at us.

Even if we find that circumstances allow us both to be a good parent and to follow a brilliant career, the moral basis of the brilliant career hinges on not neglecting or abandoning our children at crucial times in their growing, and demands that we re-examine the basis of our marriage with work and many of the outer rewards of prestige we demanded to us the moment we became parents. By David Whyte

The Tenth house is where we want to actualize our potential and make a solid contribution to life. We want to gain respect, have pride in what we have accomplished. The sense of self sufficiency is found right here. All of this need for achievement is gained through working hard, and establishing the self in the world. In many respects it takes time and experience to prove ourselves. It is the finding out of one’s capacity and to concretize them in the world and to build something out of our talents.

People find it hard to balance work with family, family with self, because it might not be a question of balance. Some other dynamic is in play, something to do with the very human attempt at happiness that does not quantify different parts of life and then set them against one another. We are collectively exhausted because of our inability to hold competing parts of ourselves together in a more integrated way. These hidden human dynamics of integration are more of a conversation, more of a synthesis and more…a quest for meaning than a simple attempt at daily ease and contentment….Three principal dynamics: first, through relationships to other people… in a relationship, marriage. Second, through work or a vocation, and third through understanding what it means to be themselves…individuals alive and seemingly separate from everyone and everything. There are three marriages, of work, self and other [As we want to perfect this idea we will include the 4th marriage to fill the cardinal cross and it represents the family and connection to our roots]

The three [four] involve a separate form of courtship and commitment, each almost in a world unto itself that must be rejoined together. The end goal…for a marriage of marriages By David Whyte – The Three Marriages

The cardinal cross is the driving energy of the chart. It rules over action and it’s the most active part of our lives. This brings us to another aspect of the cardinal signs is that they are all about starting things, starting a new enterprise (1st – Aries), starting a relationship (7th-Libra), starting a family (Cancer-4th), and starting a career (Capricorn-10th). Of course we can start things in other areas, but it is the primal cardinal cross, corresponding to the four primary angles that make the biggest impact on the world.  Our ambitions and goals in life sometimes feel as if they carry a heavy price tag – other areas are sacrificed, and nearly everybody feels the conflict of the cardinal houses because they are, as the horoscope reveals, dominating angles in the chart.

Sometimes in the early years of a family, the exploration of our creativity may only be short visits, but essential for the heart and spirit of the parent. As the child gets older and goes to school the windows open again. The work can be revived. The author also notes that we might not get the public satisfaction, many of our contributions not acknowledged. What matters is the knowledge we have affected others and will be remembered even indirectly is the key to human satisfaction.

To ignore the self, relationships, family or outer goals is to create an avalanche wiping out the others… Therefore, we need to give each world its due care, energy and time making for a happier individual.