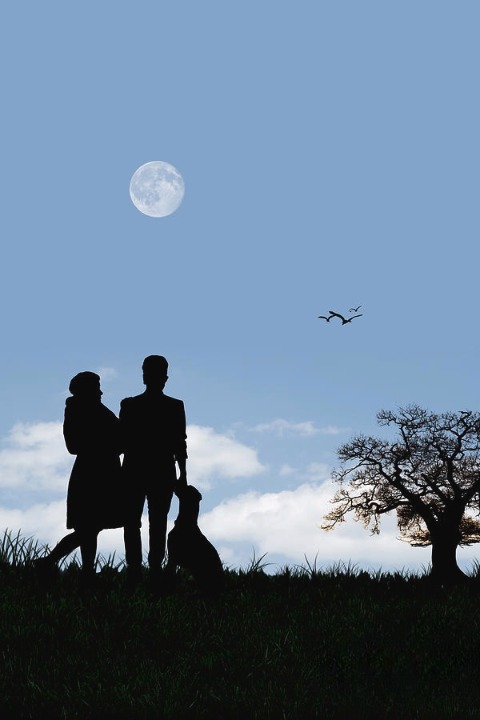 Question: Given that I am a Watery Moon, why am I drawn to Fire Moons?

“I am the fire and you are the rain washing me out, you drown my flame”

The combination of FIRE and WATER can be a steamy attraction, but conflict can arise when Fire injures Water’s delicate nature. A large majority of the time, watery individuals are oversensitive to everything, and few people are able to comprehend their gloomy withdrawal symptoms. Fire people , in the broadest meaning of the word, does not possess the delicate secretiveness that allows them to pick up on the subtexts of any situation. Even though Water may be depressing to Fire, there are times when one of them possesses precisely what the other requires, resulting in a sort of magnetic affinity between them. Occasionally, FIRE may assist water in gaining greater bravery and confidence because WATER has a natural tendency to be more bashful. Water can also assist Fire by fostering compassion for human frailties and thereby increasing sympathy, as these souls can sit in silence with others while travelling through troubled water. Water’s desire for solitude and internalisation, on the other hand, is not easily understood by those with more extroverted personalities; nonetheless, feeling so deeply is not a sign of weakness at all.

In astrology, the moon energy is what commonly has us gripped psychically, captivated by a mood, and it might have the capacity to take over the ego (Sun), particularly after an emotional state has accumulated. Because the Moon has an impact on nearly every aspect of human emotion, it is in close relationships that we learn to know one other’s Moon the best.

FIERY MOONS require passion, independence, and the ability to put on a show. It looks like they are conceited, but this is only because such conduct is overdone to appear thus. The act of being God-like or royal, with many of their expressions being bigger than life, will frequently result in criticism from other introverted and negative astrological types. They have a kind and generous personality on the outside, yet are extremely capable and self-assured on the inside. When you’re romantically connected with these blazing Moons, it seems like you’re on a summer vacation. The signs of Aries, Leo, and Sagittarius have just fallen in love with life, and their excitement is contagious to others around them. They face darkness with light in places where it exists.

The FIRE SIGNS have the ability to take you to exotic locales while introducing you to new experiences. They also appear to have all of the best and most innovative ideas. Individuals with such characteristics jump, dazzle, and crackle. Occasionally, they might be overzealous and fail to let the grass to grow beneath their feet. In a broad sense, they are enthusiastic about new beginnings, enjoy being physically active, and enjoy initiating fun. Fiery spirits are irritable, sometimes referred to as hasty, insensitive, and naively irresponsible, and they have a short fuse.

WATERY MOONS are sensitive and temperamental, and they are frequently insecure in their emotional well-being. Creating an emotional reaction requires that the situation be handled in a very empathetic, sensitive and dramatic manner. Moon in Cancer, Scorpio, or Pisces is notoriously difficult to predict since everything is continuously shifting and flowing – looking irrational. They frequently expect people to be able to read their minds and pick up on their unspoken demands. The WATER SIGNS are skilled at emotional manipulation and have an intuitive understanding of what makes a lover tick. They are deep romantics, and they are never without a good lyrical term that is both deep and imaginative in its meaning. These signs are known for scuttling away, diving underground, or swimming in the deep ocean in order to spiritually replenish the soul during times of darkness, and you will become familiar with their reputation for doing just that. The watery personality also spends a lot of time contemplating the mysteries of life and death, as well as the intimacy of love. Many are easily injured and incredibly sensitive; they all have a safe area where they may go to lick their wounds when the outside world gets too much in their way of living.

The Moon in water needs above all to receive an emotional response from others. It is the most important thing in the world, even if the response is hatred and anger. At least, that is better than one’s feelings falling down a hole somewhere…Nothing activates anxiety in a watery moon than another person’s unresponsiveness, because it is like dropping into the void. One ceases to exist.  By Liz Greene The Luminaries