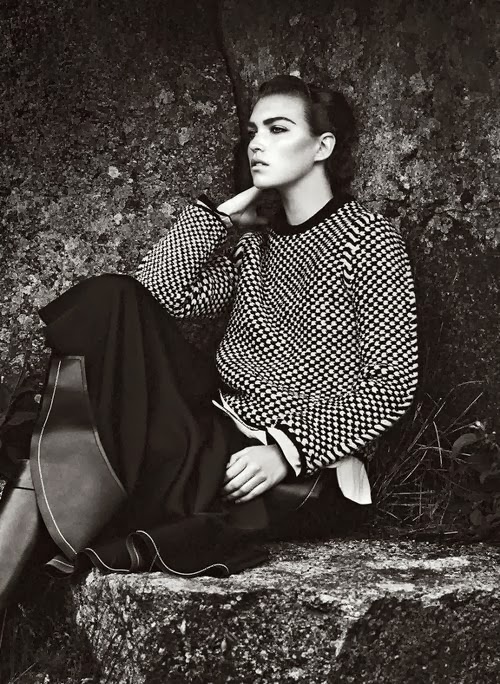 We have all read about Capricorn’s realism, but where does it come from? What is the meaning of such pragmatism, level-headedness, and sensibleness? Capricorn represents such an earthly wisdom, and they size up any project to see if it can be accomplished. Both Taurus and Virgo also have realism, but Capricorn’s reality is on a worldly level, and if they think something is achievable, they have the grit and determination to see it through.

Capricorn is concerned with practical things, e.g., establishing a career, long-term planning, and attaining security. Typically, he or she believes they should work hard for a living, and must be prepared for any unexpected setbacks. Capricorn also has Saturn as ruler and this is a planet that applies the necessary, persistent pressure to achieve.

Sometimes Capricorn is brutally harsh and hates anybody wasting time. Therefore, they may be perceived as a ‘wet blanket’, dampening any initial enthusiasm with too many earthly realities. They are always prepared for the worst and are quick to spot flaws, and think in practical, applicable terms. We might be all excited about a new plan, but Capricorn will list all the possible things that could go wrong and approaches everything in a business-like manner. Capricorn is a realist and sees things as they are and would never want to be seen as foolish; they have far too much pride. As a result, they have a tendency of taking over a project, and applying those extra hours, but only because at the heart of every Capricorn is a deep fear of failure.

Capricorn knows what can or cannot be done in a certain time-frame. One thing you will quickly learn about Capricorns or even Saturnian people is that they learn to endure (stick with something to the end), and you can depend on them. It could also be said that the individual comes across as hard, wherein they don’t allow anyone to see their vulnerability and self-doubt. Capricorn is the backbone of the zodiac; they know the rules and never lose sight of their goals. Anything new arouses distrust, fear and pessimism which inspire them to be cautious and realistic. The hard knocks that occurred throughout life have taught them about delays, death, loneliness, and has forced them to see things without rose-tinted glasses.

Many have been forced through hardship to grow up quickly and develop a thicker skin. Capricorns understand about living in the world which requires toughness and good survival capacities as well as realism and self-honesty. Capricorns don’t mind making mistakes because they learn from them, but are surely destined to be hit by reality more often than not, and are deeply aware of mortality, limitations, and struggle. Thus, they don’t expect a bolt from heaven to shower them with opportunities and good luck, and as over-clichéd as it sounds – they make their own good fortune. Life is hard and one must work doggedly to achieve anything, and such realism relies on the understanding that one cannot have everything that one wants. Saturn (Capricorn’s ruler) represents the old man who has no illusions left.

As Saturn applies pressure to the weak points in your life, it tests the strength of the structure to see if it is sound. And as things begin to sway and crumble, you start to recognize the false securities for what they are. Yet Saturn does have a kinder, gentler side. Saturn is more than just a necessary evil. Once you have gone through your rite of passage, it’s a safe bat that you’ll be set for life. Ruling Planets: Your Astrological Guide to Life’s Ups and Downs