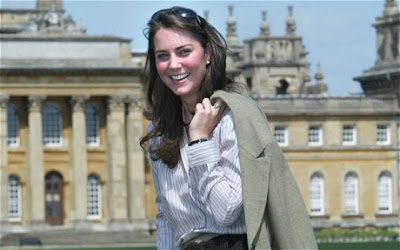 The wedding of Prince William has been set for the 29th of April 2011. The mundane Jupiter- Saturn opposition will be in force, and as I said in a previous post, the Jupiter-Saturn conjunction in Libra in 1981, marked the much-anticipated marriage (Libra) between Prince Charles and Lady Diana. Although the Jupiter-Saturn conjunction often carries greater weight in mundane astrology, the opposition aspect still foretells events connected with social order, religious, legal, formal, and economic cycles. The wedding will cost a financial fortune, but this is balanced with the increased level of tourism at the time of the Royal engagement.

I looked at the transits in Kate’s chart for next year, and transiting Jupiter trines natal Uranus, describing an increased time of excitement, luck, and opportunity. Transiting Jupiter is also square her natal Sun, signifying a time of self-expansion and things tend to get a little over-extravagant (and royal) under such planetary conditions. Kate has Sun in Capricorn and possesses a sensible and self-conscious nature, and she is concerned about social status and about keeping things in order. It must be said that such a large celebration would fall under a Sun-Jupiter contact. Traditionally Jupiter brings providence, joy, and strong religious ceremonies. Astrologers do warn about excessive drinking, eating, and partying under such contacts, so go easy on the drink, Kate.

The chart for England is based on the crowning of William the Conqueror in 1066. Pluto is currently transiting through Capricorn and moving towards a conjunction with the British Sun. The core purpose and destiny of England are going to go through a period of evolution, change, and growth. Pluto transits usually indicate old forms of governments and the family tradition (Capricorn) dying before new structural change can happen. The time of the royal wedding in England shows the Jupiter- Saturn opposition falling almost exactly on our Ascendant (Aries) – Descendant (Libra) axis, describing the general conditions of the country, foreign affairs, relationships with other countries, and significant public marriages.