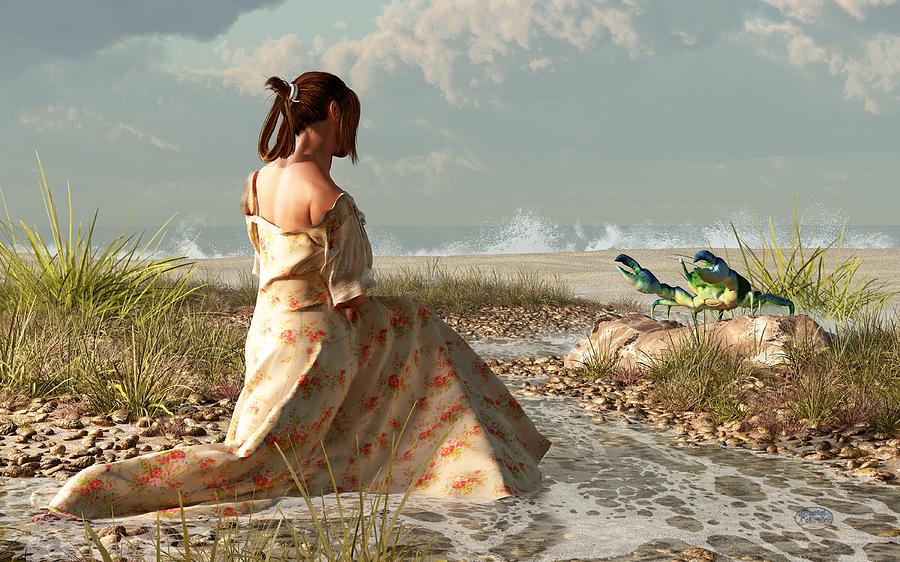 Cancer has an intuitive universe that allows it to show its secret underbelly to the observer. All water signs have the intrinsic capacity to talk about the most essential secrets of life in a way that is understandable to the average person. A Cancerian possesses a unique form of lunar magic that is deeply connected to all feminine power. As a result, the individual is frequently found venturing into the depths of their world in search of the luminous pearl that radiates the light of true wisdom, which can be found in the constellation of Cancer. Cancer is born with psychic and spiritual abilities, and whenever they employ this potent skill, there is usually a strong element of superstition around it. Others may not always trust their capacity to immediately sense something, but the Cancer has always depended on their instincts and gut emotions in their daily lives and has rarely ever been wrong. The Moon is particularly adept at eliciting such inner revelations in Cancer, as evidenced by their knowledge of something without the need for any kind of rational explanation.

When it comes to the day-to-day activities, there is a strong and intimate link with the onset and cessation of the emotional cycles. Higher up, the individual gains an understanding of the mystic wisdom of reincarnation and all that is tied to the sands of time, among other things. As a result of their strong connection to the Moon – which serves as both the measure of life and the beat of the womb, and who is also the queen veiled in mystery and ruler of the tides – they are able to do this. The Moon has a strong and rhythmic influence over our lives as well as the lives of the water creatures. To illustrate this point, once a year, at the Full Moon, hundreds of thousands of horseshoe crabs congregate on the beach to mate in large numbers. Every one of them has responded to the same call, which came from the depths of the ocean, where no light can ever reach them. We all pick up on and respond to the Moon’s internal operations on a subconscious level, and we can all feel her internal processes at work. Because Cancer has such a strong connection to this luminous planet, they are bathed in the light of the Moon’s caressing face, which inspires much of their deep, profound, creative, lyrical, and psychological realisations.

Cancerians are dominated by the Moon, which functions as an internal clock and provides them with a profound link to the past, as well as the possession of a vivid memory that can be traced back many Moons ago. Going backward is often more comfortable for this soul than going forward, because it is more familiar. Those born under the sign of the Moon crave safety and stability, and will always be drawn to what they are already familiar with, even if it is to their own harm. The Moon is believed to be the repository for our deepest memories, and some astrologers think that the Moon has a record of our whole past existence. The spells of all existence ensure that we never forget anything, and that everything we have ever felt and experienced continues to exist in our hearts and minds.

Cancer is a watery, emotional zodiac sign, and the aim of emotions is to make us feel more connected to other people in our lives. Lunar individuals, in particular, might feel unusually exposed to the emotional world, and they have developed an outer shell to protect themselves from this vulnerability. We may all be paralysed by fear of our own vulnerability, as we  are concerned about getting overwhelmed and losing control. We have the ability to keep emotions buried, to put them aside, and to stuff them back in. Others may consider emotions to be unreasonable, undesirable, and even dangerous in some cases. Those born under the watery signs (Cancer, Scorpio, and Pisces), on the other hand, feel most at ease in this environment. When it comes to interpreting subtexts, undercurrents, and nonverbal expression, Cancer individuals are extremely adept. They can detect when there is a different atmosphere in the room by using their emotional sensitivity. The tone of voice, rather than the words themselves, is the most reliable way for most water types to discern emotions.

Moodiness is another characteristic of Cancer, and it is a feeling that can last anywhere from a few seconds to several minutes to an hour. If it continues for an extended period of time, it is referred to as a mood. Whether they are feeling depressed, weak, or insecure, their strong intuition serves as a guide throughout their lives, assisting them in surviving in a chaotic environment. In some ways, this feeling of knowing has always been with them since they were children, and it has become second nature to them. It is a moon magic that cannot always be explained scientifically.