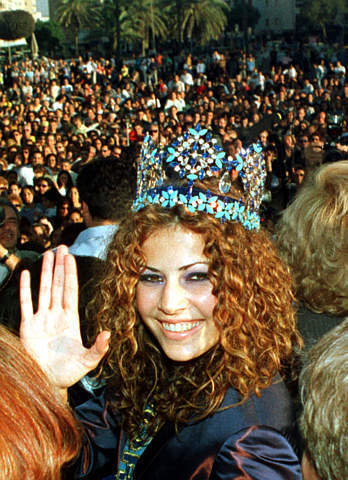 Miss World winner, Linor Abargil, won the competition in 1998, only 6 weeks after being raped at knifepoint by her travel agent.  The trailer of the documentary made is really well worth watching, for more insight into what happened, along with the emotional impact, trial and journey from hell to healing. Out of this whole ordeal much good has been accomplished and Linor is now a wonderful advocate for others, going through the same experience. The transits for this intense period of time in the beauty’s’ life, would have been intense, enormous and life transforming.

Even without an exact birth chart, we should be able to see something triggering all of these potent events. Indeed, the horoscope reveals transiting Pluto (Lord of the Underworld) was forming a square to Linor’s natal Mars and this is an aspect notorious for sexual abuse, violence, and rape in astrology. Usually events around a Mars-Pluto transit can lead us into dangerous areas, especially involving men. We usually need to be hyper-alert and really careful about who to trust.

At the same time, this can be an emotionally exhausting, competitive, and powerful time, as much can be accomplished with such massive reserves of strength. Undoubtedly, Pluto transits make us up grow up quickly, and the world can be massively different afterwards, usually through a changed perspective.

Here is a snippet of the reading for Mars-Pluto natally, but it is still the exact same energy in transit:

There is a difficult side to these contacts that are frequently linked to the charts of sexual abuse, rape, suicide and murder victims. I have also witnessed sweet and lovely people with this contact that don’t appear to have a competitive bone in their entire body, but then be taken over by such a twisted fate. Something that is completely out of their hands confronts the person, and forces them to find hidden strength, to fight tooth and nail for survival, until they really are a force to be reckoned with. It is hard to know why this happens. Many astrologers are saying that sexual abuse, life-threatening illness, or violence occurs because there is a ‘repressed’ rage, but this kind of explanation is not the most helpful one.

I don’t think any astrologer, no matter how brilliant could offer a real reason or justification, but there does seem to be some kind of destiny at work that ensures the individual uses their Mars. The person does discover a powerful drive for expression that they didn’t even know existed… External circumstances may change the individual’s destiny completely, and life takes on a whole new meaning. The internal fight could come through the body with a plutonian aspect and they battle against cancer, abuse, or a horrific injury. A sense of being powerless to something larger and pitted against an enemy, they don’t stand a chance with. A Mars-Pluto aspect is a conduit for the powerful energy of transformation. Pluto is connected with a life and death struggle.

At the same time, there was also a Pluto trine Venus aspect, which relates to beauty, being the vehicle for transformation. The power of the individual’s attractiveness is usually heightened and this may have given an edge for winning the competition. Another interpretation can be hidden desires and a powerful focus on aesthetics, along with a deep, meaningful, and transforming change of values.

Natally, Linor is a Sun in Aquarius square Uranus individual and possesses progressiveness, idealism, and can be a law unto herself. This lady would hate to be pigeon holed and would like to think of herself as something of a rebel/reformer. The TRUTH is everything to Linor, and she will have a fierce love of independence, will be open to new ideas and this sign/aspect can drive people into politics, social affairs and activism. Linor genuinely cares about the greatest good for all, and can also run into authority figures and clash with the law.
The Sun in Aquarius is also trine Pluto, and this means Linor is the kind of human being that needs to make social change in the world. She is proud and can be passionate and dispassionate, and will have a magnetic personality with a compelling blend of broad social issues with a passionate need to be involved, a student of human nature and an intensive personality facilitating transformation with intense principles. As it turns out, she has become a role model for other woman to step forward and break their silence. Linor was beautiful as the winner of Miss world 1998, but is even more stunning in her new role as a global champion for rape victims.
(Linor also possesses Mars conjunct Jupiter a contact famous for fighting for justice.) 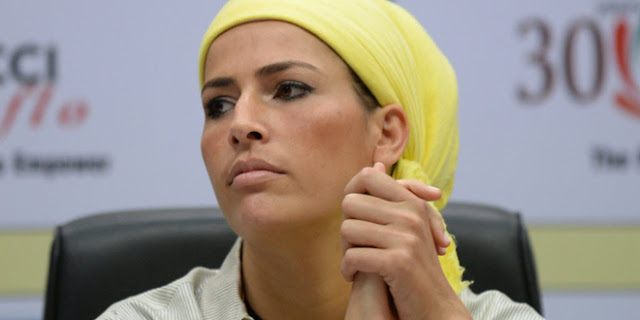 NETANYA, Israel — When 18-year-old Israeli beauty queen Linor Abargil was crowned Miss World in 1998, the tears streaming down her cheeks appeared to be the overwhelming joy of a young woman fulfilling a childhood dream. Few knew the painful truth behind them — that just six weeks earlier she had been raped at knifepoint.
Unlike most victims of sexual assault, Abargil refused to keep quiet. She pressed charges, spoke out publicly and testified at a trial that sent her attacker to prison for 16 years. Her ordeal inspired other Israeli women to break their own silence and in the process, she became a national symbol who helped destigmatize rape in the country.
Today, the 34-year-old mother of three’s crusade against sexual violence is going global, thanks to an international speaking tour and new documentary, “Brave Miss World,” in which she details her ordeal and speaks to dozens of other victims, many of whom shared their tales of terror for the first time.