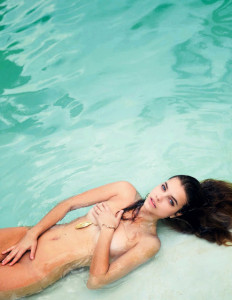 Psychologically, Neptune substitutes things such as security, safety, and what is known for something vaster. It is a huge energy on the astrological chart, and can easily make us surrender to life itself. It rules over all chaotic feelings, and can easily un-focus the lens, making us inclined to dream, sometimes impossible dreams, and we yearn for far-out things.

The blue planet rules what is transformed or altered in the exact same way our perceptions are changed by mind altering substances. The outer planets (Uranus, Neptune, and Pluto) have a powerful impact upon our consciousness and we find ourselves in the realm of more enlarged powers, perceiving something far greater than the self.

Neptunian power can be trippy, and we extend our being into the waters of the unlimited, infinite and continually creative. The vast ocean of Neptune is the power of the imagination, unconscious, and it encompasses more aspects of the soul. It embraces timelessness and takes us beyond the mundane, feeling a sense of oneness, immersed in a sea of an interconnectedness. It rules mystical experiences, bringing new insights into the plane of awareness, taking us on a magical mystery ride.

Neptune refers to more than individual factors in life and is symbolic of the paradise longed for, the ideal situation. In Liz Greene’s book, Neptune and the Quest for Redemption, this longing is given as the primary drive of the planet, separating it distinctly from any other energy, and it is what stands behind its archetypal core. The downside is that it can create false feelings of oneness, and sense of heaven by turning towards illusions, delusions, drugs, alcohol and all kind of addictive substances.

Neptune will always strive to exclude some part of reality, preferring to see something else. The psyche of any individual can be quite fragile, but some people have a stronger ego and defenses than others. Overall, when Neptune washes over an individual life, it can dissolve well-defined structures, and open up the personality. It can be prominent in the charts of poets, musicians, novelists, artists and also mediums. Folks with this energy strong can be sensitive and intelligent on an other-worldly level, but it can also mean they are passive and negative and many can be found drifting into the world of dreams and fantasy.

Anything to do with the sea attracts Neptune types because of their watery nature. The personality also tends to be more fluid, flexible, enabling them to slide into different roles. Hence, they also make good actors and can also be maddeningly elusive, spending way too much time wandering endlessly down back roads. Neptune is thought to be a highly dangerous planet in the horoscope. It’s mainly due to its vulnerability and potent desire to escape reality, and it can rule all things eternally adrift, which dissolve or die.

Some Neptune folks meet the tragic fate of going missing, and being forgotten. The wasting away of energy, and with no desire to help the self. The grip on reality and life is not strong enough for the soul to create its impact. On the dark side, it can seduce an individual into a terrible whirlpool, make them fall under exotic spells, and mostly leaves an individual lost in a fog for many years.