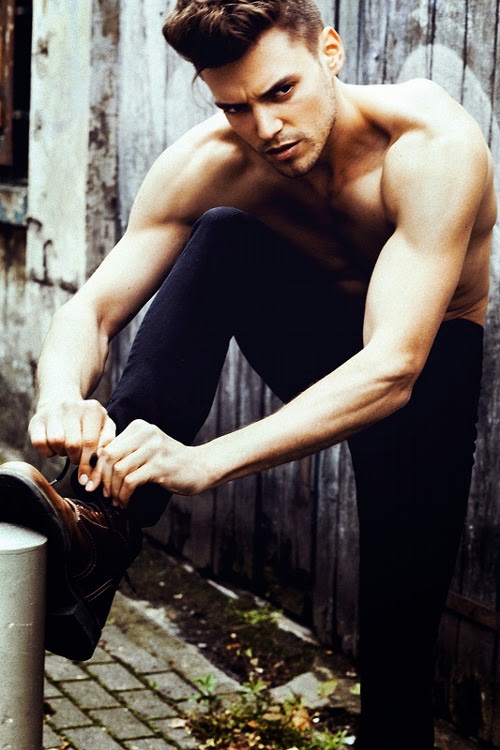 In Hades underworld, there is a place reserved for his Queen, but by force he takes her. The woman’s heart, he wants to possess and soul, he wants to own. He kisses her with such intensity it takes her breath away. Scorpio never feels more alive than when in love he is teeming with passion, with fire running through his veins. Love can make us feel like we are unbeatable, unstoppable and unshakable…, but as they say everything can change in just one day, that is all it takes.

Love never runs smoothly, but it is about to turn for the worse, and this love is about to face its biggest test. The telephone rings and he answers hearing a voice on the other end confirming his worst fear that he is not the only one; his true love has been with another man. The night turns bitterly cold, and he throws his glass at the wall and watches as it cracks and splinters on the floor symbolic of his now shattered love. He then retreats, sitting in darkness, in the shadows, brooding, self-protective, clutching his self-respect in his iron grip. The storm has hit out of nowhere, it feels as if a thousand needles have pierced through his heart. He doesn’t want to let her go he loves her deeply, but once wounded it is so hard for him to forgive.

The Scorpio man going out of his mind and feeling like he is about to lose all control picks up Proust turning to the part he book marked, it resonated with him at the time, but he didn’t know how profound those words would be right now. Proust talks about the hidden side of others, the things we cannot possibly know. When discovering the true lives of others, the real world beneath the world of appearance, we get as many surprises as visiting a house of plain exterior, which inside is full of hidden treasures, torture-chambers or skeletons. He mused further on how we don’t really know anybody; every person still has an element of mystery, something hidden and he always felt this deep in his heart. Others call him paranoid, but he has seen a lot in life that has taught him otherwise, he has witnessed the uglier side of human nature. Usually he was gifted at seeing through others, knowing when they were being untruthful or there was something more to the story. He hated himself for not seeing it sooner. She betrayed him, how could she hide what she’s done. Scorpio is nobody’s fool, not for a second. The standard definition of betrayal is the breaking of a violation of a contract, trust or confidence.

People say you can’t see in the dark, but it was in the blackness where he could now see the stark reality, his senses felt more acutely. Was she just playing games with him having fun with his heart, taking his loved for granted? Pluto and Scorpio’s love are never given to just anybody, why couldn’t she see that, now it’s all turned to badness. I loved her so deeply, completely, with every cell in my body, nothing else mattered. I wanted to love her totally. I would die for her, kill just to be around her. I couldn’t get her off my mind. At times, the hunger was so insatiable, but what I am trying to say is that I would have done anything for this woman. In return, she owned my love I had no interested in anybody else I was hers. Instead, she returned her love to me by twisting the knife deep into my heart. My scars her lies, how could he have got so wrapped in every kiss, she poisoned,” he cursed. I don’t even know her anymore, she’s dead to me. I don’t know who I was lying next to for all this time.

He suddenly remembered a Jon Bovi song: “This Romeo is bleeding, but you can’t see his blood… Now the pictures that you left behind are just memories of a different life. If you told me to cry for you I could, if you told me to die. Take a look at my face, there’s no price I won’t pay. Well, there ain’t no luck in this loaded dice.” Fate has a cruel sense of humor, and those memories of her are now tarnished. The price of love leaves a heavy debt to pay; it is worth all the pain?

The bags I carry in life are often far too heavy, bearing more grudges than one human heart should hold. Welcome to hell should be my slogan. I won’t lie, I have a sordid past and some bad tattoos. We have all been through some shit. Now her face, her memory, the smell of her perfume is branded on my heart, but I won’t let it show, I won’t let her know that she has torn my insides out, that this love has thrown me to the wolves. When I see her again, she will long for the way I used to look at her. My eyes could lock on hers so tightly, I could not look away, and she was my obsession. There will be no affection in my eyes now, no love, only repulsion, and that’s even if I let that emotion show because I don’t want her to have the gratifying feeling of knowing she has any power over me whatsoever. I have the control. I will show nothing.

What does betrayal taste like? Mostly like poison for it is the death of love. My anger is powerful, a weapon of mass destruction, I plot their deaths in my head it offers some release, and there was a time when jealousy, insanity and the horror of seeing the one you loved by another man meant you would walk out of court a free man, it was understood, he was driven to it. It’s madness that shakes your soul like an earthquake leading to all destruction. Then my body goes numb and I no longer care, but the depression turns to rage, she hurt me that night, there is no going back to the way things were. What happened to forever? What does forever mean to that bitch, he cursed. Everything is about to go up in flames and she lit the match. I need to confront, punish at least, try and see the reason why. I suddenly felt cold, colder than I have ever felt before. The wind turned icy, and I collected my things and set off to go meet her one last time… What once was, there is there no more, now it’s time to say goodbye. I never wanted to say goodbye.