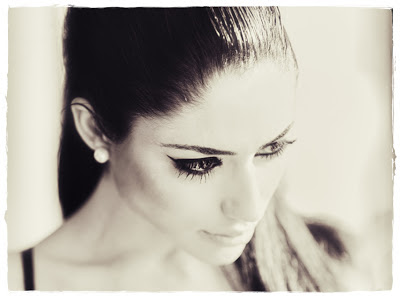 An individual with Saturn in the 10th house, will often feel that they must achieve something in the world. Consequently, they’re dealt with frustrations dealing with anxiety and fear around their craving to amount to something. They are very sensitive and aware of their status and position and determined to make whatever career goals they have into a reality. However, as Saturn is the planet of time, limitation and delay there is usually a struggle.

Saturn here is often challenged by authority figures (like attracts like). Ultimately, since the 10th house rules the most public of places, it is here where these people need to overcome a fear of failure and be willing to assume responsibility. It is important for them to realise that the measure of achievement should not always be dependent on how well they are doing in the eyes of the public. Roles that they are handed are always taken seriously, and sometimes they shy away from it all because the fear of not succeeding is too great.  Alternatively, they’ll work ferociously as if they are proving to others that they are capable of handling a role of responsibility. With this intention their over-achieving hides a deep sense of vulnerability to others criticism, a feeling of inadequacy and a fear of failing.

Karma or destiny frequently hands them more responsibility without any help or support. Additionally, they have to wait longer for that promotion to the point of feeling like throwing it all away. They may feel as if they are always having to be put to the test. The person will often pile on the extra work for themselves in order to show others that they are successful at managing and earning respect. Saturn is placed in its own house and it is believed there is more of a drive than any other placement of this planet to make their mark on society. The position of Saturn in the 10th house can be projected onto to others and they can live all this ambition and need to be successful through someone close.

Traditionally, it is thought that Saturn here may bring a downfall, humiliation in the face of others, and often too much responsibility falling into their hands. The individual may take great care in controlling everything around them to ensure that they never put a foot wrong. The roles they face involve nothing but hard work and they’re only human and everybody makes a mistake. It is only by learning from our failures that we know the right way to do something. Astrologer Liz Greene suggests that it is through the family line where those with Saturn in the 10th house have felt rejection and isolation. Stemming from this kind of past reveals something deep (in the present) about the need to prove themselves to others, rather than a need to make it on their own terms.

Despite all of these challenges, Saturn in the 10th is usually successful, the drive, ambition and need to rise to prominence is all there. In the beginning, there may be a stronger drive to prove the self to the outside world but this transforms over time into a sense of real inner success. The person needs to structure, shape, and define themselves in a material sense. By and large, it is the gaining psychological insights into their motives for authority, high aspirations, and goals that they can authentically begin building, and preparing  for their sense of influence and power on society at large.