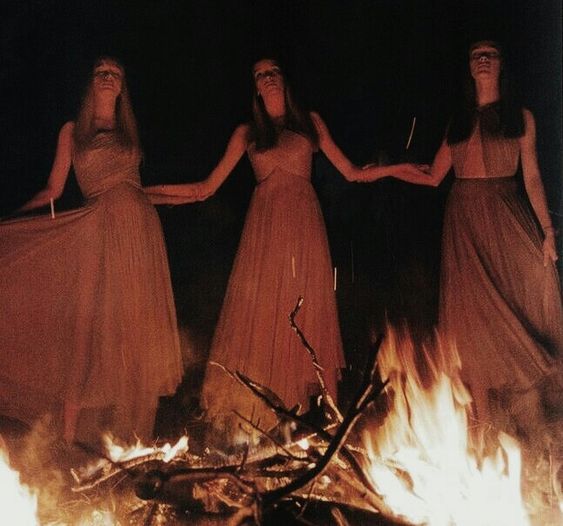 Empedocles, a fifth-century BC Greek philosopher, recognized Fire, Earth, Air, and Water as elements. He enlightened us with the idea that the nature of the universe consists of two opposing values called love and conflict operating within the four elements and quantified that these four elements were all equal, of the same age, that each governs, its own province and each possesses its own individual character. Different mixtures of these elements produced the different natures of things.

So, what is the nature of the fire signs? First off, there is a strong self-expression which is common with the fiery trigon (Aries, Leo, and Sagittarius), they are classed among the positive signs and are described as extrovert. The fire signs of the zodiac are a like a riot of color, with bursts of exuberant laughter, and loud roars. We meet in them in a tropical heatwave, and they are often animated, along with being the life and soul of the party.

Fire people are the most authentically true-hearted; we see them mostly in their true colors. Mostly, the fiery energy lives and loves with no hesitation, bringing the fire blazing. Lady luck seems to shine upon them, and they’re too interested in tomorrow to worry about what is happening today. Independence is important, and many have the travel bug, this restless urge to take flight, and experience something new and exciting. These passionate, intense creatures can’t give a tepid response to any situation, they are a fully fueled fire and with a little kindling burst into action.

Moreover, they are romantic and expansive persons, with a vital connection to our animal instincts (see it, want it). Fire signs are at their most vivacious when in love. The fire signs of the zodiac are powerfully drawn to the exhilaration, passion, and sheer adventure of romance. This boldness toward life is enthusiastic and positive, and being in love intensifies these glowing feelings. While another person might walk around in a love stupor, fire in love positively radiates happiness and energy. When cupid strikes them, all it takes is the touch of a match to set this soul on fire.

Fire is, of course, intense, burning, and my personal favorite – fierce, but these signs are also the magnetic flame, pulling us towards their bright aura. Watching a fire blazing takes on this illuminating hue, as the flames jump around, describing how captivating, attention-seeking, and larger than life, entirely magical these personalities are in the world. Their contagious warmth and friendliness light up a room. With great enthusiasm, they lead us into an existence filled with wonder, possibility, and adventure. Not ones to dwell on the past, the imagination leads them to a place, where everything is exaggerated, colorful, ablaze by a distinctive future coloration.

Naturally, they have powerful imaginations; fiery enthusiasm and are great fantasists. Of course, as magnificent as fire is for everybody, it is also is unpredictable, wild, and one can easily become overwhelmed by their intense heat. People get burned by fire’s bluntness, direct nature, and careless attitude. They are also prone to accidents, mostly due to the Mars and Jupiter rulership, but we also warned about not flying too close to the Sun through the telling of the Icarus myth, but this was due to too much hubris, so it’s a warning to the fire signs about too much self-confidence and lack of humility and punishment will follow

The individual connection to God is fiery, and fire signs dance with this grand vision, illuminating the globe. The firey trinity of the zodiac, bring forth a light of hope, with signs of future potential opening up. To live life is the most important thing in the world to the fiery trigon, they must be at the center of their hero’s journey, a quest for Self and feel a sense of being unlimited, nothing can stand in the way of fire’s revelation, awareness, and belief. The introverted fiery types often go on the quest for knowledge and search for meaning within the internal realm. Inside the spirit is completely alight with imagination and can be expressed through art.