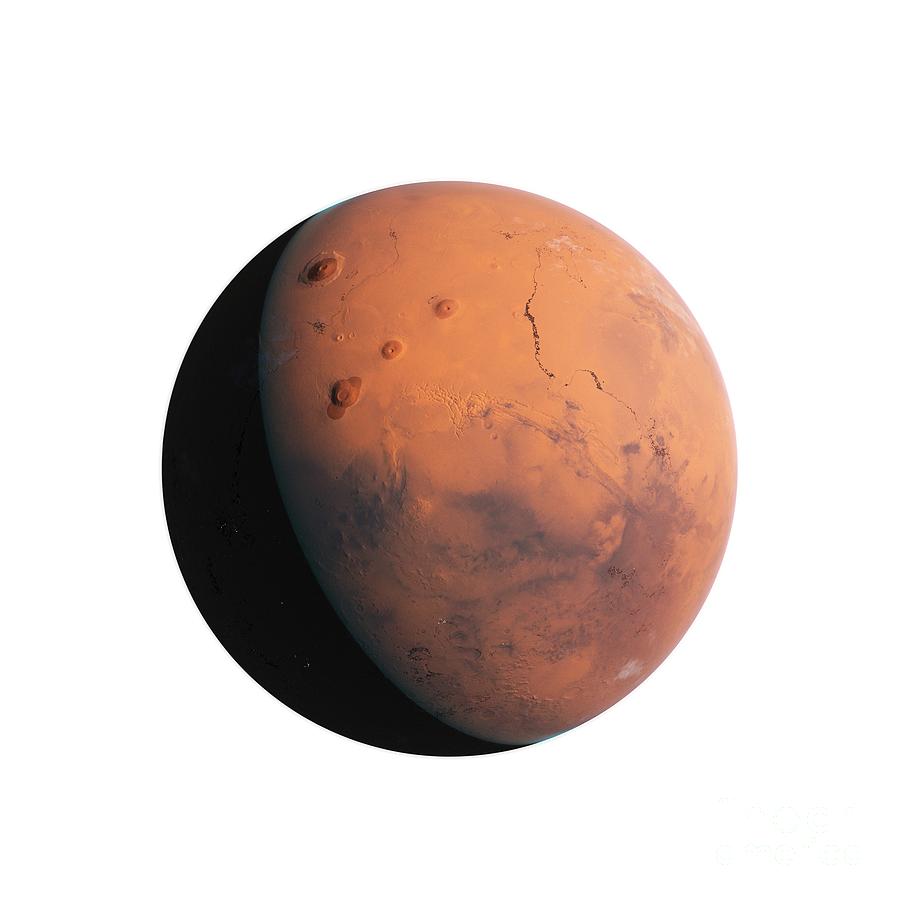 The Sun formulates our goals: Mars pursues them. Through Mars, we learn to act as independent and self-sufficient beings and project ourselves into the world. Mars will give us the courage to stand up for our rights to assert ourselves and express our anger when necessary. The red planet describes what we want from life, and corresponds to our basic drives and motivations.

Mars is concerned with self-assertion. To assert oneself is to declare one’s interests, to affirm, to be positive, to maintain one’s position, one’s individuality, in the face of pressure. The principle of this fiery planet not only helps us fight off unwanted pressure from the outside world but can also enable us to cope when the internal psychological conflict. Psychologically, it represents the heroic archetype. Mars loves testing our strength and courage through competition of all kinds. It shows how we impose our will on the world, and whether we have the mental and physical stamina to follow through.

The Martian impulse is a selfish one, it is concerned with going out and getting what we want. Aspects to our Mars may indicate what we have learned about being selfish when we were young. Some people are told very strictly in childhood that it is wrong to be selfish and then find it difficult late in life to allow themselves to want for something or be able to ask for it. Others are raised in a very competitive environment and are taught the only way to survive is to push oneself forward. At worst, Mars energy causes us to react in the heat of the moment without thinking of the consequence, so this highly volatile and primitive energy works best when it is consciously focused.

I have found that those who are most angrily vocal in the condemnation of individual striving usually have a powerful but difficult Mars in the birth chart. You can see that Mars is never very good on committees and makes a very poor socialist , because it is not interested in principles; it is interested in survival and gratification of desire. The Inner Planets: Building Blocks of Personal Reality (Seminars in Psychological Astrology)

Mars is also the significator, along with Venus, of our sexuality, but whereas Venus relates to the harmony of sexual union and to sensual pleasure, Mars relates to the sexual part of life which involves forcing the issue, chase, conquest, and penetration. Again, this incurs vulnerability. The red planet brings passion and excitement to our lives, the more fully we live life, it stands to reason that we feel more vibrant, potent, and alive. Mars represents male sexuality, and in man’s chart, it shows how he feels about and expresses his masculinity. In a woman’s chart, it describes the qualities she finds desirable in a man, as well as the manner in which she expresses the Mars energy herself.

Mars can also describe a tendency to be too eager to fight, perceiving threats from the outside where none was intended. A mismanaged Mars can incline towards aggression and antisocial behavior. This planet in the chart shows how we direct our energies, our capacity for displaying forcefulness and aggression, and to the extent where our anger can be quickly aroused. It also indicates how far we are able or willing to be hurt and hurt others.

Finally, Mars also represents the courage we need to become independent. We need a certain amount of drive to fulfill our inherent potential, as well as the conviction that we have the capacity to make something of ourselves. Mars assists the Sun in developing our healthy ego so that we can achieve our personal aims. Our sense of aggression provides the impetus that enables us to master the world and learn new skills, both qualities are essential to our sense of well-being and self-esteem. We need some fight in us to turn a potential situation into a concrete one.