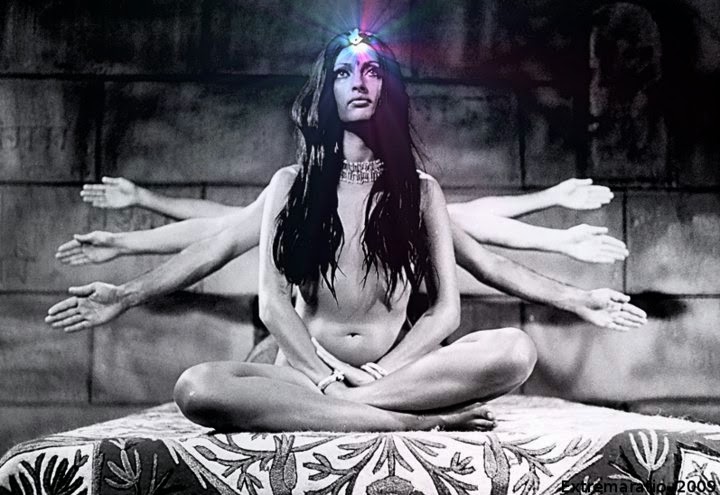 The book Astrology, Karma, and Transformation by Stephen Arroyo came out to the public in 1978.

The idea behind this work is to help the reader understand how astrology can be used as a tool for enlightened awareness, with a focus on how our astral-art can transform us.

This book gets a lot of ideas from astrologer Dane Rudhyar, but it also looks at its subject from a philosophical, humanistic, psychological, and even spiritual point of view.

A child is born on that day at that hour when the celestial rays are in mathematical harmony with his individual karma. His horoscope is a challenging portrait, revealing his unalterable past and its probable future results. But the natal chart can be rightly interpreted only by men of intuitive wisdom…Fate, karma, destiny – call it what you will – there is a law of justice which somehow, but not by chance, determines our race, physical structure and some of our mental and emotional traits. The important thing to realize is that while we may not escape our own basic pattern we can work in conformity with it. That is where free will comes in. We are free to choose and discriminate to the limits of our understanding, and, as we rightly exercise our power of choice, our understanding grows. Then, once having chosen, a man had to accept the consequences of his choice and go on from there.

According to the Vedas and the Shastra, which are two ancient Indian texts, souls travel from the astral world to the physical world along the Sun’s and Moon’s rays. No one really knows how old these texts are or where they came from. If the soul is the most important part of God’s power, then it must be complete and whole on its own. But when the soul incarnated into realms of duality, like the material world, where there is always good and bad, day and night, male and female polarities, it seems that the soul polarises according to where the Sun and the Moon are. These are the Sun and Moon principles, which don’t show up in humans in their purest form. This means that it shows up in both the conscious and unconscious parts of being.

In each of the twelve chapters of the book, the zodiac signs are shown in a beautiful way. In the first chapter, Karma and the Universal Law of Cause and Effect are explained.

Arroyo says, “It shouldn’t be a surprise that someone who plants thistles can’t hope to get roses in return.

There is always a reaction that is both opposite and complementary to an action. He also makes the implication that if this state of balance is not maintained, the universe will devolve into chaos.

It’s possible that karma is linked to reincarnation so that people can live many lives and learn spiritual lessons like love, patience, and moderation.

Ancient traditions look at karma and decide that self-knowledge is the key to awakening to one’s own needs, potentials, and purposes, which can have very long-term effects.

In the twelfth chapter, we learn that Arroyo has a lot of planets in his 7th house and that his main role in astrology has been as a counsellor or consultant. One-on-one counselling has always come naturally and easily to him, and it has also been a great way for him to learn. The author says, “The wonderful thing about Dane Rudhyar’s work is that he keeps reminding us of the greater purpose of astrological work…the astrologer serves as a channel to a dimension of order, knowledge, and insight that is usually inaccessible to other counsellors.”

As a person uses astrology regularly over a number of years, he or she can improve their intuition, become more psychically sensitive, and have a sense of wonder that knows no bounds.

As the astrologer keeps using astrology, he finds out about some of these benefits.

The astrological counsellor is often like a medium, with an antenna that reaches out to the universe and picks up on parts of experience for which there are no ready psychological terms or sometimes not even logical explanations.

This is the main reason why, at its best, astrology is a completely individual art that can never be computerised, dogmatized, made into a religion, or, perhaps surprisingly, taught like other “subjects.”

But how does one start to tune in to other dimensions, which are represented by a strong accent on the planets beyond Saturn?

I think that the answer is to be open and keep practising. One must keep attunement by using those developing skills all the time. If one only “does a chart” once a month or so, all momentum in the development of these new skills would be lost… Astrology is a challenging and difficult-to-understand art that can only be fully understood and used in real life if it is practised often and in depth.

Reap What You Sow

This book, Astrology Karma and Transformation, is mostly about how astrology works in terms of reaping and sowing.

When we decide to take care of our own astrological garden, the process of change can begin. You will harvest what you plant…

It’s also about how we use our awareness and the power we have to make more lasting improvements in our lives.

In the end, Arroyo thinks that the chart shows that where we are right now is because of what we did in the past.

These time-honored routines are difficult to alter because they are so deeply ingrained. Because of this, there is a pressing need for an even stronger commitment to one’s own personal growth and knowledge of oneself, which will assist us in becoming more complete, happy, and enlightened individuals in the years to come.

It is not a simple matter to change powerful habit patterns simply by applying a bit of old-fashioned “willpower.”

It takes a lot of work and dedication. To gloss over these patterns with the foolish jargon of some of these “New Age” psychotherapies or philosophies that inflate the ego by encouraging people to assert things like “I’m taking charge of my life; I make everything happen; I know that I’m making myself suffer; etc.” does not fundamentally alter these patterns either.

The development of the human spirit is much more nuanced than that.

When faced with a challenge that is too difficult, the time-honored strategy of “where there’s a will, there’s a way” to solve one’s problems is rendered ineffective.

And the attempt to rationalise one’s conflicts and spiritual crisis out of existence will only stop the flow of life energies for a short while.

This will be quickly followed by a torrential release of power that blatantly reveals the superficiality of pseudo-spiritual escapism.

Karmic patterns are very real and carry a lot of weight.

After hearing a short speech on the benefits of positive thinking, you shouldn’t expect your bad habits to go away overnight. These forces of life need to be recognised, accepted, and given the right amount of attention.