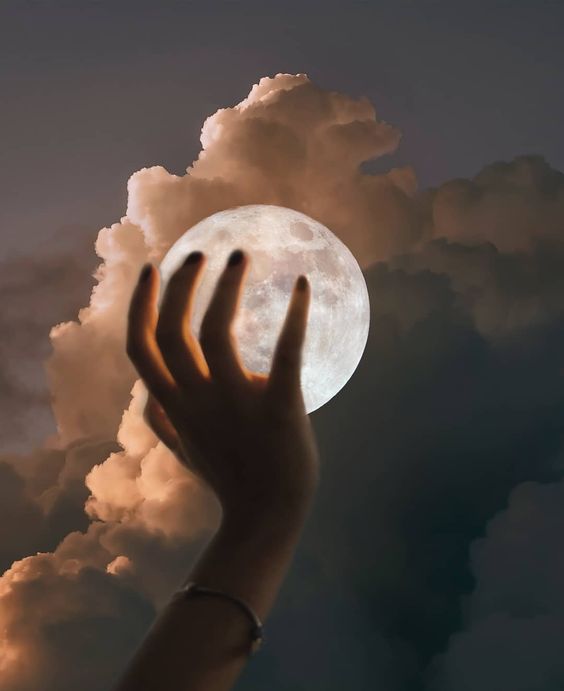 When the Moon is in Aquarius, you are significantly more concerned with issues that affect mankind as a whole than you are with those that affect just one individual. As a result of the Moon’s position in this sign being emotionally charged with future aspects, you have an instinctual understanding of societal trends before they manifest themselves, and you are fed by ideas and patterns at work in your surroundings. Engagement with the media may be a good fit for you because your sign is drawn to the centre of attention, whether it’s for political, fashion, or artistic events or social activity. In the zodiac, Aquarius is the sign of humanism and a social observer who takes a step back to observe life. Air signs, according to astrologer Liz Greene, are “fly on the wall” sorts who need to talk and observe sentiments from an intellectual and safe distance.

Rising Above It All

Air is a light substance that comes and goes with our breath and voice. It is boundless space as well as the element of winged creatures. In this case, it implies the prospect of rising above the earth and observing things from a different viewpoint, with a sense of detachment, possibly losing contact with the ground or rising above oneself. In the emotional world, you must be free of bad feelings such as greed, fear, wrath, and envy in order to rise above it and achieve success. Emotions that may be seen as selfish and demanding are frequently suppressed or ignored. Your Moon in Aquarian philosophy is primarily concerned with social concerns, ethical norms, and equality As a general rule, you despise confinement and excessive emotionalism, and prefer to maintain your composure under pressure. It’s possible that family connections and attachments are not as essential to you as they are to the majority of individuals. In your personal relationships, you insist on a certain level of independence and the ability to develop friendships with as many people, of both sexes, as you desire. You are not interested in a possessive partner and do not appreciate being dominated by one.

The Need for Friends

You feel most at ease in an environment that is open and experimental; you require verbal and social contact because seclusion has the tendency to cause anxiety in certain people. Because your Moon is in Aquarius, your personality is inherently kind, attentive, and dispassionate; you provide objective advise and have a propensity to intellectualise things. However, if you apply this to your own one-on-one relationships, you may come out as extremely aloof or dispassionate. Those who are born under the sign of Aquarius have a strong need for “friends,” and their energy thrives in groups that foster and share the same values, beliefs, and vision. If you are looking for common ground with others, it is likely that you will see it. You will frequently push others to consider the bigger picture in any given circumstance.

Dana Gerhardt has stated the following:

As a beginning astrologer, when I made my first tentative offers to read charts for friends, Aquarians were the first to step forward. Aquarius Risings, Aquarius Suns, Aquarius Moons—they were all intrigued by astrology. They didn’t need my profuse and nervous disclaimers that I couldn’t predict their futures. Whatever it was I could tell them, they found fascinating. Those early sessions were so affirming. I’d say “You’re a unique individual—not like the rest of your family.” They’d nod their heads. I’d say “People, especially friends, are important to you,” and they’d say “Yes, that’s true.” When I said, “You’re creative and a bit rebellious,” not one disagreed! Their sheer friendliness allowed me to think I was becoming a good astrologer.

Aquarius is one of the most likeable signs of the zodiac. If you walk into a roomful of strangers, feeling awkward and shy, an Aquarian will likely break ranks and welcome you, as happy to see someone new as greet an old friend. This sign has a genuinely curious and unpretentious manner. No wonder its natives seem to know everyone in the room. And when their eyes turn on you, you can suddenly feel so interesting. Think of Oprah Winfrey—the Aquarian talk show host—whose effervescent rapport with guests and audience allows millions of viewers to feel like she’s a dear friend.

A Scorpio client once complained, “I have the hardest time with Aquarians. Like my daughter-in-law… she’s so detached, always doing for everybody else. My grandson got hurt on a gate at daycare. I was furious. I wanted to drive down and yank him out if they didn’t fix it immediately. But instead my daughter-in-law gets a toolbox and the whole family heads to the school to fix the gate themselves. ‘That way,’ she tells my grandson, ‘no one else will get hurt.’ Can you imagine?” She shook her head. Water sign Scorpio is so intensely emotional, that the cool efficiency of Aquarius can be derailing.

But detachment does not provide protection. Aquarians do bleed from their social wounds. I first learned this from my good friend Molly. With her Aquarius Moon, she’s a citizen of the world. Wherever we go, restaurant, concert, meeting, or hike in the woods, we run into someone she knows. True to the eccentric and egalitarian nature of Aquarius, her eclectic interests connect her with a wide variety of people. Molly knows bikers, classical musicians, drug addicts, and recovering alcoholics; also, equestrians, born-again Christians, native American traditionalists, holistic health practitioners, dog breeders and more. Yet social rejection has been her recurring theme. Reading for Aquarians over the years, I’ve learned to ask this standard Aquarius question: “Have there been times when you felt like an outcast?” The answer is always yes.

The Moon in Aquarius is open-minded, non-judgemental, and in need of being well-informed about current events and social issues. Secrecy and noncommunication would not sit well with Aquarius, and planets situated in Aquarius function with high standards of decency and honesty, and they will give people space. Sue Tompkins believes that solid platonic relations with women are essential for this placement. You need to stand out from the crowd and avoid being pigeonholed can be overwhelming and seem alienating to some people. You have a natural aptitude for invention and innovation, as well as an intuitive knowledge of technology. When your Moon shines brightly, you have genuine flashes of true genius, and you have an innate desire to make the world a better place. Consequently, for you, security may be found in the realm of thoughts and spheres that are not influenced by the imperfections of the physical world.

Moon in Aquarius: This gives some inclination for astrology, fortune telling, dreaming, visions, mediumship, mysticism, and the occult generally. Subjects that are unusual, original, eccentric, and novel, attract you. You may become a freemason, or join some secret or mystical society, association or brotherhood. You are broad and humanitarian in your sympathies; fraternises readily with those who are congenial to you, you’re easily drawn into the company of such, and will be found in some club, society, association, or group of those similarly minded. You have an inclination for political, educational, and scientific work, and may join any movement or public body relating to these; you also have some inclination for local politics and municipal affairs. You’re sociable and sympathetic in manner, and desirous of the good opinion of others, and yet may be very independent, unorthodox, and unconventional at times.  Alan Leo